Apple worth $1 trillion for first time in 2019 after detailing new iPhones, streaming pricing

Some analysts worry about the margin impact of Apple TV+ bundle, but market cap closes at $1.01 trillion 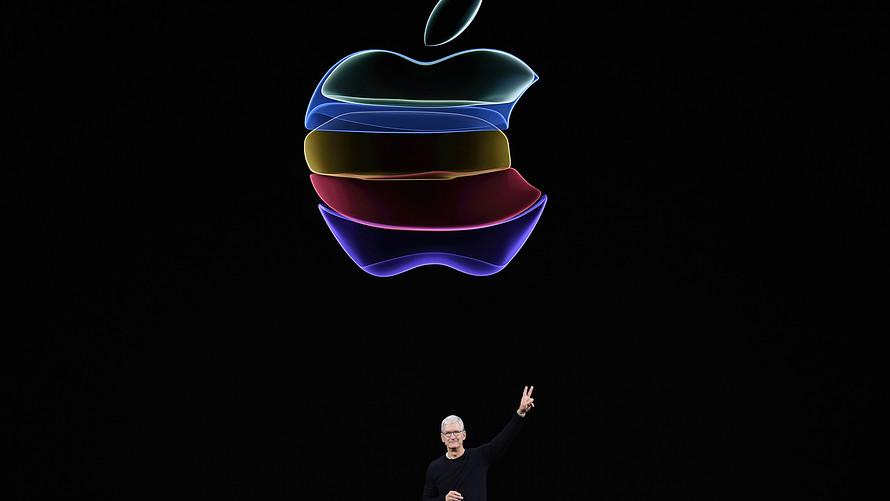 David Paul Morris/Bloomberg
Apple will charge $4.99 a month for its TV+ streaming service and $699 for the cheapest iPhone 11. Both price points came in below expectations.

Apple Inc. reclaimed its status as a trillion-dollar company Wednesday, hitting that level for the first time since last November on the day after it showed off its next iPhones.

Apple /zigman2/quotes/202934861/composite AAPL +0.55%  introduced its new lineup of iPhones and revealed pricing details for its forthcoming gaming and video subscription offerings Tuesday. Though there were few product surprises in Apple’s latest announcements, the company’s approach to pricing was unexpected and indicated a change in strategy.

Apple shares gained 3.2% Wednesday, giving it a market capitalization of $1.01 trillion. Apple shares have climbed 40% so far this year, as the Dow Jones Industrial Average /zigman2/quotes/210598065/realtime DJIA +2.05% , which counts Apple as a component, has risen 16%.

In notes released Wednesday morning, analysts said they expected the company’s pricing moves to make its ecosystem more affordable, though they were divided on whether this approach will have a meaningful impact on the company’s financials in the months to come.

“We believe lower [average selling prices] make sense as price elasticity has really kicked in for iPhones this year,” wrote Barclays analyst Tim Long, who rates the stock at equal weight and upped his target price to $207 from $192. “While all these actions should help units, we believe gross margins will come under more pressure.” 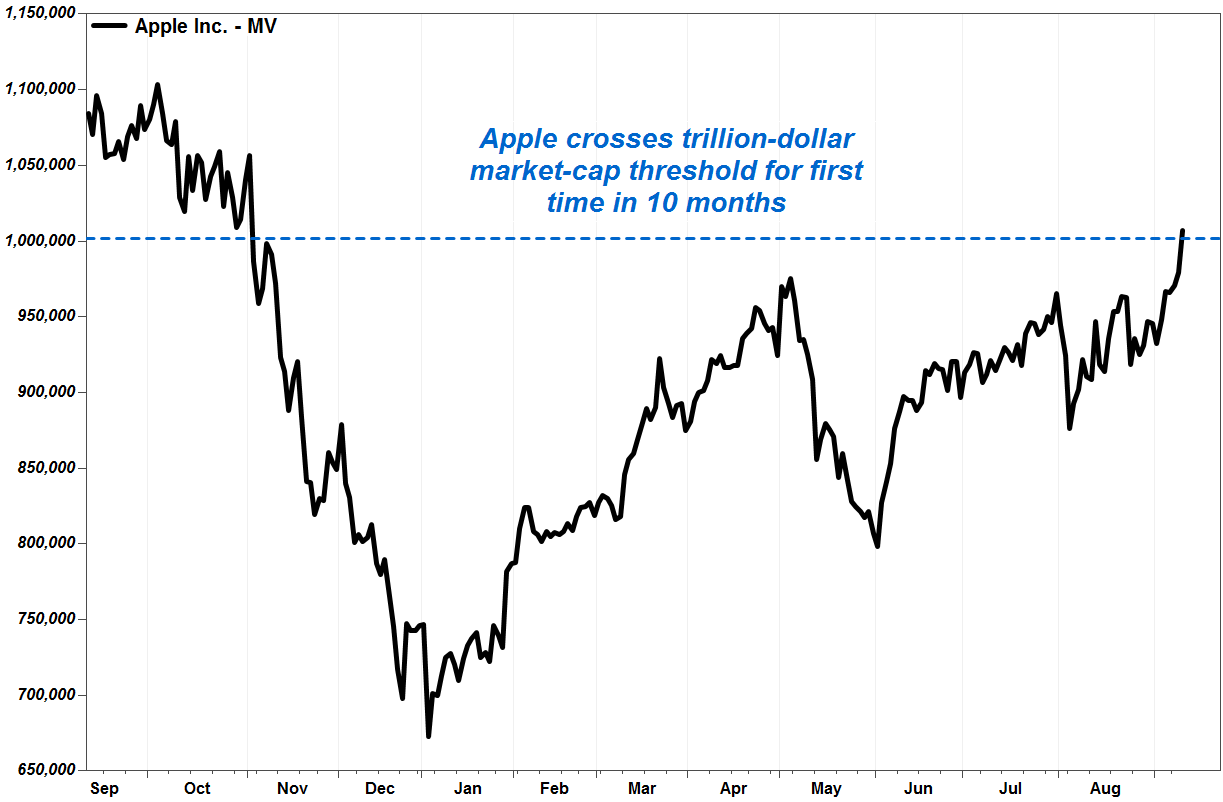 Long called Apple’s $4.99 monthly price point for the Apple TV+ video service “reasonable” given the company has a limited library at the outset, especially relative to competitors like Walt Disney Co.’s /zigman2/quotes/203410047/composite DIS +2.89%  Disney+ and Netflix Inc. /zigman2/quotes/202353025/composite NFLX -1.25% . Apple is giving away a year of the service for free if users buy a new device, which Long expects will help the company amass a sizable base of subscribers at the outset, but at the expense of margins. This comes as Apple is reportedly spending billions of dollars on programming.

Macquarie analyst Benjamin Schachter said that Apple’s offer for a free year of Apple TV+ with the purchase of a device suggests that the company is prioritizing lifetime value of its customer base and seems likely to offer a bundle similar to Amazon.com Inc.’s /zigman2/quotes/210331248/composite AMZN +0.24%  Prime down the line. While he thinks the new services could help boost Apple’s ecosystem, he doubts they will be able to move the needle much for Apple.

“We don’t view any of the new subscription products (video, games, news, music) as remotely meaningful to earnings on a stand-alone basis,” he wrote in a note to clients. “Services are not all created equal and investors should keep in mind the margin profile of each offerings. In our view, even if video is a wild success for Apple (attracting 50%-100% of Netflix subs), it wouldn’t move long-term EPS more than 0.5%.”

Schachter rates the stock at neutral with a $210 target.

Bernstein analyst Toni Sacconaghi was more upbeat, saying it was an “extremely clever” move for Apple to bundle Apple TV+ with new devices and offer a low price for other subscribers.

“Apple TV+ will now potentially reach 200 million+ Apple customers in its first year of existence,” wrote Sacconaghi, who has a market-perform rating and $205 target on the shares. “Even if only a fraction of those customers converts to paid subscriptions after 12 months — which, at only $5 per month, increases the odds of conversion — Apple TV+ could accumulate tens of millions of paid subscriptions by the end of 2020 – potentially making it larger than Disney+.”

Needham analyst Laura Martin wrote that the announcements should all help Apple reduce its churn rates.

“Our research shows that a second product lowers churn by 25% and a third product lowers it by an additional 10%,” Martin said in a research note. “We love Apple’s focus on Watch and iPad as add-on products which lower churn. Arcade and AppleTV+ adoption add disincentives to churn. If the Arcade and Apple+ services collectively keep users one year extra, we estimate this adds $5 billion to $20 billion to Apple’s revenue, depending on purchases of iPhones, iPads, Watches & Macs during that extra year.”

She argued that the $4.99 monthly cost of Apple TV+ starts a price war with Netflix and others: “Apple’s balance sheet won’t lose this war, but Netflix might.” She has a strong buy rating on the stock and boosted her price target to $250 from $225.

Read: Apple’s iPhone 11 design is triggering ‘trypophobia’ in some people

But Bank of America’s Nat Schindler doesn’t think Netflix investors should be sweating the Apple TV+ arrival. “Apple TV+’s 9 titles available at launch is dwarfed by what we counted as over 400 original series titles available on Netflix today, many with multiple seasons (does not count movies),” he wrote. “We see Apple TV+ as likely to be hit-driven in the near term, with subscribers turning it on and off based on whether a series gains mainstream appeal.”