Apple has committed more than $6 billion to original content ahead of streaming launch: report

Apple must compete with Netflix, Disney, and AT&T which have libraries of existing programming 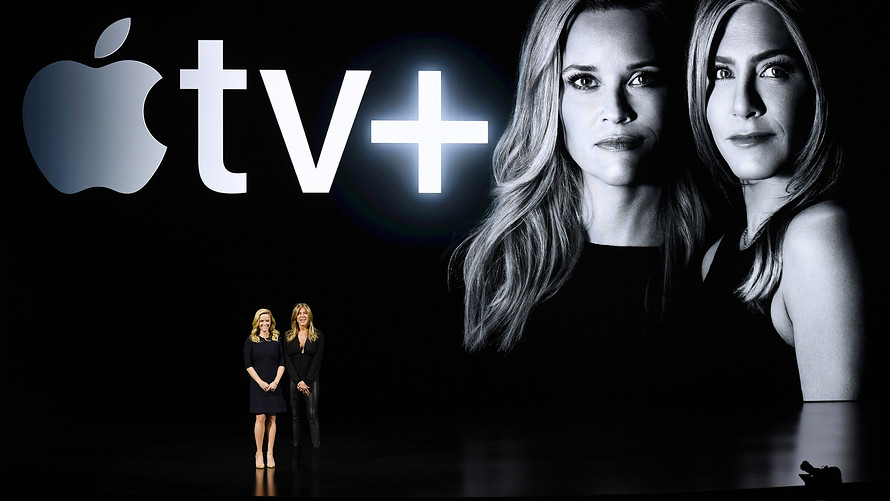 Bloomberg News
Jennifer Aniston and Reese Witherspoon star in The Morning Show, a reportedly pricey new program that will be part of Apple’s forthcoming streaming service.

Apple Inc. may be willing to spend big in an effort to make a name for itself in the crowded world of video streaming.

The company has reportedly committed more than $6 billion for original programming, according to the Financial Times , as it prepares to go live with its Apple TV+ streaming service that’s expected out in the fall.

One of the company’s forthcoming shows, The Morning Show , stars Jennifer Aniston, Reese Witherspoon, and Steve Carell. The FT says that program will cost more on a per-episode basis than HBO’s Game of Thrones , which reportedly cost more than $15 million per episode of the latest season.

To get a leg up on Disney, Apple plans to launch its service within the next two months, according to the FT, ahead of Disney’s stated launch day of Nov. 12. Pricing is key though as consumers seek to wade through the barrage of streaming services that will soon be available. While Apple hasn’t announced pricing details for its service, Bloomberg said Monday that the company was considering a $9.99 monthly subscription fee . That would make Apple TV+ more expensive than the cheapest Netflix plan, which goes for $8.99, as well as Disney+’s launch price of $6.99.

Don’t miss: How Vimeo dropped its fight with YouTube and turned ad-free videos into a real business

Apple TV+ is just one of the smartphone giant’s big attempts to generate more subscription revenue amid a slowdown in device sales. The website 9to5Mac reported Monday that the company intends to charge $4.99 a month for its Arcade gaming service, which has also yet to debut.

The company didn’t immediately respond to a MarketWatch request for comment on its streaming spending or pricing plans.

Read: Why Roku thinks Apple and Disney will give the streaming platform a big boost