Apple is worth $1 trillion because of Tim Cook

Opinion: As CEO, Cook is no Steve Jobs — and that’s to Apple’s benefit 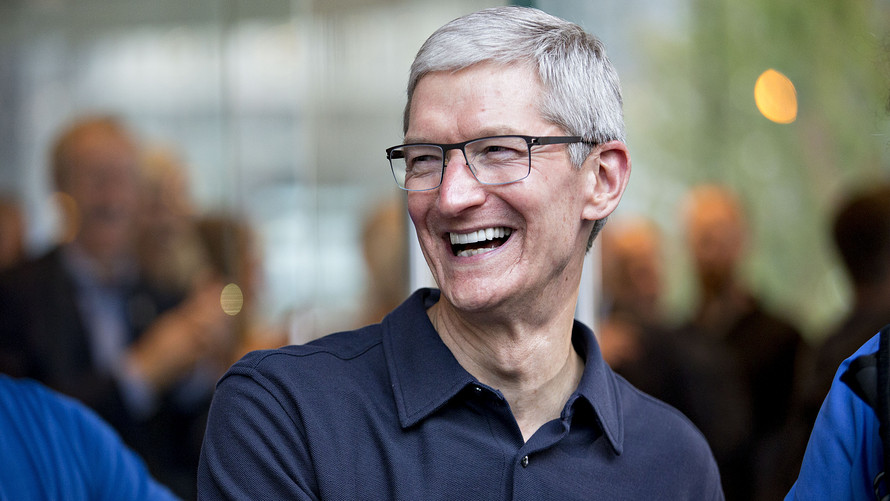 When Apple Inc. became the first U.S. company to be publicly valued at $1 trillion, Chief Executive Tim Cook sought to minimize the milestone.

“It’s not the most important measure of our success,” Cook told Apple employees in an email last week. “Financial returns are simply the result of Apple’s innovation.”

Apple’s /zigman2/quotes/202934861/composite AAPL +1.14%   market cap is the most important measure of Cook’s success, though, because it is a reflection of the growing sales and profit he has managed to coax from a company that should have hit a wall two years ago. Critics can debate the level of innovation under Cook — this column has done so for years — but none can deny that he faced down a plateau in iPhone sales and can still claim “record quarterly results” after Apple has shattered so many records already.

Cook is not a visionary CEO like his predecessor, Steve Jobs. It was Cook’s skills in manufacturing and operations that interested Jobs, who hired him from Compaq a year after his triumphant return to Apple in 1997. The Apple that Jobs returned to following his 1985 ouster was in a near death spiral, and Cook was a key partner in streamlining the company’s product lines, getting rid of hefty inventories, moving much of its manufacturing to contractors and forging long-term deals to buy components such as memory chips. 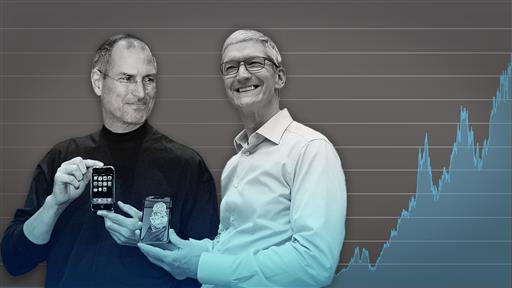 Apple's Journey to a $1 Trillion Company

Apple reached a market value of $1 trillion on Thursday, propelled by the sustained success of the iPhone. WSJ's Spencer Jakab takes a look at how Apple got here. Photo illustration: Heather Seidel/The Wall Street Journal

Since Jobs passed the torch, Cook has nearly quadrupled Apple’s share price by taking Jobs’s innovation and making it a permanent, perpetual and profitable ecosystem. Apple’s revenue and market cap should have paused along with iPhone unit sales two years ago, but higher-priced phones, expensive accessories and more money coming in from software and services have kept the enormous Apple train running on time, and stuffed with cash.

“Cook has done something that really is the next step that’s beyond what Steve Jobs did,” John Sculley said Friday on CNBC. Sculley, now a venture investor, left the helm of PepsiCo Inc. /zigman2/quotes/208744353/composite PEP +0.31%  to become CEO of Apple in 1983, and remained there after Jobs’s departure until 1993.

The company’s most recent quarter exemplifies how Cook is slowly reshaping the company. Despite the slowing growth of iPhone units, Apple still managed to hit a record for revenue, thanks to more expensive iPhones, more money from iOS users and the only new devices Apple has introduced under Cook, wearables. Reports on its efforts to work on driverless cars have been full of rumors, speculation and intrigue and remain a potential innovation test case for Cook.

Since iPhone sales stalled in early 2016, Cook and Co. have been guiding investors to pay more attention to its services business, and advised Wall Street to pay more attention to this higher-margin, recurring area of revenue that Apple gets from products like Apple Pay, Apple Music, the App Store and iCloud. In the June quarter, services soared 31% to $9.5 billion, and it is on pace to collect more than $37 billion this year, a business roughly three-quarters the size of Facebook Inc. /zigman2/quotes/205064656/composite FB -0.36%

Sales of wearables like the Apple Watch and AirPods headphones soared 37% to $3.7 billion. Watch progress has been seemingly slow and plodding and never fully disclosed by Apple. But executives told analysts last week that wearables had surpassed $10 billion in revenue in the past four quarters.

Over the six-and-a-half years of his tenure, Cook has turned Apple into a rare breed: A growth value company. Apple is on track to pay $2.72 a share in a fiscal 2018 dividend to investors, and ended the fiscal third quarter with a stunning $243.7 billion in cash plus marketable securities that it is promising to spend as new cash comes in. Yet revenue is set to grow 15% this year, while net profit is expected to push for 24% growth.

That combination of value and growth is why Cook now helms the first $1 trillion company in American history. And the company as it is today is most certainly Cook’s — a well-oiled machine that operates with intensity and integrity.

“I am deeply humbled by what you do, and it’s the privilege of a lifetime to work alongside you,” Cook wrote in his email to employees, who likely could hear his slight Alabama twang in those words.

“Just as Steve always did in moments like this, we should all look forward to Apple’s bright future and the great work we’ll do together.”

While Apple looks ahead, we’ll look back at the path to $1 trillion and give some well-earned congratulations: Great job, Tim.