Apple makes 5G iPhone seem like a good value, which could be a huge signal boost

New iPhones should help bolster 5G adoption and the stalled smartphone market at prices that make sense to consumers, with the help of potential carrier subsidies 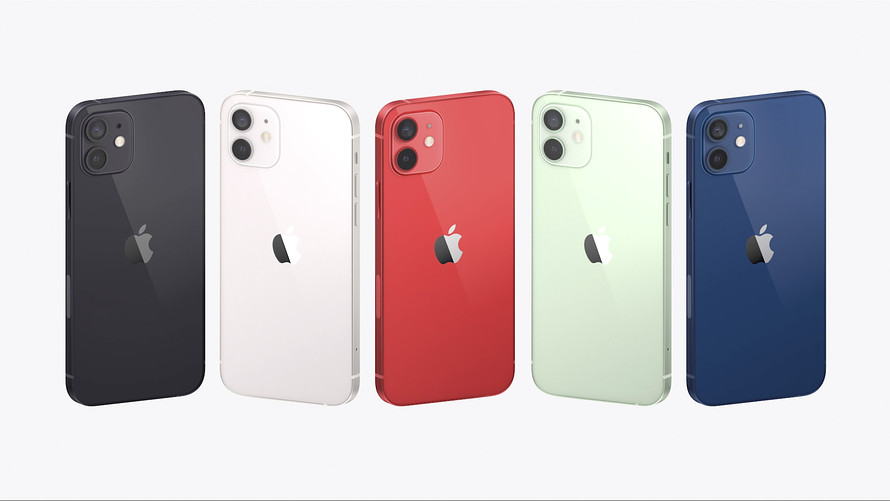 Apple via AP
Apple unveiled a lineup of new iPhones equipped with technology for use with faster new 5G wireless networks Tuesday.

Apple Inc. priced its new iPhones on par with its last generation of smartphones Tuesday, and surprisingly put forth a value proposition for consumers that could boost the spread of 5G.

Apple /zigman2/quotes/202934861/composite AAPL -3.13% and value are not typically said in the same sentence, as the company is known for large profit margins on expensive gadgets, including pushing the price for a smartphone into four digits just two years ago. But when Apple unveiled four new iPhone models Tuesday — the iPhone 12, the 5.4-inch iPhone 12 Mini, the 6.1-inch iPhone 12 Pro and the 6.7-inch iPhone 12 Pro Max — it kept the same general starting prices as the iPhone 11 generation, despite adding 5G capabilities across the board.

For more: Apple brings 5G to iPhones but keeps the same price tags

Consumers may not have to pay even those prices. In 2014, mobile carriers started to phase out the subsidies offered on smartphones as an incentive to attract customers, but now it looks like AT&T Inc. /zigman2/quotes/203165245/composite T +0.76%   and Verizon Communications Inc. /zigman2/quotes/204980236/composite VZ +0.32%   may be kicking off an old-school carrier war for customers again, offering free iPhone 12’s for some customers who upgrade. Those incentives are also likely aimed at boosting adoption of 5G networks, which has been slow going around the world, due in part to the pandemic and slowing economies.

“5G just got real,” Verizon Chief Executive Hans Vestberg said in a livestreamed event from Apple Park in Cupertino, Calif., where he shared the stage — albeit socially distanced and without handshakes — with Apple CEO Tim Cook.

5G shipments represented only 13% of total smartphone shipments in the first half of 2020, according to IDC. But with the new iPhones focusing attention on 5G, IDC expects the total number of 5G smartphones shipped in 2020 to reach 237 million and to double in 2021 to 481 million.

“Apple is expected to ship over 150 million 5G iPhones by the end of 2021, which will represent 21% of the total 5G market,” IDC analyst Francisco Jeronimo said in an email.

Smartphones in general have fallen out of favor during the pandemic, as consumers and business users have opted instead to refresh their PCs, laptops and Chromebooks for working and education from home. In late August, IDC reported that smartphone shipments were down 17% for the second quarter ended June 30, down from the same period a year ago, and predicted that the market would not return to a full recovery until 2022.

For more: How the pandemic brought the personal computer back to life

That trend goes against Wall Street’s predictions that the new iPhone family will unleash a huge rush of upgrades and purchases of new iPhones. Dan Ives, a Wedbush Securities analyst, said that the new product lineup is “Apple’s most important product cycle since the iPhone 6 in 2014 and should translate into a ‘supercycle.’”

“With our estimation that 350 million of 950 million iPhones worldwide are currently in the window of an upgrade opportunity, we believe this will translate into an unprecedented upgrade cycle for Apple,” Ives said in a note.

Not everyone agrees. Daniel Morgan, a senior portfolio manager at Synovus Trust Co. in Atlanta, said in an email that since the 2014 supercycle, Apple’s iPhone launches have felt more like ripples instead of a wave. Unit shipments peaked in 2015 at 231.2 million units and have been declining to flat since. The consensus on Wall Street is for Apple’s fiscal 2020 total shipments to reach 185 million units, flat with fiscal 2019, and for Apple to see growth again in 2021 of 13.5% to 210 million units.

On Tuesday, Apple did all it could to convince consumers that it is worth their while to pick up a 5G iPhone in the middle of a pandemic. In return, it could give a huge boost to a flagging smartphone market, as well as provide a much-needed kick to the growth of 5G technology.