SAN FRANCISCO (MarketWatch) — Investors put pressure on Apple Inc. early Thursday and never let up on the year’s first day of trading after Wells Fargo analyst Maynard Um cut his rating on the consumer-electronics kingpin mostly because of concerns about Apple’s ability to grow its gross-profit margins. 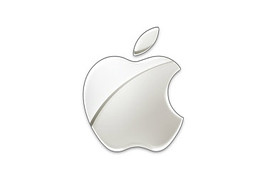 Um said in a research note that he believes 2014 will be highlighted by several new Apple products, such as the so-called iPhone 6 and iWatch, and a possible increase in both the company’s dividend payments and share repurchases. However, Um added that potential for iPhone and iPad sales to boost Apple’s profit margins is likely already factored into the stock’s current valuation levels.

“We’re concerned that gross margins will come under pressure later this year in the iPhone 6 cycle [and] there is limited amount of market cap opportunity in the existing product segments Apple plays in,” Um said.

Um added that Apple may see some pressure this year as wireless-network operators switch their focus toward driving network usage as opposed to subsidizing the prices of phones in order to sell more units. Those subsidies are how Apple and other handset vendors are able to offer phones with, say, a $600 list price for $199 with a two-year service contract.

“While we do not anticipate an immediate value swing, we believe we could see further evidence of a shifting balance of power that could weigh on Apple shares,” Um said.

As Um was cutting his rating on Apple, Brian White, of Cantor Fitzgerald, said Thursday that factors such as new product categories and growth in the Chinese market following Apple’s new deal with China Mobile Ltd. /zigman2/quotes/204514293/composite CHL -0.91%  “could excite investors” this year.

White called Apple his “top large-cap pick” for 2014, maintained his buy rating and $777-a share price target on the company’s stock, and said that after “a challenging stock performance in 2013”, in which Apple’s share rose just 5% compared to the S&P 500 Index’s /zigman2/quotes/210599714/realtime SPX -1.36%  30% gain, “we estimate Apple will return to growth in 2014 and we expect the stock price to reflect this improved performance.

These U.S. stock fund types can fit your 2014 checklist

Apple slips; Bank of America up on analyst call