SAN FRANCISCO (MarketWatch) — Following months of speculation and some pressure from shareholders over its growing cash pile, Apple Inc. said Monday that it will begin paying a quarterly dividend, as well as buying back as much as $10 billion of its own stock. 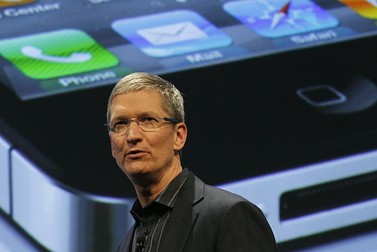 Reuters
Apple CEO Tim Cook, seen here at a Jan. 11, 2011, event, said Monday that a quarterly dividend “will not close any doors for us” in terms of future investments.

The company will initiate a quarterly dividend of $2.65 a share in the fourth fiscal quarter of this year, which ends Sept. 31.

It will also begin a $10 billion share buyback at the start of its next fiscal year, though the company said the latter move was more about offsetting dilution from employee stock-awards.

The news gave a boost to Apple’s (NAS:AAPL)  shares, putting the stock above the $600 mark for a new record high by Monday’s closing bell — up about 2.7% from the previous close to a final price of $601.10. The stock has gained about 48% since the first of the year.

“We have thought very deeply and very carefully about our cash balance,” Apple CEO Tim Cook said on a call with analysts Monday morning, adding that the company maintains plenty of flexibility to fund its operations and make strategic investments. “Innovation is the most important objective at Apple and we will not lose sight of that.”

The company’s large cash balance has been a growing topic of interest for investors, with many calling on the company to consider a dividend. The company’s cash, short-term equivalents and long-term investments totaled $97.6 billion at the conclusion of its most recently reported quarter Dec. 31.

“We believe the dividend announcement will expand its investor base and support the stock, wrote Abhey Lamba of Mizuho Securities in a note to clients.

Under the current plan and market price, Apple’s dividend yield will be about 1.8% — similar to that of Hewlett-Packard (NYS:HPQ)  , but below some other large-cap tech peers such as Microsoft (NAS:MSFT)  and Intel (NAS:INTC)   , which currently offer dividend yields of 2.5% and 3%, respectively, according to data from FactSet Research.

Toni Sacconaghi of Bernstein Research said he was “pleased” with the move,” but somewhat disappointed in the size of he payout, given the average S&P 500 yield of about 2%.

“For a company that prides itself on thinking differently, Apple’s announcement reflects a pretty vanilla return of cash program and its yield is relatively in line with large S&P and technology companies and its payout ratio is notably below average,” he wrote in a note to clients.

The new quarterly dividend comes after a long hiatus from the practice. Apple paid a quarterly dividend for a roughly eight-year period that ended in October of 1995 — prior to the return of co-founder Steve Jobs, who took back the CEO post at the company nearly until his death late last year from cancer. 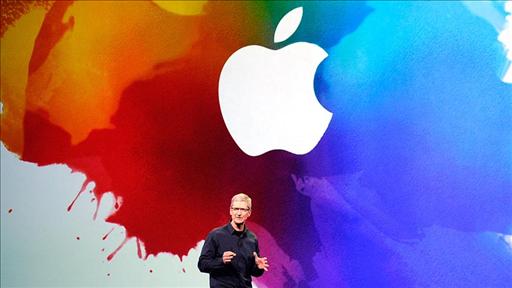 Apple Inc. CEO Tim Cook said Monday the company would pay a dividend to shareholders and buy back up to $10 billion in stock, heeding calls for the tech giant to deploy its massive cash pile. Tiernan Ray reports on Markets Hub.

Jobs was famously cool to the idea of dividends. At a shareholder meeting in February 2010, Jobs said dividends do not increase the value of the company for shareholders. At the time, the company’s cash balance was around the $40 billion mark. See previous story on Jobs's comments about Apple's cash.

“It’s a paradigm shift, obviously,” said Stanley Crouch, chief investment officer of Aegis Capital, in an interview. “Steve was obviously dead-set against it. But in today’s market, when you perform like they have, what other choice did they have?”

Since taking the CEO post, Cook has broadcast that he is “not religious” about the dividend issue, and stated that Apple’s board of directors has been studying the matter.

“Simply stated, we don’t see ceilings to our opportunities,” Cook said on the call Monday morning, recounting the company’s strong success with products such as the iPhone and iPad, while maintaining that Apple still has a relatively small share of both the smartphone and tablet markets.

“We will continue to invest in the business and we will maintain our disciplined and focused approach in the future,” Cook said. “These decisions will not close any doors for us.”

‘We will continue to invest in the business and we will maintain our disciplined and focused approach in the future.’

On the call, chief financial officer Peter Oppenheimer said the company expects to pay out more than $10 billion in dividend payments during the first year of the program. Apple generated about $16 billion in cash during its December quarter, he added.

The restricted stock units, or RSUs, held by Cook will not participate in the dividend program, Oppenheimer added.

As to the buyback, Oppenheimer said Apple would likely pay out a total of $4 billion in the first fiscal year of the program. He said the buybacks were designed “with a primary purpose of neutralizing the impact of dilution from future employee equity grants and employee stock purchase programs.”