Are dentists hooking patients on opioids? 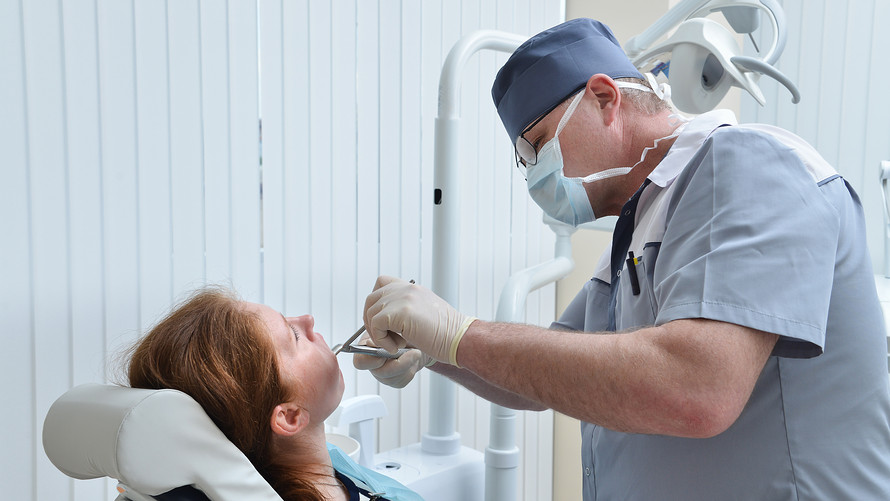 Getty Images/iStockphoto
A study is looking into opioid prescriptions for wisdom teeth removals.

Wisdom tooth extractions might lead to more suffering that could, in theory, last years.

That’s according to new study that says the procedures may end in opioid abuse for some patients. The study released this week found an almost 7% increase in the risk of persistent opioid use after reviewing 2015 prescription records for dental patients between the age of 16 and 25.

“The findings suggest that a substantial proportion of adolescents and young adults are exposed to opioids through dental clinicians,” the JAMA Internal Medicine study said. “Use of these prescriptions may be associated with an increased risk of subsequent opioid use and abuse.”

Monday’s study is another reminder on the risks related to the painkiller medication. Last week, the Centers for Disease Control and Prevention said opioid abuse was partly to blame as average American life expectancy edged down to 78.6 years in a third year of slight average life expectancy decreases. The CDC noted two-thirds of the 63,632 drug overdose deaths in 2016 involved opioids, which include heroin, fentanyl and oxycodone.

The latest study started with a data set of almost 750,000 people aged between 16 to 25, which happens to be around the time wisdom teeth become a problem.

The study scrutinized 14,888 patients who received opioids through dental work, and compared them to a group double that size, which didn’t get the painkillers.

Dr. Alan Schroeder, the study’s lead author, said the findings left him with questions about the amount of opioids prescribed and why so many wisdom tooth extractions were happening at all. Patients with the painkillers received about 20 pills on average and such a large number could tempt misuse or diversion of unneeded pills, he said.

Schroeder, an associate research chief in the pediatric hospital medicine division at Lucile Packard Children’s Hospital Stanford, credited dentists for reducing their opioid prescription amounts over time. Still, he added, “I think we have a lot more work to do.”

Here’s what they found:

• 5.8% of group exposed to opioids then had at least one encounter with medical providers who gave an opioid abuse–related diagnosis. The same thing happened for a mere 0.4% of the control group.

Researchers acknowledged the study used diagnosis codes, so some misclassification could have occurred. Also, as with all studies, it’s difficult to distinguish between correlation and causation.

The dental association said more research supports its policy of advising dentists to prescribe other medication rather than opioids. “The ADA continues to be dedicated to raising awareness and taking action on the opioid public health crisis,” the group said.

Nevertheless, they said more attention was needed for the links between wisdom tooth extractions and opioids during postoperative care.

As for younger patients, research last month said medical professionals have halved their opioid prescriptions to children and teens between 2012 and 2017.