Are investors about to throw a ‘bond proxy’ tantrum? 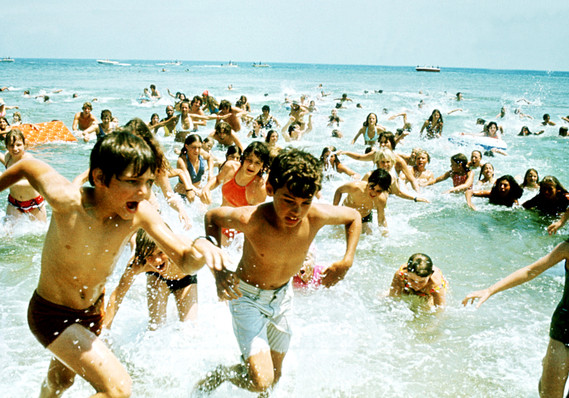 Everett Collection
What happens to an investment when everyone runs for the exit at the same time?

Over the past several months, investors have poured funds into government bonds rather than riskier assets like stocks. Now one research firm thinks that exuberance has reached a peak. Markets may be setting up for a “rate tantrum” that will clobber not just bonds, but also their “proxies” or sectors that investors turn to for fixed income and stability.

That idea comes from analysts at Ned Davis Research, who last week wrote, “we are on watch for a strong reversal in bond sentiment after reaching extreme optimism (i.e. a rate tantrum).”

The benchmark U.S. Treasury note yield has fallen nearly a full percentage point since the start of the year as investors turned to safer assets in the face of global economic growth concerns, deteriorating trade relations, and more.

“If history is any indication, when bond sentiment reaches extreme optimism and begins to reverse, it reverses in a hurry,” the Ned Davis analysts wrote. Such a reversal could be triggered by many different shifts in the market, including positive economic data.

If the “rate tantrum” premise sounds excessive, the analysts point to three separate such occurrences since 2013 in which the 10-year yield jumped more than 100 basis points in 190 days or fewer. In those past tantrum periods, financial and technnology stocks performed best, they said, while utilities and real estate did worst.

Picking up on that research, Ned Davis analysts Will Geisdorf and Wenbo Zhou analyzed the market segments that attract the most interest from exchange-traded funds or from institutional investors managing a basket of assets that passively mimic certain market indexes or other benchmarks.

In the current environment, it’s bond proxies that are the most concerning. ETFs own 11.5% of the entire real estate sector of the S&P 500, and 9.8% of the utilities sector.

For example, Geisdorf and Zhou show that nearly one-third of all outstanding shares of Tanger Factory Outlet Centers Inc. /zigman2/quotes/204622836/composite SKT -6.53%   are held by 90 ETFs. But they nickname it the “stealth king of the passive bubble” because it isn’t a Top 10 holding in any single ETF, so it doesn’t appear on any fund fact sheets.

When viewed against the backdrop of their colleagues’ research on rate tantrum performance, that concentration becomes a bit troubling.

ETFs tend to attract retail investors who like the liquid, easily tradable broad basket of stocks or bonds they offer, usually for a smaller fee than an “actively” managed fund would command. But those same characteristics have drawn critics who worry about what could happen to ETFs in a time of market upset. The worst-case scenario is often likened to a “crowded theater” in which too many people race for the door all at once, and initial panic snowballs, making the situation even worse.

It is worth pointing out that in a pure interest rate or yield driven market, any sell-off of assets would increase their yield, which could then make those assets more attractive. Indeed, it’s investors seeking yield that have helped inflate what Geisdorf and Zhou called the “passive bubble.”

Still, the bond proxies aren’t pure bonds. Utilities and real estate stocks have plenty of other considerations: borrowing costs, consumer and industry demand for their services, regulation, the trajectory of interest rates not just now but in the future, and so on. Tanger is one of the stocks held most by short sellers – that is, those who bet the price will go down, not up, likely in part because of the ongoing “retailpocalypse,” as the analysts note.

It’s worth keeping an eye on these market sectors over the coming weeks, as plenty of big catalysts loom for the markets, from the busiest stretch of second-quarter earnings reports to the much-anticipated Federal Reserve meeting next week.

Get news alerts on Tanger Factory Outlet Centers Inc. — or create your own.