As Congress readies for hearings, here’s a look at Boeing’s influence in Washington

Boeing is number 10 on lobbying spending since 1998 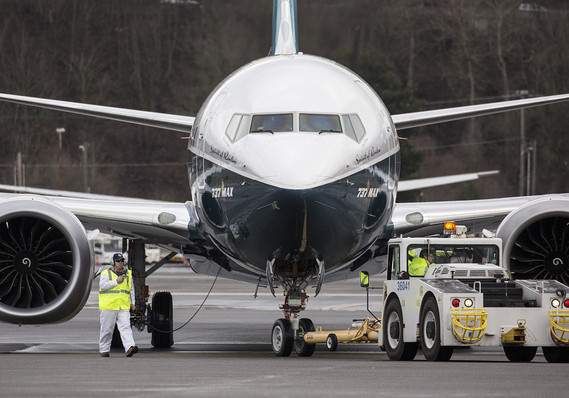 Getty Images
A Boeing 737 MAX 8 airliners taxis after landing at Boeing Field to complete its first flight on January 29, 2016 in Seattle, Washington.

Boeing’s influence in Washington is high-flying even as the company’s 737 Max jetliners have been grounded by the U.S. government.

But the company and its clout in Washington are in focus after the deadly crash last weekend in Ethiopia of one of those planes, and a Senate committee is planning an aviation-safety hearing .

If executives from the company testify, they’ll be looking at a familiar landscape.

Boeing /zigman2/quotes/208579720/lastsale BA -5.68%   ranks No. 10 on lobbying spending since 1998 , according to the Center for Responsive Politics, a nonpartisan group that tracks money in politics. That puts the aerospace giant behind powerhouse organizations like the U.S. Chamber of Commerce and the AARP, but ahead of competitors including Lockheed Martin /zigman2/quotes/200691238/lastsale LMT +4.56% .

In 2018 alone, Boeing’s lobbying spending was more than $15 million , with the company hiring multiple firms for work related to issues including defense, trade and taxes.

Monitoring the implementation of President Donald Trump’s 2017 tax law is a frequently listed activity. Boeing CEO Dennis Muilenburg called the tax package — which cut the corporate tax rate to 21% from 35% — “the biggest thing we could do in this country to unleash economic energy.”

Muilenburg spoke with Trump Tuesday and again on Wednesday, before the president announced the grounding of the Max planes.

Muilenburg said Boeing supported the grounding as a “proactive step out of an abundance of caution.”

Boeing’s political action committee and the company’s employees are also active in giving campaign contributions, including to the lawmakers who announced the Senate Commerce Committee hearing into aviation safety.

Sen. Ted Cruz, the Texas Republican who leads the panel’s aviation and space subcommittee, got more than $60,000 since 2016. Commerce Committee Chairman Roger Wicker of Mississippi received $10,000 in 2018, according to the Center for Responsive Politics.