Republicans came out Thursday against a COVID-19 relief package introduced by House Democrats. 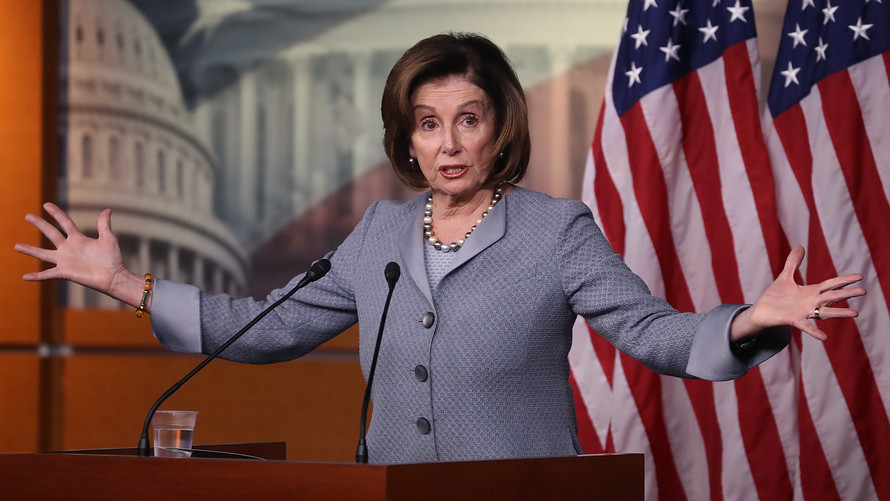 Mark Wilson/Getty Images
'We cannot slow the coronavirus outbreak when workers are stuck with the terrible choice between staying home to avoid spreading illness and the paycheck their family can?t afford to lose,' House Speaker Nancy Pelosi said in a statement.

Coronavirus had infected 128,392 people globally and killed 4,728 as of Friday morning, according to data from Johns Hopkins University’s Center for Systems Science and Engineering, and 69,607 recoveries. The U.S. had 1,701 confirmed coronavirus cases and 40 deaths.

The Democrats’ bill would provide paid emergency leave with 14 paid sick days and up to three months’ paid family and medical leave, House Speaker Nancy Pelosi’s (D-Calif.) office said. It would also provide free coronavirus testing for those who need it (including uninsured patients), protections for workers on the frontlines of the pandemic, “enhanced unemployment insurance,” and initiatives to bolster food security.

“We cannot slow the coronavirus outbreak when workers are stuck with the terrible choice between staying home to avoid spreading illness and the paycheck their family can’t afford to lose,” Pelosi said in a statement .

The White House and Senate Majority Leader Mitch McConnell have also registered disapproval of the bill, though Pelosi appeared determined to bring it to a vote Thursday. Pelosi spoke with Treasury Secretary Steven Mnuchin Thursday morning about “language recommendations” from the White House for the bill, her deputy chief of staff, Drew Hammill, wrote on Twitter (NYS:TWTR)  .

The Republican opposition came soon after President Trump delivered a sober Oval Office address about his administration’s response to the COVID-19 pandemic, which had sickened at least 1,323 people in the U.S. and killed 38 as of Thursday, according to Johns Hopkins University’s Center for Systems Science and Engineering .

Amid other announcements regarding restricting travel from Europe and clearing the path for coronavirus testing and treatment, Trump addressed relief for workers who were “ill, quarantined or caring for others due to coronavirus.”

“To ensure that working Americans impacted by the virus can stay home without fear of financial hardship, I will soon be taking emergency action, which is unprecedented, to provide financial relief,” he said . “I will be asking Congress to take legislative action to extend this relief.”

Public-health officials have encouraged people to stay home if they feel sick, an unrealistic proposition for many low-wage and gig workers. The federal government doesn’t currently guarantee paid sick leave, though eligible employees working for companies covered by the Family and Medical Leave Act (FMLA) can take up to 12 weeks of unpaid leave for certain medical situations.

About 73% of private-industry workers had access to paid sick leave in 2019, according to the Bureau of Labor Statistics , compared to 91% of state and local government employees. And just 30% of private-industry workers in the lowest 10% of wages have access to paid sick days, compared to 93% of workers in the highest 10% of wages.

A growing number of states, counties and cities have also implemented paid sick-leave laws in recent years. Eleven states and the District of Columbia now require that some employees receive paid sick leave, according to the bipartisan National Conference of State Legislatures . San Francisco, Oakland, Chicago, New York City, Westchester County, Philadelphia, Dallas and Seattle also have such laws, according to the nonprofit National Partnership for Women & Families.