As the S&P 500 hits turbulence, here’s a corner of the stock market to hide in 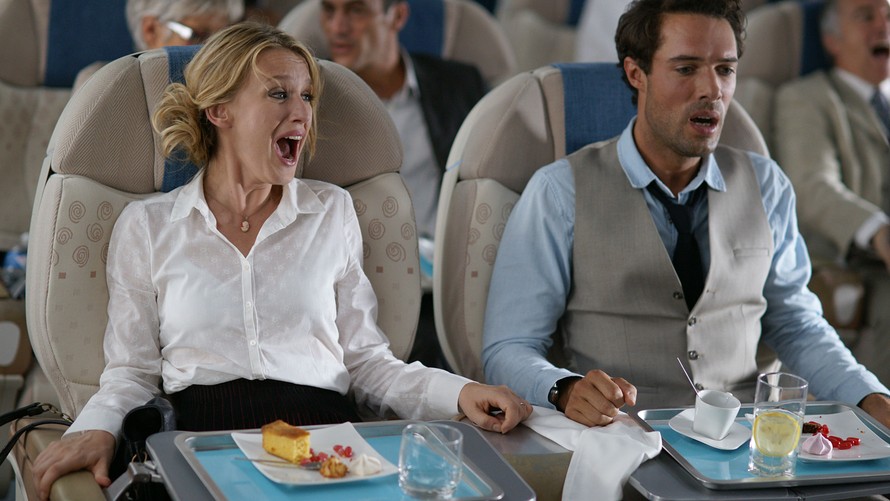 It easily could be a tough day for stocks, as traders are worrying about “Spar-a-Lago” and moping about yesterday’s ugly finish.

Why exactly does the stock market keep wallowing below its March 1 peak?

Analysts have a list of potential culprits: the Donald Trump-Xi Jinping summit that starts today in Florida, fears that tax cuts won’t come soon, and the Fed’s plans to pare back its stockpile of bonds. Jefferies strategists, however, sound tired of the finger-pointing.

“Just as the rise in markets can be attributed to a whole host of reasons, so can declines,” say chief global equity strategist Sean Darby and his colleagues.

Nonetheless, they offer “the best excuse” for the recent selling — as well as where investors ought to hide out now, for our call of the day .

“Last quarter’s rally was built on large-cap, expensive stocks advancing at the expense of small-cap, cheap stocks,” say the Jefferies strategists. Now investors are uneasy about the even higher share prices for those big and costly plays, they suggest.

That doesn’t mean stock bulls need to cash out completely, they say, even as they warn that the “technical condition” of the S&P 500 looks precarious.

“The bottom line is that monetary conditions remain easy, the global economy was expanding well before Trump got elected, and real interest rates are negative,” Darby & Co. write. So all things considered, investors “should be rotating into lower-priced stocks which are experiencing positive earnings revisions.”

The Jefferies team doesn’t name individual stocks in their note. But if you want to bet on those little and inexpensive stocks that the strategists have flagged as unloved, there’s an ETF for that. A bunch actually, such as the Vanguard Small-Cap Value ETF (PSE:VBR)  and the iShares Russell 2000 Value ETF (PSE:IWN)  .

Other pundits have also been highlighting the rough going for the small fry (PSE:IWM) , saying it’s a possible red flag for the overall market — or at least great factoid fodder:

It’s been mostly selling in Europe (STOXX:XX:SXXP) and Asia. Gold is gaining, and oil is also rising. The euro (XTUP:EURUSD)  has bounced back from losses that came as ECB President Mario Draghi revealed a four-point checklist for when it’s time for a rate hike.

Will Trump and Xi share a bucket of KFC and cheer Yum China’s (NYS:YUMC) latest earnings? They almost certainly won’t play golf at “ Spar-a-Lago ,” aka the new president’s most important meeting yet . Xi, that Communist Party animal, has been known to go for a beer.

See: Why investors are fretting over the Trump-Xi meeting

Bed Bath & Beyond (NAS:BBBY)  is on track for an up day following its quarterly results late yesterday.

CarMax (NYS:KMX)  and Constellation Brands (NYS:STZ) are among the companies that posted earnings before the open.

Online lender Elevate Credit (NYS:ELVT)  is back to test the public markets again.

“Do monetary policy frameworks need to be adjusted in a world of (potentially) low natural real interest rates? If so, how?”

If you often ask yourself those questions, you might be in luck. The San Francisco Fed’s John Williams and a German sidekick are tackling them around when the stock market opens. 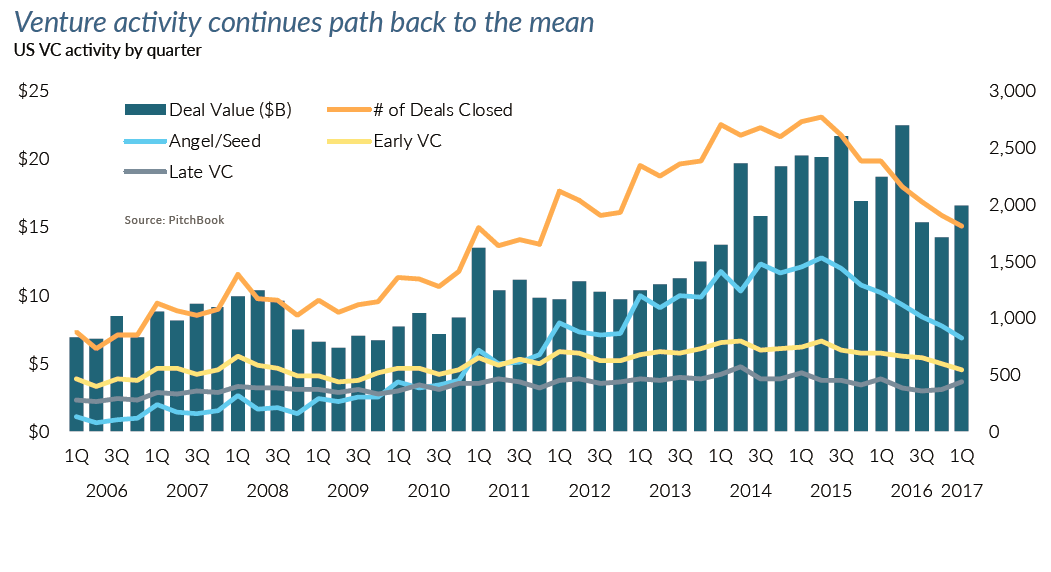 “The pace of investments in the U.S. entrepreneurial ecosystem downshifted again in the first quarter of 2017 even as dollars invested bumped up due to several outsized deals,” says the latest Venture Monitor report from the National Venture Capital Association and PitchBook.

But don’t worry, the report adds: “This is not representative of a fundamental decline of venture funding of innovative startups, but rather a return to a more disciplined approach.” 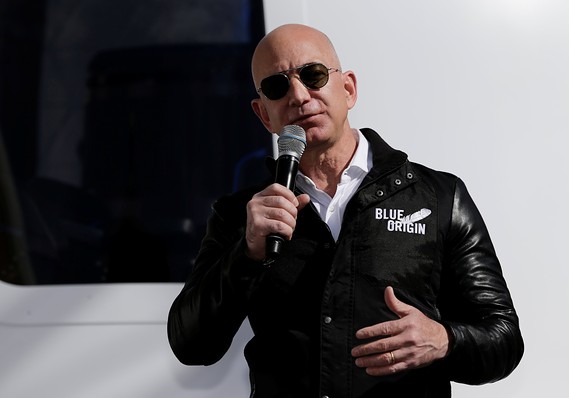 “My business model right now for Blue Origin is I sell about a billion a year of Amazon stock and I use it to fund Blue Origin.” — Amazon.com (NAS:AMZN)  founder Jeff Bezos yesterday laid out his vision for his space-travel startup.

And read: This could push Bezos past Bill Gates as the world’s richest human

$16 billion — That is the amount in outdated European banknotes and coins that still has not been handed in and exchanged for euros (XTUP:EURUSD)  , Bloomberg notes . Have you got old deutschmarks, French francs, Italian lira, etc.?

#DumpOReilly ? Not Angie’s List (NAS:ANGI)  , though that’s angering some subscribers .

Pew: Babies born to Muslims will outnumber Christian births by 2035 .