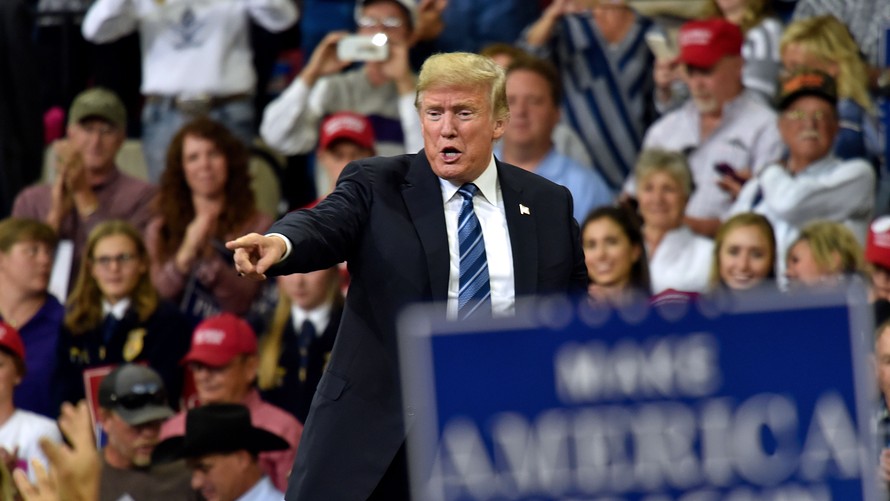 With tech stocks leading the advance, the Nasdaq Composite (AMERICAN:COMP) just broke into uncharted territory. Tesla (NAS:TSLA) took out a fresh high. So did Netflix (NAS:NFLX) . And Amazon (NAS:AMZN) reached $3,000 for the first time ever.

Whatever the current status of your retirement account — if you actually have one — President Trump, in a tweet on Monday, warned that any gains you might be enjoying could “disintegrate and disappear” in a hurry if he doesn’t win another four years in the White House:

Is that true? Should investors be scared into voting for Trump?

Not according to strategists at JPMorgan Chase & Co. (NYS:JPM) who say that a win for former Vice President and presumptive Democratic nominee Joe Biden, currently ahead of Trump in recent national polls, would be a “neutral to slight positive” for stocks.

“Given the current economic weakness, business recovery and job growth are likely to be prioritized over policies that could dampen economic growth and perhaps even jeopardize the desired 2022 midterm election outcome,” the team said in the note. “Further, a more diplomatic approach to domestic/foreign policy will likely result in lower equity volatility and risk premia.”

Either way, it didn’t take long for “My 401(k)” to climb Twitter’s list of trending topics, where the general sense is that voters have more on their minds than the size of the retirement savings:

Then there were the inevitable comparisons: