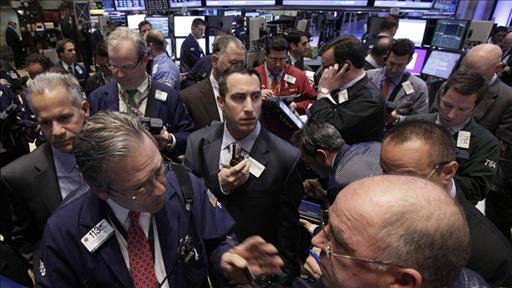 China’s economic growth slowed by more-than-expected to 8.1% in the first quarter from the same period a year earlier, official data released Friday showed.

That growth compared with an 8.9% increase in the country’s gross domestic product (GDP) in the fourth quarter of 2011, and also falls short of the 8.5% expansion expected by economists surveyed by FactSet Research.

A string of other Chinese economic reports were also released, including retail sales and industrial output.

Still, Xianfang Ren, senior China analyst at IHS Global Insights said that, while the result marked a sharp slowdown on the previous quarter, “green shoots have sprung up in many sectors, convincing us that the current slowdown looks more and more like a slow consolidation, rather than a precipitous downturn.”

“The fact that the trough of sequential growth is likely behind us and that further policy easing is forthcoming in the second-quarter will provide a very positive environment for the equity market,” Ma said.

The China growth figures couldn’t completely dampen early optimism that had been generated after U.S. stocks jumped on Thursday.

Shares in shipping giant China Cosco Holdings Co. (HKG:HK:1919)  fell 0.2% after reports the shipping firm could seek up to 10 billion yuan ($1.59 billion) from the Ministry of Finance after record losses in 2011. Read more on Cosco seeking government funds.

Shares in Lynas Corp Ltd. (ASX:AU:LYC)  jumped 7.8% after the rare earths miner won a court battle as it attempts to complete a processing plant in Malaysia.

On the downside, Sony Corp. (TKS:JP:6758)   (NYS:SNE) tumbled 5.5% after the electronics giant said it would cut 10,000 jobs worldwide as part of a restructure and set out financial targets late Thursday. Read more on Sony's restructure.