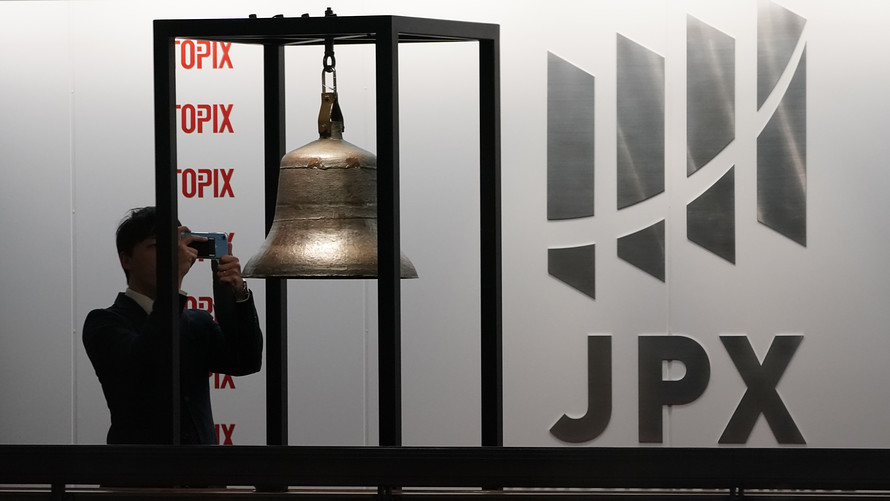 Bloomberg News
A visitor takes a photograph of a trading bell at the Tokyo Stock Exchange.