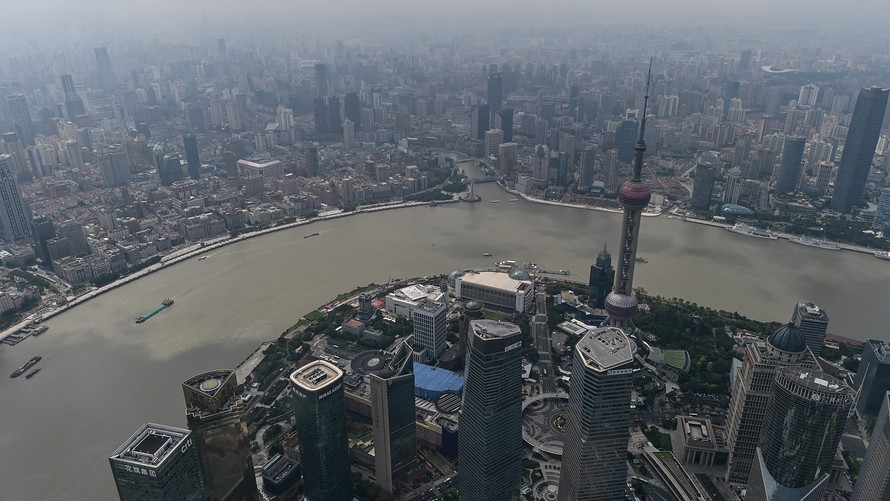 AFP/Getty Images
An aerial view shows the Huangpu River and the city of Shanghai.

Investors were encouraged after Pfizer (NYS:PFE)   and BioNtech (NAS:BNTX)   announced preliminary data from a vaccine test, one of a series being carried out by global developers.

At the same time, the populous states of California and Texas reported daily record highs in new cases.

Stock markets around the world roared back last quarter on hopes economies are pulling out of their deepest slump since the 1930s. Analysts warn, however, that prices might be rising too far and too fast to be supported by economic activity when infections are rising in the United States, Brazil and some other countries.

In the United States, a report on manufacturing showed activity returned to growth in June, a much better reading than the contraction economists expected.

“It is still a guessing game as to how the COVID-19 lingering impact will sustain,” said Jingyi Pan of IG in a report.

In China, two surveys this week showed manufacturing improved in June, adding to signs of a gradual recovery.

Analysts said that while the data pointed in the right direction, it shows that an economic recovery from the pandemic will be slow.

In energy markets, benchmark U.S. crude   lost 1 cent to $39.81 per barrel in electronic trading on the New York Mercantile Exchange. The contract rose 55 cents to settle at $39.82 on Wednesday. Brent crude (IFEU:UK:BRNU20)  , the international price standard, gained 2 cents to $42.05 per barrel in London. The contract rose 76 cents the previous session to $42.03 a barrel.