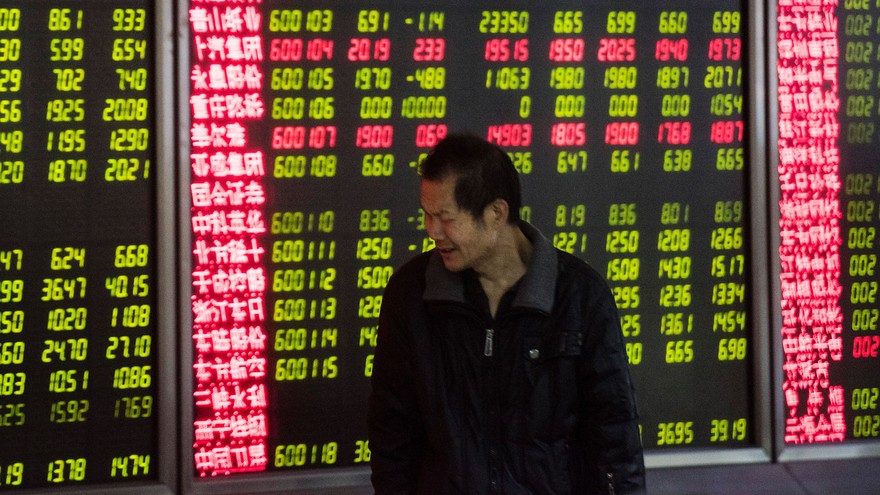 Signs of government support lifted Chinese shares, while other stock markets in Asia slid and haven assets rallied after North Korea said it successfully staged its first test of a more powerful form of nuclear weapon.

The Shanghai Composite Index /zigman2/quotes/210598127/delayed CN:SHCOMP -0.08%  rose 2.3% after losing more than 7% in the past two days. Volatility on the benchmark roiled global markets Monday, amid worries about a weakening Chinese economy, a weakening yuan and the prospect that big Chinese stakeholders could start selling their shares.

Japan’s Nikkei Stock Average /zigman2/quotes/210597971/delayed JP:NIK +0.31%  lost 1% as the Japanese yen /zigman2/quotes/210561789/realtime/sampled USDJPY +0.0453% reached a near three-month high against the U.S. dollar as investors rushed to assets perceived to be safe. The yen’s strength diminishes the value of profits repatriated from abroad.

Traders and analysts suspect China’s so-called “National Team” — state-owned funds tasked with supporting the market — likely bought shares on Tuesday, sending the signal that they were ready to step in should losses deepen. The stock regulator also signaled Tuesday that it would regulate selling among big shareholders, which had been banned from unloading shares since the summer stock rout. Both prospects encouraged buyers to pile in on Wednesday.

Analysts said they interpreted China’s stock regulator’s comments to mean authorities won’t allow aggressive selling and were ready to step in should such moves destabilize the market. The six-month ban on selling by large stakeholders, originally expected to expire Friday, could remain in place until the securities regulator works out new rules to ensure any selling will proceed in an orderly way, according to officials close to the agency.

Expectations that regulators will ramp up intervention could mean that, in the near term, Chinese markets will remain “volatile on a daily basis,” said David Millhouse, head of China research at Forsyth Barr Asia.

Millhouse also noted strong performance in Chinese resources and material stocks after Premier Li Keqiang made a surprise visit to a coal mine Tuesday and said that China will look at measures to reduce oversupply, while helping laid-off workers find new jobs.

North Korea’s announcement that it detonated a hydrogen bomb earlier Wednesday unnerved investors elsewhere in the region, as the move magnifies the U.S.’s foreign-policy challenges and complicates China’s relationship with its volatile ally. 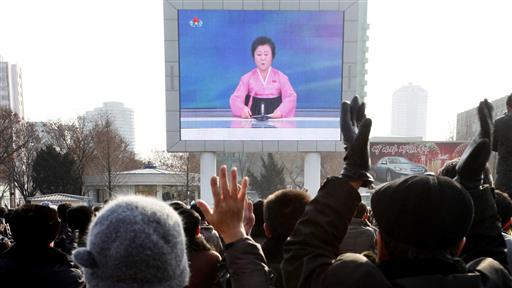 North Korean state media announced that the country carried out a successful test of a thermonuclear weapon on Wednesday. A few hours earlier, an earthquake was recorded near the site of previous North Korean nuclear tests.

Authorities guided the onshore yuan weaker through its daily fixing, the level around which regulators permit the yuan to trade. The currency last traded at 6.5580 to the dollar, a fresh five year low compared with 6.5157 Tuesday.

Shares of China Vanke Co. /zigman2/quotes/203851375/delayed HK:2202 -1.95%   fell 9.2%, when the stock resumed trading after being suspended since Dec. 18. The firm, China’s largest property developer, has been trying to fight off a hostile takeover by striking a deal to potentially issue new shares. It said in a statement Tuesday that it made some progress on the planned restructuring without giving further details.