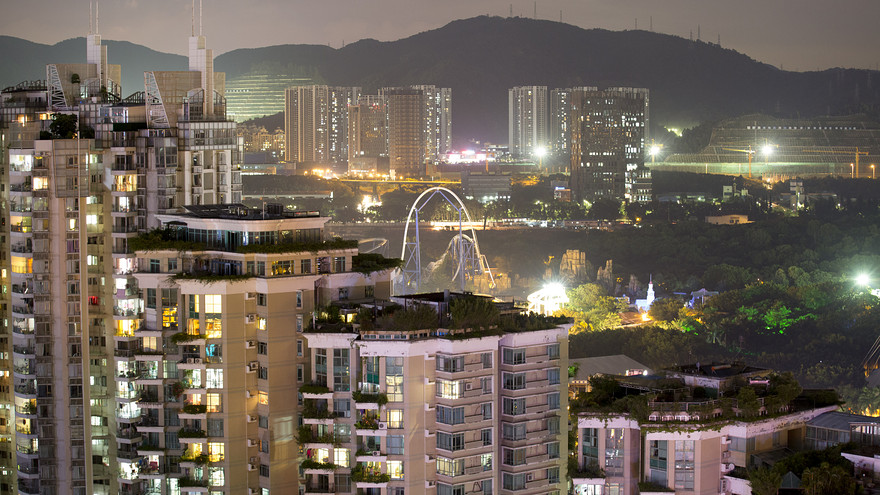 Bloomberg
Residential buildings in the Nanshan district of Shenzhen, China.

China shares rose the most in nearly a month on Wednesday, as hopes build for broad stimulus measures from Beijing.

Analysts say that Beijing could roll out more stimulus measures as soon as year-end, as it seeks to reach its growth target of about 7% for 2015. An official reading of Chinese manufacturing activity Tuesday fell to its lowest level in more than three years Tuesday.

Speculation has built about what shape that stimulus could take.

“The expectation is something targeting property purchases and an interest-rate cut or a [bank reserve requirement ratio] cut,” said Gerry Alfonso, managing director at Shenwan Hongyuan Securities Co. The central bank has cut interest rates six times since last November and lowered the amount of reserves banks are required to hold a number of times.

On Tuesday, such expectations drove a rally in Chinese property shares, after reports circulated that stimulus measures could target the real-estate market, including a potential cut to mortgage down payment ratios for first-time home buyers.

The Shanghai Composite traded near flat for most of the day, before soaring in the last hour, a pattern analysts identify with state-led buying. State funds have played a huge role in stabilizing the mainland market, which fell more than 40% during the summer before bottoming out in late August.

“Some of the state-linked funds may have been trying to capitalize on the rise on financials and give them a further boost,” said Alfonso.

Chinese brokerages rose 6% and banks gained 6.3%, according to a gauge of the sectors on the mainland market by Shenwan Hongyuan Securities. Last week, authorities’ crackdown on three of China’s largest trading houses for potentially violating rules regarding margin loans battered the sector.

Elsewhere in the region, attention shifted to the European Central Bank policy meeting on Thursday and U.S. jobs data later this week. The latter could support expectations that the Federal Reserve will raise rates at its meeting later this month. The U.S. futures markets on Tuesday pointed to a 75% chance of a rate increase at the Fed’s next policy meeting.

The local dollar briefly hit 0.7342 against its U.S. counterpart earlier Wednesday, its highest level since Oct. 15, after the Australian Bureau of Statistics said gross domestic product in the third quarter grew 0.9% quarter-over-quarter and 2.5% from a year earlier. The local dollar has since pulled back to 73.12 U.S. cents and traded at 73.21 U.S. cents late Tuesday in Asia.

Get news alerts on Australian Dollar — or create your own.