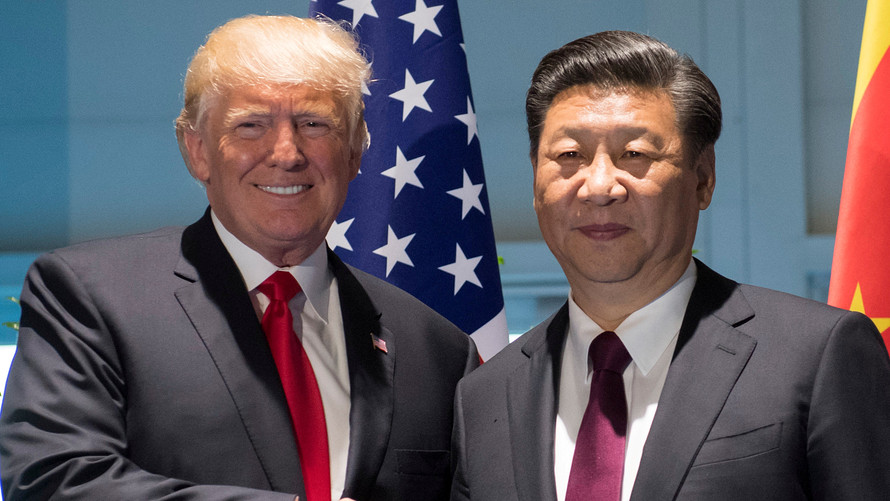 Reuters
U.S. President Donald Trump and Chinese President Xi Jinping met on the sidelines of the G-20 Summit in Hamburg, Germany, in 2017.

Asian stock markets struggled Monday, with some spotty gains amid bullish optimism emerging for a thaw in U.S.-China trade talks.

The Chinese state-run Xinhua news agency said Sunday that China’s President Xi Jinping will attend the G-20 summit in Japan this week, giving the first official confirmation of his attendance at the meeting, where he has been expected to talk on the sidelines U.S. President Donald Trump.

Vice President Mike Pence on Friday called off a planned China speech, presumably to clear the way for a high level head-to-head.

Optimism for Asian markets tracked weekly gains for U.S. stocks, even though the major averages finished lower Friday amid heightened tensions between Iran and the U.S. The Dow is on track for its best June in eight decades as investors cheered the Federal Reserve’s shift to a more dovish stance, a move that has helped lift most risk-on markets.

Still, all three main benchmarks were up for a third week in a row with the S&P 500 gaining 2.2%, the Dow climbing 2.4%, and the Nasdaq adding 3%, according to FactSet. And if the market can defend its month-to-date gains this week, the Dow is poised for its strongest June performance since 1938 while the S&P 500 could have its best June since 1955. For the Nasdaq, it could be its biggest June jump since 2000.