HONG KONG (MarketWatch) — Most Asian markets extended their recent decline Tuesday as fresh concerns about Europe, including a possible bailout for Cyprus, emerged in the run-up to this week’s European crisis summit. 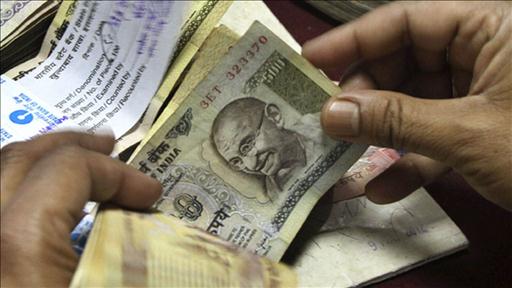 India tries to revive the rupee

Asian losses Monday had spread to the U.S. overnight, on faded hopes that a European Union meeting due to start Thursday would produce a blueprint for tackling the region’s problems, and as Cyprus became the latest European country to request financial aid. Read more on Cyprus.

“Risk assets continued their slide ahead of this week’s European Union summit,” said Barclays Capital strategists. “We believe the EU summit ... will yield more strong rhetoric in support of a road map toward tighter fiscal integration rather than the endpoint itself.”

Chances of successful negotiations between Greece and its European partners at the summit also appeared to diminish Monday, after the country’s finance minister reportedly resigned just four days after being appointed to the position and three days after hospitalization for nausea and dizziness. Read more on Greek finance minister’s departure.

Sony Corp. (TKS:JP:6758)   (NYS:SNE) dropped 2.9%, and Panasonic Corp. (TKS:JP:6752)   , traded down 1% in Tokyo, with the pair failing to get a boost from an announced tie-up to develop next-generation OLED televisions. Read more on Sony-Panasonic alliance.

Some reports cast the move as an effort to compete with Korean electronics giant Samsung Electronics Co. (OTC:SSNLF) , which rose 0.6% in Seoul, managing to take back a portion of the sharp losses made in the previous session, following reports of pressure on its earnings.

The yen is often sought as a safe haven when riskier assets sell off, along with the U.S. dollar. The U.S. currency gained on Monday, and commodities — which are mostly priced in dollars and often move inversely with the dollar — came under some pressure.

Macau casino operator Sands China Ltd. (HKG:HK:1928)  fell 5.8%, with the drop coinciding with unconfirmed reports China may be considering tightening visa and credit policies which could result in dampened tourist visits from the Chinese mainland.

Sands China is the lone Hang Seng Index component of the group and Credit Suisse on Tuesday lowered its recommendation on the stock to neutral from outperform, and cut also its share-price target, citing a soft earnings outlook.

Other gainers included News Corp. (ASX:AU:NWS)   (NAS:NWSA) , which climbed 2.4% in Sydney after the Wall Street Journal reported, citing people familiar with the situation, that the media giant is considering splitting itself in two. Such a move would see the firm hive off its film and television operations from its newspapers, book-publishing and education assets, the report stated. Read more on Australian media sector

News Corp. is the parent of The Wall Street Journal and MarketWatch, the publisher of this report.