HONG KONG (MarketWatch) — Most Asian markets fell Friday on caution ahead of the U.S. nonfarm payrolls data, while Japanese stocks dropped for a third straight day as exporters came under pressure from the yen’s sharp gains overnight.

Friday’s broad regional declines came amid some fears related to the U.S. jobs data, with analysts at Barclays saying “it appears that markets are positioning for a weaker number.” Economists surveyed by MarketWatch were expecting an addition of 173,000 U.S. jobs in May , up from 165,000 in April.

“All eyes will be on the U.S. jobs report today ... as the market adjusts their expectations of the [Federal Reserve’s] tapering timing. Ahead of the releases, investors will likely stay on the sidelines,” said Anthony Lam, a strategist at Crédit Agricole.

China’s Shanghai Composite /zigman2/quotes/206600939/delayed CN:000001 -2.96%  reversed early gains and fell 1.4% in afternoon trade, staying on course for a seventh straight day of losses. The drop came ahead of a long weekend, and before the release of a slew of economic data over the next three days, including monthly inflation and exports.

Mainland Chinese markets were slated to close Monday through Wednesday for the Dragon Boat Festival. Australian markets were also set to close on Monday for a national holiday. 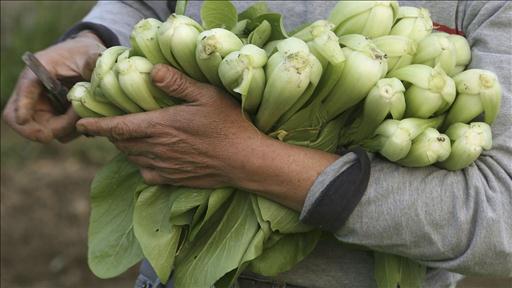 Going to extremes for food safety in China

In China, people who can afford to—both locals and expats—go to extremes to make sure their food is safe.

The benchmark had earlier in the day suffered a bigger drop to record losses of more than 20% from the peak it reached on May 23, entering a so-called bear-market territory. At the day’s close, the Nikkei was 19.2% below the May 23 high.

A Dow Jones Newswires report said a hedge fund run by billionaire investor George Soros was back placing bets in Japan, shorting the yen and snap up local stocks.

Still, some analysts said a surprise improvement in U.S. employment could just as swiftly reverse the dollar’s Thursday drop.