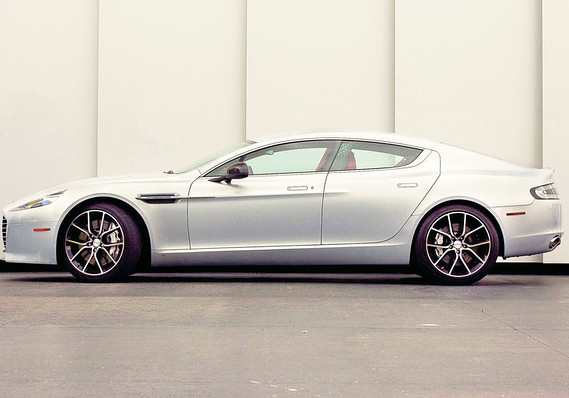 Dan Neil/The Wall Street Journal
After skipping the 2013 model year, Aston Martin’s Rapide returns for 2014 sporting a big red S and a long list of tweaks to go along with its irrepressible sexuality and irresponsible ergonomics.

My retirement plan: One day, I will acquire a Series II Aston Martin Lagonda (1976-90), an implausibly low four-door luxury saloon with cubist edges and NASA-style instrumentation, nothing less than a time capsule of 1970s optimism and naiveté. I will then spend the rest of my natural life rebuilding the car’s electric systems.

The William Towns-designed Lagonda was the most beautiful road car ever produced by the dear old firm, once based in mildewed sheds at Newport Pagnell, Buckinghamshire, England, but now, in the modern era, located in Gaydon, in Warwickshire. 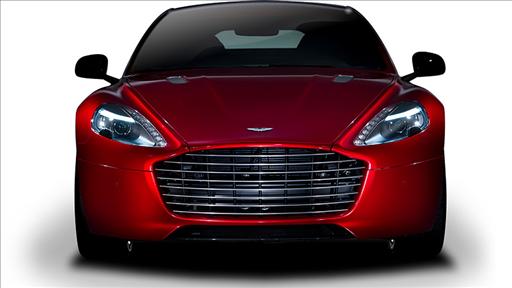 Running a close second in the looks department is our test car, the new Rapide S, a four-door version of the aluminum-chassis DB9 coupe with a newly revised 5.9-liter, naturally aspirated V12 (550 horsepower, up from the previous 470 hp).

Aston has dubbed this version of the dozen-pump the Gen 4 AM11, with remapped engine software, less internal friction and better breathing. Raise the hood and you’ll see, downstream of the throttle bodies, the two magnificent cast-magnesium air plenums converging at a black crinkle-finish engine shroud, the breastplate of a British battle robot.

Waist-high to a supermodel, and the whole liquid length of the thing hovering on 20-inch wheels, the Rapide S is spectacular, shattering, stunning. You know the part of your psyche that wants things? The Rapide S pierces it like an aluminum arrow. Thwock! Damn, that’s a fine-looking car.

After skipping the 2013 model year, the Rapide returns for 2014 sporting a big red S and a long list of tweaks to go along with its irrepressible sexuality and irresponsible ergonomics. The 2014 revision involved lowering the engine and revising the front end to meet European pedestrian-safety standards. I’ll get to that.

For the moment, I want to talk branding, and sing the praises of this company’s chief executive, Ulrich Bez. It may seem strange that Herr Dr. Bez—born and educated in Stuttgart, Germany, the bearer of a dossier thick with achievement in motor sports, as well as product development at Porsche /zigman2/quotes/208338327/delayed POAHY +0.88% , BMW /zigman2/quotes/209548467/delayed DE:BMW +0.71% and Daewoo—should turn out to be the perfect conservator of Aston Martin. But in 13 years, the guy has not put a foot wrong. The foundation, literally, of the modern Aston Martin is the VH chassis, which is a flexible architecture of bonded and riveted aluminum panels, rectangular-section tubing and extrusions, a production technique shared with Lotus and Tesla /zigman2/quotes/203558040/composite TSLA -4.21% , among others. While the construction technology was developed at the University of Birmingham, it was Bez who instituted the change at Aston Martin—on his second day on the job, according to legend.

Today, Aston can afford its own eccentricities, and the Rapide S is full of them.

Speaking of motor sports: Aston Martin is a relatively small, financially constrained company, with nothing like the resources that Porsche or BMW can bring to bear. And yet, under Bez’s direction, the company’s works team (Aston Martin Racing, or AMR) has competed in world endurance racing at the highest levels since 2005. AMR won the GT1 class at Le Mans in 2007 and 2008. From 2009 through 2011, AMR battled Audi /zigman2/quotes/207972355/delayed DE:NSU +0.63% and Peugeot in the insane-with-cash Le Mans Prototype category. The Astons never quite reached the podium in that competition—the Audi and Peugeot diesel prototypes had to stop less often for fuel—but AMR raced heroically.

This weekend, AMR is again in La Sarthe, France, marking Aston Martin’s centenary with a five-car effort to win the GTE Pro and Am categories. I would not bet against it.

In other words, Bez brought to the brand equation exactly what Aston Martin needed: credibility. By the time Bez took the reins in 2000, Aston Martin—then the property of Ford /zigman2/quotes/208911460/composite F -0.66% —was an empty suit of a company. Its racing heritage was a distant memory; the company’s flagship, the DB7 (coupe and Volante) was incestuously related to the Jaguar XK (Jag was also, at the time, owned by Ford). The franchise relied almost entirely on its James Bond connection, which was, frankly, a little sad. Driving an Aston Martin doesn’t make you James Bond any more than wearing an Omega Speedmaster makes you an astronaut.

The beauty of Bez’s approach is that today, Aston can afford its own eccentricities, and the Rapide S is full of them. The central console, for example, is a beautiful, baffling chessboard of leaded-crystal switches, aluminum buttons and compass dials controlling God-knows-what. In order to achieve Pythagorean perfection (the company literature invokes the Golden Ratio shamelessly), the four-door Rapide’s wheelbase is stretched a mere 9.8 inches compared with the DB9’s. That obliges the rear doors to be pretty small. Once you’re inside, the rear bucket seats are hilariously snug—in jacket size, about a 38 short, whereas I’m a 42 long.

These ergonomic shortcomings, which Porsche or Audi would never sign off on, constitute dare-to-be-different charisma in the Rapide S. The car’s leather-and-stitch saddlery is exquisite. The shoulder-high central tunnel that bisects the cabin, sheer exoticism. The aluminum cabin trim—around the seat-belt retractors, the cupholders, the many Bang & Olufsen loudspeakers—is the perfect complement. Yes, the seats are small, the sightlines restricted and the navi system something out of a truck-stop gift shop. Do I care? Not in the slightest.

The Rapide S is one of the most compelling, satisfying machines you’ll ever sit in.

The most notable change in the 2014 Rapide S is the larger, single-frame grille and its eight blades of polished aluminum, under which is a gorgeous carbon-fiber splitter that I managed to chip while parking at the grocery store. Lesson learned: Don’t take the Aston to the grocery store.

The revised front grille—which does have a sort of addled, curling smile to it—is part of a front-end revision necessary to meet more stringent pedestrian safety standards (the big V12 has been also been lowered 0.8 inch). What hasn’t changed is the deep, oaken, masculine rattle from the tailpipes, like a playing card stuck in God’s bicycle spokes.

Still not the quickest car in its class—officially, zero to 60 miles per hour in 4.7 seconds—and by no means the most efficient (11/19 miles per gallon, city/highway), the Rapide S is nonetheless one of the most compelling, satisfying machines you’ll ever sit in. In 25 years it will be a star on the lawns at Villa d’Este and Pebble Beach.

By then, I should have my Lagonda fixed.