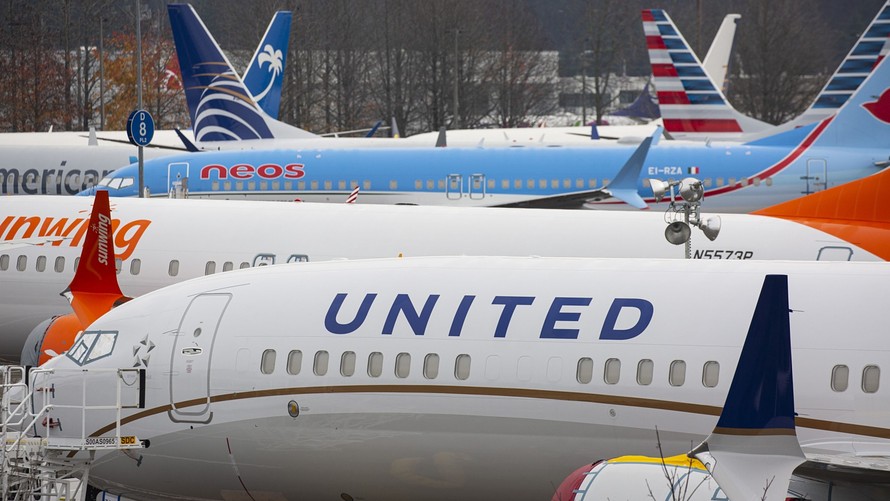 Boeing Co. investors are bracing for the company’s quarterly report, with all eyes on the jet maker’s outlook for 2020 amid ongoing concern about the 737 Max program and deteriorating balance sheet.

Some are expecting “absolute disaster” for the quarter.

That’s how analyst Robert Stallard at Vertical Research Partners has characterized his expectations for Boeing /zigman2/quotes/208579720/composite BA -3.78%  fourth-quarter earnings, particularly after the company earlier this week delayed its Max 737 return-to-service timeline to mid-2020, from a previous expectation of late March, early April.

The 737 Max jets have been grounded world-wide since March after two deadly crashes months apart were connected to a malfunctioning antistall system.

Stallard and others have recently dialed down their expectations for Boeing in the wake of Tuesday’s 737 Max update, downgrading the stock and whittling down price targets.

On average, analysts expect Boeing to report GAAP per-share earnings that are more than 60% less than the year-ago quarter, and adjusted EPS down more than 90%. The sales hit is seen around 20% year-over-year.

Boeing largely has kept quiet about its outlook for the year, and its problems don’t end with the 737 Max.

Estimize, a crowdsourcing platform that gathers estimates from Wall Street analysts as well as buy-side analysts, fund managers, company executives, academics and others, is expecting earnings of $1.67 a share.

Stock movement: Boeing shares have lost about 12% in the past 12 months. That compares with an advance of 18% for the Dow Jones Industrial Average. /zigman2/quotes/210598065/realtime DJIA -3.56%  Boeing is a Dow component.

What else to expect: Boeing is likely to tap the bond markets to support its idled supply chain in connection with the 737 Max grounding, with $6 billion to $10 billion in debt likely to be added to the company’s balance sheet in the first quarter of 2020, analysts with Baird said in a note this week.

Boeing is facing “a significant working capital drain” and a more than $1 billion a month cash burn rate, the analyst said, predicting the upper range of that debt tap. Boeing has already increased its net debt by 150% since the first quarter of 2019 to about $20 billion, they said.

Just through the end of the third quarter, the grounding has cost Boeing about $9 billion. That was expected to have surged by late last year to reflect the ongoing delay in returning the planes to the skies while covering suppliers’ costs and compensation settlements, the analysts said.

Then there are ongoing issues with other planes: Tucked in October’s third-quarter report, Boeing said it would reduce the production rate of its 787 “Dreamliner” planes to 12 a month, from 14, for about two years, beginning in late 2020. Some in the industry see risk the production rate could be further lowered due to lack of demand. A report on Friday said Boeing was considering a further reduction.

That Boeing pushed back the Max’s return to service date was seen as a mark of his more cautious style. Calhoun spoke this week about restoring trust on the Max jets, but sounded confident the plane would fly — safely — again.