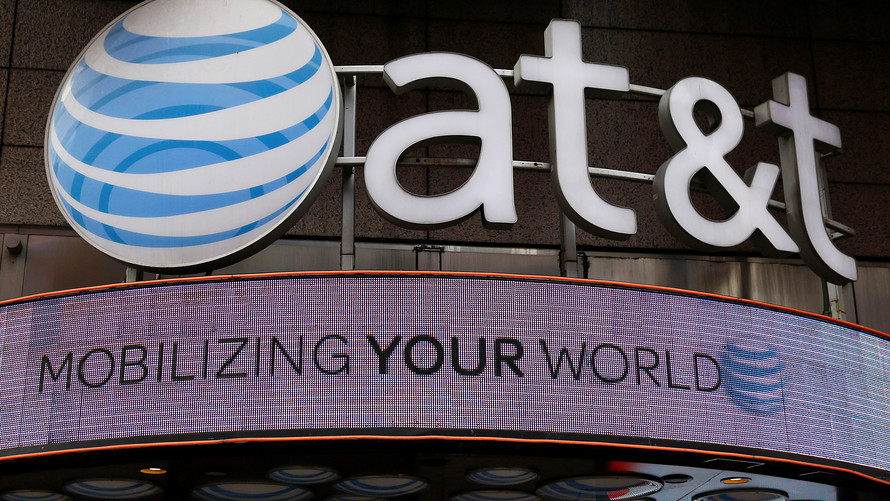 Reuters
AT&T shares are down for the fourth straight trading session.

Concerns about AT&T Inc.’s exposure to the media landscape are weighing on the company’s shares Monday, putting them on track for their largest four-day slide on record.

Analysts at Cowen & Co. and Baird each downgraded AT&T’s stock (NYS:T)  to the equivalent of neutral in Monday notes to clients, citing heightened risks stemming from the outbreak of COVID-19, the disease brought on by the novel coronavirus.

“While no company in our coverage universe is immune to the uncertain macro environment that awaits, AT&T’s diversified business including WarnerMedia (content/advertising) creates incremental uncertainty relative to more simplistic companies such as Verizon...and we believe is likely to make it more difficult for the company to achieve its 3-year guidance, which had been central to our previous view,” wrote Cowen’s Colby Synesael, who lowered his rating on the stock to market perform from outperform in a note titled “Too Diversified, Too Many Uncertainties.”

Though AT&T doesn’t have theme park assets like Walt Disney Co. (NYS:DIS)  and Comcast Corp. (NAS:CMCSA) , Synesael worries about the advertising outlook for the company’s Warner Media unit, writing that once ad dollars shift from TV to online during the COVID-19 crisis, they may never come back to traditional media. He also is concerned that the crisis could delay the launch of AT&T’s HBO Max streaming service or temper excitement for the offering once it debuts.

Baird’s William Power downgraded AT&T shares to neutral from outperform Monday as he warned that the company faces “revenue uncertainties” in general and said that its AT&T’s DirecTV and Warner Media businesses could come under pressure.

“WarnerMedia will feel most of its pain in Turner, the biggest segment, due to the loss of live sports, along with film,” he wrote.

Power’s downgrade comes as he changes his positioning on the media landscape more generally. He lowered his rating on Comcast to neutral from outperform as well, writing that “broadcast, theme parks and film and may take longer than expected to recover.” And he turned bullish on Netflix’s stock, arguing that the economic uncertainties brought upon by the crisis may accelerate cord-cutting trends.

In telecommunications, Verizon Communications Inc. (NYS:VZ)  and T-Mobile US Inc. (NAS:TMUS)  “appear relatively better positioned due to lack of media exposure,” he wrote.