LOS ANGELES (MarketWatch) -- The Australian government announced a deal Friday with the mining industry on the controversial resource-tax plan, which was partly responsible for pushing the nation's prime minister out of office last month.

The new prime minister, Julia Gillard, announced the deal in Canberra before the stock-market open, saying a "basic structure" for taxing natural-resource profits was now in place.

"We've been stuck on this question as a nation for too long," she said, promising that the agreement "will end uncertainty and division ... and will enable Australian businesses to grow." 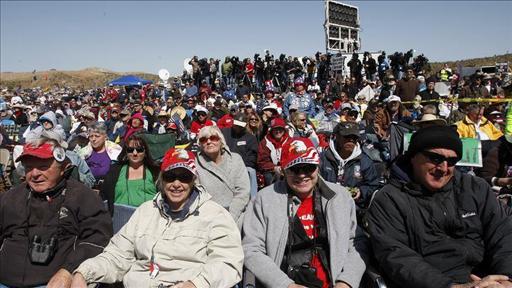 The rise of the movement and its message of cutting government spending is having an impact on policy and politics in Washington. Jerry Seib explains.

Under the new terms, that headline tax rate will be reduced to 30% for coal and iron-ore earnings. although profit from petroleum and some other resources will still be assessed at 40%.

The minimum threshold at which the tax kicks in will be raised from the yield on the 10-year Australian government bond -- currently around 5% -- to the 10-year yield plus 7 percentage points.

The deal also includes some concessions to major miners over how currently operating mines are valued in terms of assessing the tax.

But she defended the overall idea of revamping mining taxation in the country. "Australians are entitled to a fairer share of the mineral wealth that is in our grounds," Gillard commented.

The prime minister described the negotiations with the mining industry as "hard, frank and respectful."

Early word of the terms of the deal surfaced in the Australian news media Thursday, drawing a positive reaction from sector analysts. See full story on market reaction to Australian mining-tax reports.

The original version of the resources tax sparked sharp reaction from mining firms, which launched high-profile advertising and political campaigns against it, saying it would stifle new investment in a sector that plays a major role in the Australian economy.

The government under Kevin Rudd, who was then prime minister, defended the plan as fiscally necessary and started running ads of its own. But strong opposition to the move, as well as criticism of Rudd over environmental issues, forced him to bow out in a leadership challenge from his deputy, Gillard.

Despite concession on the resources tax, Gillard said the government remained on course to return to surplus in 2013. However, Treasurer Wayne Swan, who also serves as Gillard's deputy, said at the same news conference that plans to reduce the overall company tax below 29% after fiscal 2013-14 would now be shelved.

Gillard's Labor Party faces an election, expected later this year, and the announcement of a deal appeared to remove one of the obstacles to her re-election. But the opposition Liberal-National coalition said it would oppose the revised tax plan, repeating criticism that any such move would hurt investment and jobs in the country.