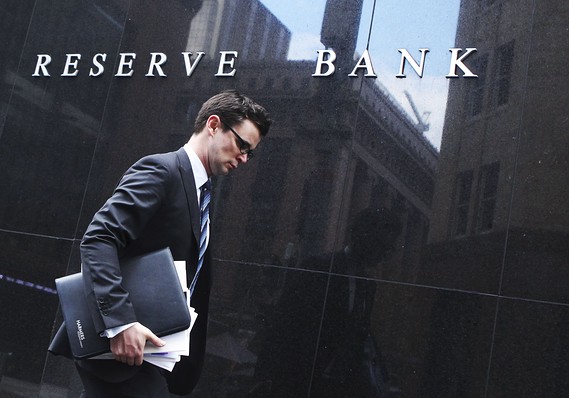 SYDNEY (MarketWatch) — The Reserve Bank of Australia made its last interest-rate decision of the year on Tuesday, meeting market expectations by cutting its key policy interest rate back to a level last seen in 2009 to cushion the economy against weakness in the mining sector.

The Australian central bank lowered its cash rate by another quarter percentage point, to 3%, where it stood at the peak of the global financial crisis

RBA Gov. Glenn Stevens said in a statement accompanying Tuesday’s decision that the central bank’s rate-setting board judged it was appropriate to ease rates further in December to “help to foster sustainable growth in demand and inflation outcomes consistent with the [RBA’s] target over time.”

Discussing Australia’s key mining industry in relation to the rest of the economy, Stevens said “recent data confirm that the peak in resource investment is approaching” and “available information suggests that the near-term outlook for non-residential building investment, and investment generally outside the resources sector, remains relatively subdued.”

Economists are concerned that the non-mining segments of the Australian economy hurt by a strong Australian dollar won’t be able to recover in time to pick up any slack from a deteriorating situation for miners and keep the country’s economic growth on target.

“We worry that the transition to housing/consumer-driven growth is unlikely to be smooth or enough to fill what is likely to be an increasingly large hole in growth as [mining capital expenditure] slows,” said Su-Lin Ong at RBC Capital Markets.

As for the aussie dollar, Stevens said: “the exchange rate remains higher than might have been expected” given lower export prices and a weaker global outlook.

“I think that what happened is that markets were starting to think that there was a chance of a 50-basis-point cut,” given recent data, said Shane Oliver, head of investment strategy at AMP Capital. “We only saw 25 basis points, so the dollar rebounded and shares softened.”

“Also, the statement was very neutral with no hint of an easing bias,” for the future, Oliver said.

If Tuesday’s cut proves to be the last of the current cycle for the RBA, then that would bring to an end an easing period that has spanned 13 months.

The Australian central bank started cutting rates last November amid signs that a weakening global economy was starting to take a toll on the Australian economy, particularly via lower commodity prices.

Before Tuesday’s meeting, the central bank had already taken one percentage point off its benchmark cash rate since January, and one-and-a-half points off the rate since it began its easing cycle.