Standard change fees still apply if you want to avoid this plane, some airlines say 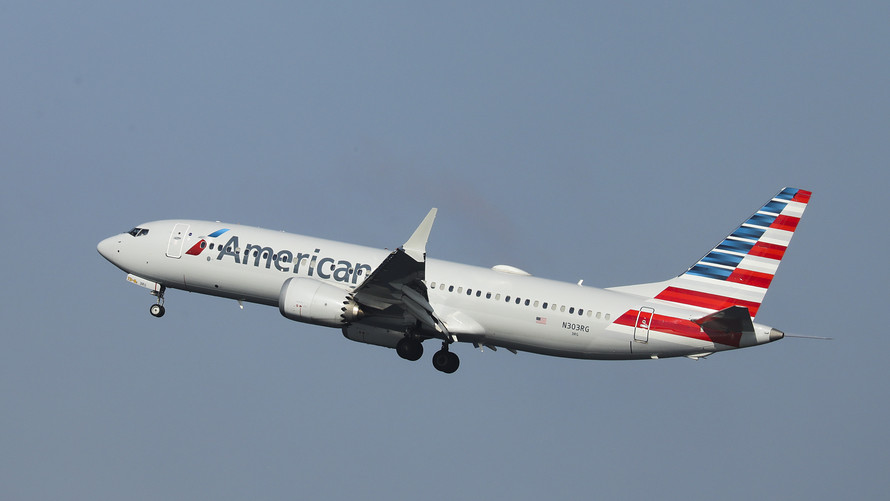 Passengers unnerved by the two recent Boeing 737 Max 8 crashes should be ready to pay if they want to ease their minds by changing their flight plans.

‘As long as the FAA and Boeing are standing behind the 737 Max, airlines not only have cover, at least some are at a competitive disadvantage if they were to take action on their own.’

—Paul Hudson, the president of FlyersRights.org

The Federal Aviation Administration has not grounded any 737 Max planes, although the U.K. aviation authority grounded those planes on Tuesday, joining Malaysia, Norway, Singapore, Australia and several Latin American countries.

On Sunday, an Ethiopian Airlines crash killed all 157 aboard just five months after the same model aircraft crashed in Indonesia, killing all 189 people aboard a Lion Air flight. Some carriers including Cayman Airways and Ethiopian Airlines have said they’ll temporarily stop using the planes and flight safety regulators in China and Indonesia have grounded the jetliners.

So how can you tell if you are taking a 737 Max airplane?

Websites Flightview.com and Flightaware.com — which said it saw a “noticeable spike in visitors” on Sunday — can say which aircrafts are planned for use on a particular flight. Flightaware.com told MarketWatch there’s no set timeline as to when aircraft types are posted for flights.

On Wednesday, Kayak.com, a travel booking site, said it would start including aircraft data.

“We’ve recently received feedback to make KAYAK’s filters more granular in order to exclude particular aircraft models from search queries,” said Chief Technology Officer, Giorgos Zacharia. “We are releasing that enhancement this week and are committed to providing our customers with all the information they need to travel with confidence.”

Hudson, who is also a longtime member of the FAA’s rule-making advisory committee, thinks all 737 Max 8 planes should be grounded. It is “inappropriate” for carriers to keep flying the planes at issue and to charge flight-change fees under the circumstances, Hudson said. “But I can understand why they rely on the safety regulators and manufacturer for their guidance.”

He added, “As long as the FAA and Boeing are standing behind the 737 Max, airlines not only have cover, at least some are at a competitive disadvantage if they were to take action on their own.”

Fees are one way for carriers to make money, while still offering rock bottom base fares. Airlines in recent years have expanded extra charges are for so-called amenities like early access to the overhead storage bins, meals — and of course, checking bags.

Authorities are investigating the crash, which happened minutes after take off. Boeing’s /zigman2/quotes/208579720/composite BA -0.66%   technical staff will examine the scene, according to a company statement extending “heartfelt sympathies to the families and loved ones of the passengers and crew on board.”

“As the investigation of Ethiopian Airlines Flight 302 progresses, we are staying in close contact with Boeing, the FAA, and other airlines to learn the cause of the accident,” Southwest said in a statement. “We operate 34 Max 8 aircraft in our fleet of more than 750 Boeing 737s. We remain confident in the safety and airworthiness of the Max 8. We don’t have any changes planned to our Max 8 operations.”

“Additionally, we are not issuing refunds of non-refundable fares, though we are working with customers individually who wish to re-book their flight to another aircraft type,” it added.

United /zigman2/quotes/205037281/composite UAL -2.94% told MarketWatch that it currently has 14 MAX-9 and no MAX-8 or MAX-10 aircraft in our fleet. “We have made clear that the Boeing 737 MAX aircraft is safe and that our pilots are properly trained to fly the MAX aircraft safely,” it said.

Some passengers nervous about flying on the Max 8 have asked for waivers on change fees and other expenses involved in switching flights, but none of those carriers will offer special accommodations to travelers who want to avoid the Max 8.

Southwest responded on its Twitter /zigman2/quotes/203180645/composite TWTR +0.30%   account that it’s not offering any special deals to people who want to change their reservations to avoid the plane . “If you would like to change your flight, there would be a difference in fare that would need to be collected for doing so,” a Southwest representative said on the social-media platform.

A Southwest spokesman told MarketWatch, “We have been in contact with Boeing and will continue to stay close to the investigation as it progresses. We remain confident in the safety and airworthiness of our fleet of more than 750 Boeing aircraft. We don’t have any changes planned to our operational policies or procedures.”

The company was getting customer questions on whether their flight would be aboard a 737 Max 8, the spokesman noted. “Our customer relations team is responding to these customers individually, emphasizing our friendly, no-change fee policy (customers simply pay any applicable fare difference). We remain confident in the safety and airworthiness of our fleet of more than 750 Boeing aircraft.”

‘At this time there are no facts on the cause of the accident other than news reports.’

American Airlines noted “at this time there are no facts on the cause of the accident other than news reports.” A representative for the carrier said it would closely watch the crash probe as it always does when accidents happen.

“American continues to collaborate with the [Federal Aviation Administration] and other regulatory authorities, as the safety of our team members and customers is our number one priority. We have full confidence in the aircraft and our crew members, who are the best and most experienced in the industry.”

“Our standard policies regarding changes to an itinerary would still apply,” the statement said.

Other carriers, such as FlyDubai and Silk Air reportedly also plan to keep using the Boeing plane. Air Canada /zigman2/quotes/207443554/composite ACDVF +0.39%   and WestJet   are reportedly continuing to use the aircraft as well .

The FAA said in a statement it had staff on site in Ethiopia along with the National Transportation Safety Board. “We are collecting data and keeping in contact with international civil aviation authorities as information becomes available.”

It added, “If we identify an issue that affects safety, the FAA will take immediate and appropriate action.”