Bank stocks look like bargains and their dividends are safe, these analysts say 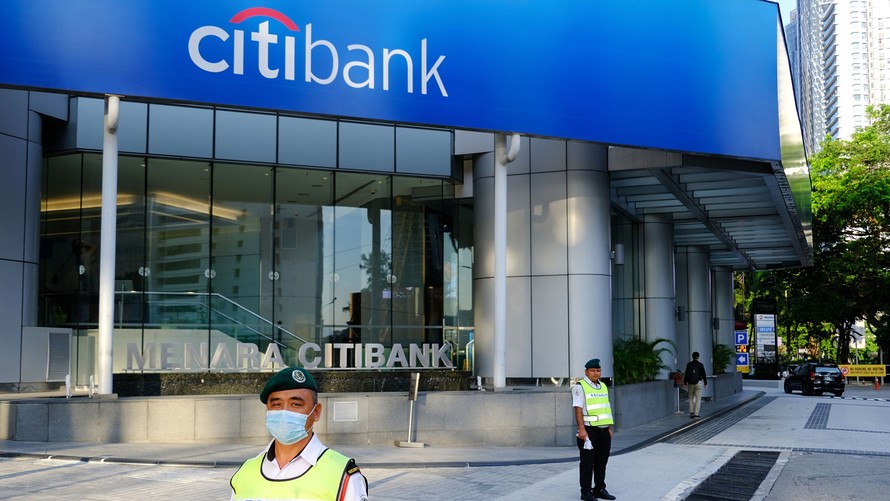 Bloomberg
Citigroup and other large banks have much higher capital levels than they had going into the 2008-2009 financial crisis.

The coronavirus crisis has been brutal for most investors, and bank stocks have taken it especially hard. 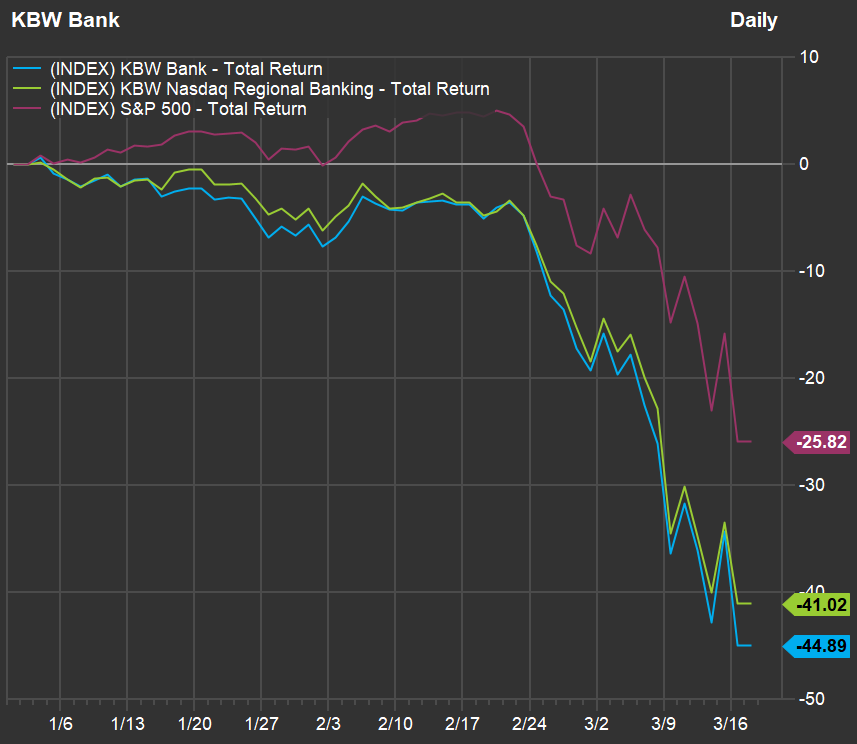 Investors seem to have overreacted

The tremendous decline in bank stock prices “implies loan charge-offs between 7% to 10% [of total loans] on banks of all market-cap. sizes,” Christopher Marinac of Janney Montgomery Scott wrote in a note to clients on Monday.

In an interview on the same day, Marinac, the firm’s director of research, said there was a “fundamental disconnect” in the stock market, with investors assuming the banks as a group will lose money. Some of this year’s decline is tied to assumptions based on the 2008-2009 financial crisis, he said.

During that banking crisis, banks suffered tremendous losses as they charged-off commercial real-estate loans with relatively short terms that couldn’t be renewed because collateral properties had lost so much value. This time around, collateral is not the problem.

And whether regulators would make it easier for banks to renew or extend troubled commercial credits during the present crisis, Marinac said: “My answer is a resounding ‘yes.’ ”

“Banks were part of the problem in 2008 and 2009, and now banks are part of the solutions. You will see that happen in different ways. First, extending credit. Second, TDRs [troubled debt restructurings],” he added.

David Konrad of D.A. Davidson said this move wasn’t necessary to shore up capital, but was important so that banks could show they wanted “to be part of the solution of the crisis rather than blamed for it.”

Konrad is a managing director at D.A. Davidson and a senior research analyst. During an interview, he said the buyback suspensions would have “a low single-digit impact” on the banks’ earnings per share.

“I don’t think we are anywhere near dividend cuts yet, especially with the big banks,” in light of much higher levels of capital, he said. The Dodd-Frank Wall Street Reform and Consumer Protection Act of 2010 greatly increased required capital ratios for banks.

Marinac agrees that large banks’ dividends are “very secure.” He said that aside from “a one-time reserve” for expected loan losses from the coronavirus outbreak’s economic slowdown, “bank earnings will continue to be positive.”

“I still think they will make money off collecting interest. Banks are still accruing interest every hour of every day,” Marinac said.

“The June 2019 severely adverse scenario assumed 10% unemployment and a stock market decline of 50%. But even in that scenario, none of the banks tested would have to raise dilutive capital,” Lapey said during an interview. When a company issues new common shares to raise capital, the ownership position of its shareholders before the new issuance is diluted.

“I don’t see that happening under this scenario,” Lapey said, when asked if any of the big U.S. banks would have to issue new common shares, even though he “certainly” expects a global recession.

Lapey agrees with the other analysts that it was important for the big banks to suspend share buybacks. “It is better to invest in your business,” he said, adding that “at the end of the day, not buying back stock, for however long it is, will have a much smaller impact on shareholder returns than it would be if they mismanaged their balance sheets or missed out on [increased] lending opportunities.”

Lapey pointed to Citigroup, the largest holding of the Gabelli Global Financial Services Fund, as an example of how well-prepared the banks are: “If you compare their capital position now, to what it was going into the last financial crisis, it is remarkable. Assets to tangible book value in 2007 was 43 times and now it’s 13 times.”

Charles Lemonides, founder of ValueWorks in New York, called Goldman Sachs another excellent value for long-term investors. “They don’t seem to be dangerously positioned in any area. Your upside is 50% to 100% over a two-year time frame,” he said.

Because of the share-price declines and low valuations, members of Konrad’s team at D.A. Davidson upgraded their ratings to “buy” for these five smaller regional banks March 16: