Bannon associate plows ahead with changes after taking over U.S. taxpayer-funded Agency for Global Media

While critics fear Voice of America and Radio Free Europe are being turned into Trump propaganda organs, Michael Pack tells bipartisan Senate group that he’s doing what he was hired to do 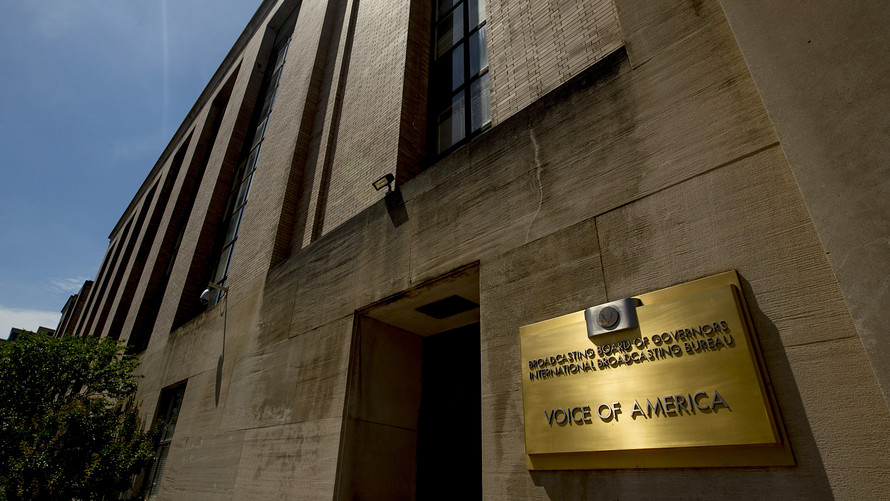 WASHINGTON (AP) — Despite a barrage of criticism from both Democrats and Republicans, the new chief of U.S. global media is plowing ahead with changes to the Voice of America and other international broadcasters that are heightening concerns about their future as independent news organizations.

Although Agency for Global Media chief executive Michael Pack has assured Congress that VOA and its sister networks will remain independent and pledged he would consult lawmakers on significant developments, last week he initiated personnel changes and began a review of visas for foreign employees.

Some fear the moves will damage the institution’s credibility and its ability to fulfill its congressionally mandated mission to broadcast impartial news around the world by turning the operation into a propaganda machine for President Donald Trump. Others couch them as long-needed reforms.

Pack on Wednesday fired the executive editor of Radio Free Asia, Bay Fang, whom he had demoted from president shortly after assuming office last month. A day earlier, Pack installed a South Carolina politician with little, if any, relevant experience to run the Open Technology Fund, which works to provide secure internet access to people around the world.

In addition, Pack launched a case-by-case review of visas for foreign agency employees, many of whom bring critical language skills needed to communicate with the foreign populations that are the primary audiences for AGM broadcasts. Although the review is not complete and no visa actions have yet been taken, some believe the review itself sends a chilling message to journalists.

As those moves were happening, the agency on Thursday publicly boasted of removing the Iranian and North Korean flags from a display at its Washington headquarters, prompting questions about the priorities of its new leadership at a tumultuous time in world events amid rising tensions between the U.S. and China and disputes over how to handle the coronavirus pandemic.

“As of today, the flags of regimes hostile to America no longer fly in the halls @USAGMgov, the taxpayer-funded home of U.S. international broadcasting,” the agency’s public relations bureau tweeted. The post included before and after photos of the flag display and the hashtags: “#America” “#freedom” and “#SpotTheDifference.”

Pack, a conservative filmmaker and associate of former Trump political adviser Steve Bannon, has defended the moves as necessary to reforming the agency, which critics have long said is beset by bureaucratic and journalistic issues. That criticism exploded earlier this year when the White House attacked VOA for its coverage of COVID-19.

‘These actions, which came without any consultation with Congress, let alone notification, raise serious questions about the future of USAGM under your leadership.’

Democrats, who suspect Pack wants to promote Trump over long-standing American values and interests, and some Republicans have demanded explanations for his abrupt dismissal of the heads of Radio Free Europe/Radio Liberty, Radio Free Asia, Middle East Broadcasting Networks and the Open Technology Fund. (The director and deputy director of VOA resigned within days of Pack’s taking control of AGM.)

On July 1, seven U.S. senators, including four Republicans who voted for his controversial nomination, sent a letter to Pack expressing concern about the dismissals and possible politicization of AGM. “These actions, which came without any consultation with Congress, let alone notification, raise serious questions about the future of USAGM under your leadership,” they wrote.

Pack did not respond to the letter whose signers included Marco Rubio of Florida, Lindsey Graham of South Carolina and Susan Collins of Maine until a week later, when he sent a polite but firm reply that said he was only doing what he had been hired to do.

“The president, the American people, and the Senate asked me to make bold and meaningful changes,” he wrote in his July 8 response, a copy of which was obtained by the Associated Press. “Indeed, throughout the confirmation process, and in the weeks since taking the helm, I made clear my commitment to fixing the widely-known management issues that have long beleaguered USAGM and, in turn, its institutions.”

“During the confirmation process, I pledged to respect and protect the independence of the USAGM journalists, and I stand by that pledge,” he said. “I also wish to reiterate my firm commitment to honoring the VOA Charter and to supporting the missions of the other USAGM networks and our heroic journalists around the world. As an agency, through accurate and reliable reporting, we have to get the truth to those starved for it.”

Yet, the review of visas, known as J-1 visas, for foreign staffers and the appointment of a 78-year-old former South Carolina secretary of state, James Mills, to run the Open Technology Fund have raised questions about that commitment.

The visa review, in particular, “will be perceived as a threat to many reporters,” said Matt Armstrong, a former Republican appointee to the Broadcasting Board of Governors, which was the AGM’s predecessor. “Mr Pack is finding his ways to influence VOA’s output without direct intervention. Failing to renew [visas] may result in harsh penalties for some of these reporters and their families, from jail to even death.”

In response to reports that visas had already been or were about to be cancelled, the agency responded that the review was not yet complete and that “it appreciates the value of critical-language skills offered by U.S. citizens and foreign nationals.”

“To improve agency management and protect U.S. national security, it is imperative to determine that hiring authorities and personnel practices are not misused,” it said. “As such, USAGM is undertaking a comprehensive, case-by-case assessment of personal services contractors who are J-1 visa holders.”

It did not give a projected date for the completion of the review.