Barbie’s boyfriend, Ken, gets a makeover — look for the man bun and the dad bod

Diversity and diversification are part of the story as Mattel gives Ken new skin tones, body shapes and hairdos 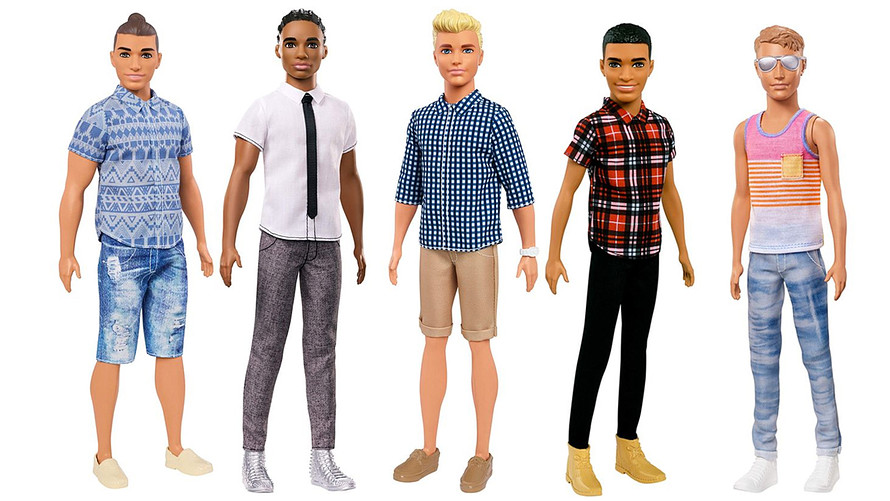 Ken has a “dad bod,” perhaps fittingly, as he’s been on the scene since the early ’60s. That’s not all. Barbie’s longtime boyfriend also has a “man bun.”

In fact, Mattel Inc. /zigman2/quotes/209819189/composite MAT -2.59% on Tuesday announced a set of 15 new Ken dolls in an effort to modernize and add diversity to the Barbie lineup. Ken now comes in three different body types — slim, broad and original — plus seven skin tones, eight hair colors and nine hairstyles, including corn rows and the man bun. He’s also got a new wardrobe, complete with skinny ties and plaid button-ups.

“Most of the new Ken dolls and accessories are available for preordering now through the Barbie website and are slated to become available on July 8, though some accessories won’t arrive till this fall. Some of the dolls are already available in store at locations including Target /zigman2/quotes/207799045/composite TGT +3.29%   and Toys R Us. The dolls start at $9.99. 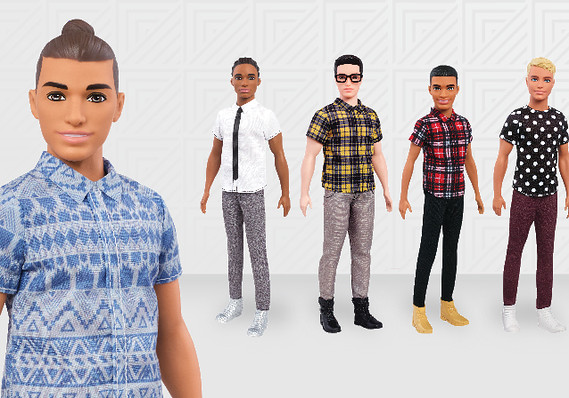 Barbie has received similar makeovers in recent years. In January 2016, Mattel announced that it was adding both curvier and more petite Barbies to the lineup. Those changes were part of an attempt to address concerns that Barbie’s traditional tall, slim and blonde look was out of touch with today’s children and the type of doll that girls now want to play with, according to the Wall Street Journal. In 2015, new Barbie skin tones, facial structures and hairstyles had been rolled out, creating the most diverse lineup that Mattel has given to the Barbie line since it was introduced in 1959.

Mattel has undertaken other attempts to turn Barbie more progressive, including the creation of a President Barbie — with a female vice president, no less. 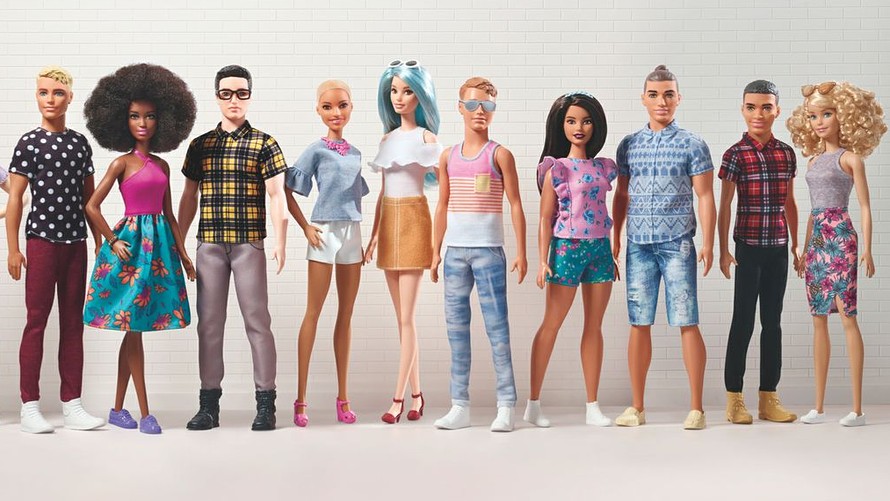 Mattel, which also makes the Hot Wheels and Fisher-Price toy lines, has struggled in recent years to maintain healthy sales in the iconic doll brand.

Rival Hasbro /zigman2/quotes/201249319/composite HAS +0.07% , which in 2016 secured the rights to develop dolls based on Disney princess characters, including those in “Beauty and the Beast” and “Frozen,” passed Mattel in quarterly revenue for the first time since 2000.

Get news alerts on Mattel Inc. — or create your own.