Bayer’s $62 billion bid for Monsanto: 5 things to know about the record-breaking deal 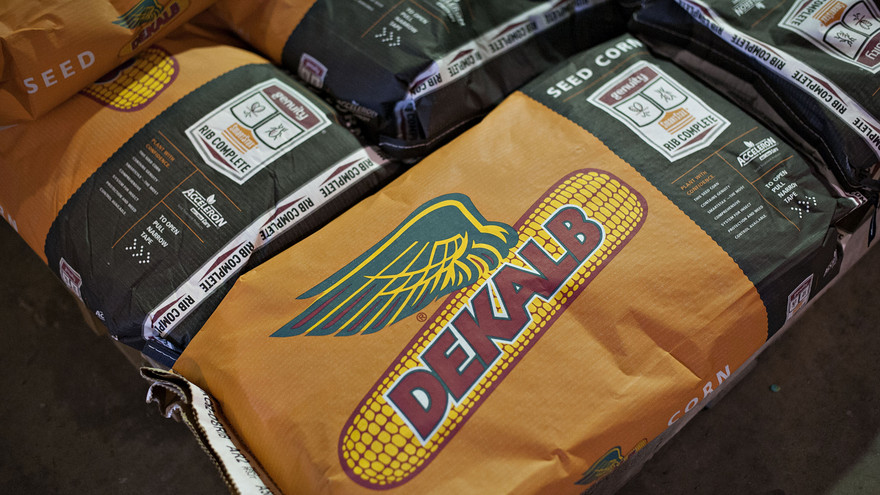 Bayer /zigman2/quotes/210533053/delayed DE:BAYN +2.68%  confirmed it was bidding for Monsanto /zigman2/quotes/225322099/composite MON +0.0010% last week, but kept the financial details a secret until Monday morning. The confirmation came swiftly, after only few days of rising speculation that the Leverkusen-based was taking aim at its U.S. rival.

The price is high enough to make the proposed takeover stand out even among the recent stream of mergers and acquisitions in the industry — rivals Dow Chemical /zigman2/quotes/203121064/composite DOW +0.80% , DuPont /zigman2/quotes/203606582/composite DD +3.00%  and Syngenta  are all waiting for regulators to approve their own transactions.

But the size is not the only eye-catching fact about the Bayer-Monsanto deal. Here are some of the other notable facts about the bid, according to Dealogic.

Biggest deal of the year

With its price tag of $62 billion, the Monsanto takeover will be the highest-valued deal of 2016 so far — if it gets approval from shareholders and regulators, that is.

Bayer’s approach to Monsanto claims this crown from a bid from earlier in 2016 — already shaping up as a historic year for agriculture-related acquisitions. In February, China National Chemical Corp.’s $43 billion cash offer for Syngenta AG  put it in the lead for the largest deal ever in the industry.

ChemChina’s offer came after months of uncertainty over the future of Swiss pesticide and seed supplier Syngenta, which itself had been earlier pursued by Monsanto.

Bayer and Monsanto are both chemicals companies as well as agricultural suppliers. So what about the Dow Chemical and DuPont megamerger, which will create a $130 billion giant and was struck in December? Well, under Dealogic terminology, that pact is categorized as in the chemicals sector, and not the agribusiness sector — so it doesn’t tip Bayer off the top spot.

Bayer has offered $122 per Monsanto share in the all-cash offer, representing a 37% premium over the price on May 9 — the day before the German would-be buyer made a written proposal.

Monsanto shares, however, didn’t start rising until May 12, when Bloomberg first reported a deal was on the cards. Bayer shareholders, on the other hand, have reacted more negatively to the news, and the stock has fallen 16% since May 9.

The mooted merger would make Bayer a record breaker in its home country. It would be the largest foreign acquisition by a German company ever, breezing past the likes of Daimler AG’s $39 billion merger with Chrysler Corp. back in 1998 and Deutsche Boerse AG’s /zigman2/quotes/205502669/delayed DE:DB1 +0.40% proposed $14 billion union with London Stock Exchange PLC  this year.

A fusion of the two companies would create the largest global player in agricultural supplies, with a wide portfolio ranging from crop protection products to genetically modified seeds and pesticides for farming. Bayer said the merger would bring total synergies of about $1.5 billion a year after the first three years.It would also boost core earnings by less than 10% in the first year, and by more than 10% in the following years, the German company said.

Get news alerts on Monument Circle Acquisition Corp. Cl A — or create your own.