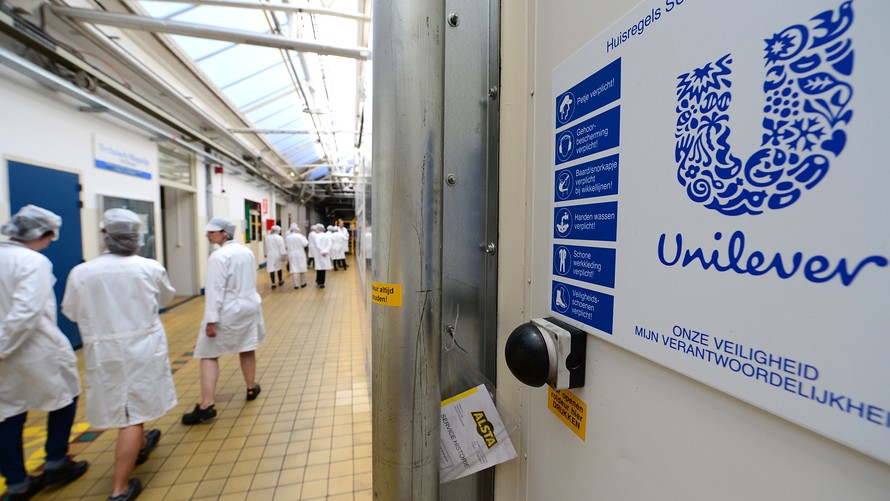 Getty Images
Unilever has pledged net-zero emissions by 2039, which would be 11 years ahead of the voluntary Paris climate agreement deadline.

Global food and consumer-goods conglomerate Unilever, parent to Ben & Jerry’s, Lipton, Marmite and more, on Monday earmarked 1 billion euros ($1.13 billion) for a climate and nature fund, and pledged net-zero emissions across its product lineup by 2039.

The investment will be spent over the next 10 years on projects including water preservation, landscape restoration, wildlife protection and carbon sequestration. The Anglo-Dutch company /zigman2/quotes/204685760/composite UL +1.18%   /zigman2/quotes/205449809/delayed UK:ULVR +0.18%  which also makes Dove soap and Suave shampoo, had already pledged last year to halve its virgin plastic use by 2025. Last week, the company announced it had changed its mind and will make London its headquarters.

“While the world is dealing with the devastating effects of the Covid-19 pandemic, and grappling with serious issues of inequality, we can’t let ourselves forget that the climate crisis is still a threat to all of us,” Alan Jope, Unilever CEO, said in a statement.

“Climate change, nature degradation, biodiversity decline, water scarcity — all these issues are interconnected, and we must address them all simultaneously,” he said.

If the net-zero emissions goal can be met, that accomplishment will be 11 years ahead of the voluntary Paris climate agreement deadline. The company is approaching the target through actions including reducing electricity consumption in its offices. In 2019, Unilever’s greenhouse gas (GHG) footprint was roughly 60 million metric tons of carbon dioxide equivalent, which is 15% more than its footprint in 2010.

Jope has warned that the company would sell off brands that could not meet its own sustainability targets, the Guardian reported.

Unilever said Monday that it aims to make all product formulations biodegradable and achieve a deforestation-free supply chain by 2023. The company said it will use satellite monitoring, geolocation tracking and blockchain for traceability and transparency within its supply chain.

Environmental groups were mixed in their response to the conglomerate’s announcement.

Activist group Greenpeace U.K. argued that other campaigns toward slowing man-made climste change by Unilever have been more for PR points than bringing about tangible change, especially given its global reach, use of commodities and the range of products it sells.

“Unilever needs to come clean about where it stands at this pivotal time. As governments like Brazil and Indonesia continue to dismantle already inadequate safeguards for the environment, people and wildlife, whose side is it on?” said Greenpeace UK Executive Director John Sauven. “How will the indigenous peoples whose land rights are being violated, whose forests are being destroyed for commodity expansion and who are dying as a result of fires and Covid-19 actually benefit now from what Unilever is announcing?”

Read: As boomers hand over the keys to the stock market, sustainability-minded younger investors let their consciences lead

Other companies with large carbon footprints have made similar pledges. Among them, Nestlé /zigman2/quotes/210131093/delayed NSRGY +1.12%   has set its zero-emissions target for 2050, matching the timeline set by the Paris pact to limit annual global warming to 1.5° degrees Celsius.

Read: Microsoft, Visa and others worth combined $11.5 trillion want Congress to include climate in COVID-19 recovery plan

Unilever’s London-traded shares are down 1.4% in the year to date and off 13.6% over the past year.

Get news alerts on Unilever PLC ADR — or create your own.