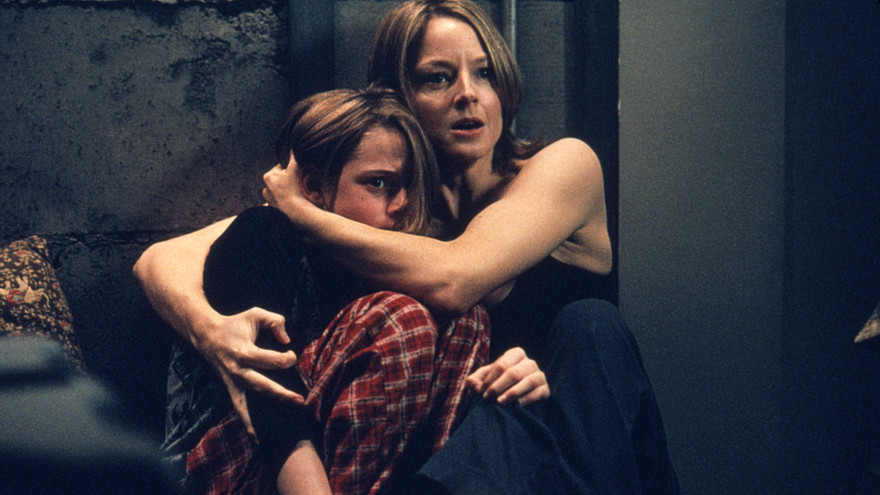 Buying of banking stocks has reached panic proportions, suggesting a trend reversal over the next couple of weeks may be likely.

Financials have been the best performer of the S&P 500’s 11 key sectors since Donald Trump was elected president, with the sector tracking stock (XLF) soaring 18.8% since Nov. 8, compared with a 5.6% gain in the S&P 500 index. /zigman2/quotes/210599714/realtime SPX -2.57%  The XLF produced this week its best rolling one-month (22 sessions) percentage gains since August 2009, as the financial crisis was ending.

Investors appear to be banking that President-elect Donald Trump will provide a Goldilocks scenario for financials, as his promises of lower regulations, lower corporate taxes and a revived economy that results in higher longer-term interest rates are just right for the sector.

A number of technical warnings signs have flashed, however, suggesting the postelection buying frenzy is petering out:

“There is no doubt that momentum is impressive in the sector—the problem is that it seems to have entered panic mode and that rarely lasts,” Goepfert wrote in a note to clients. 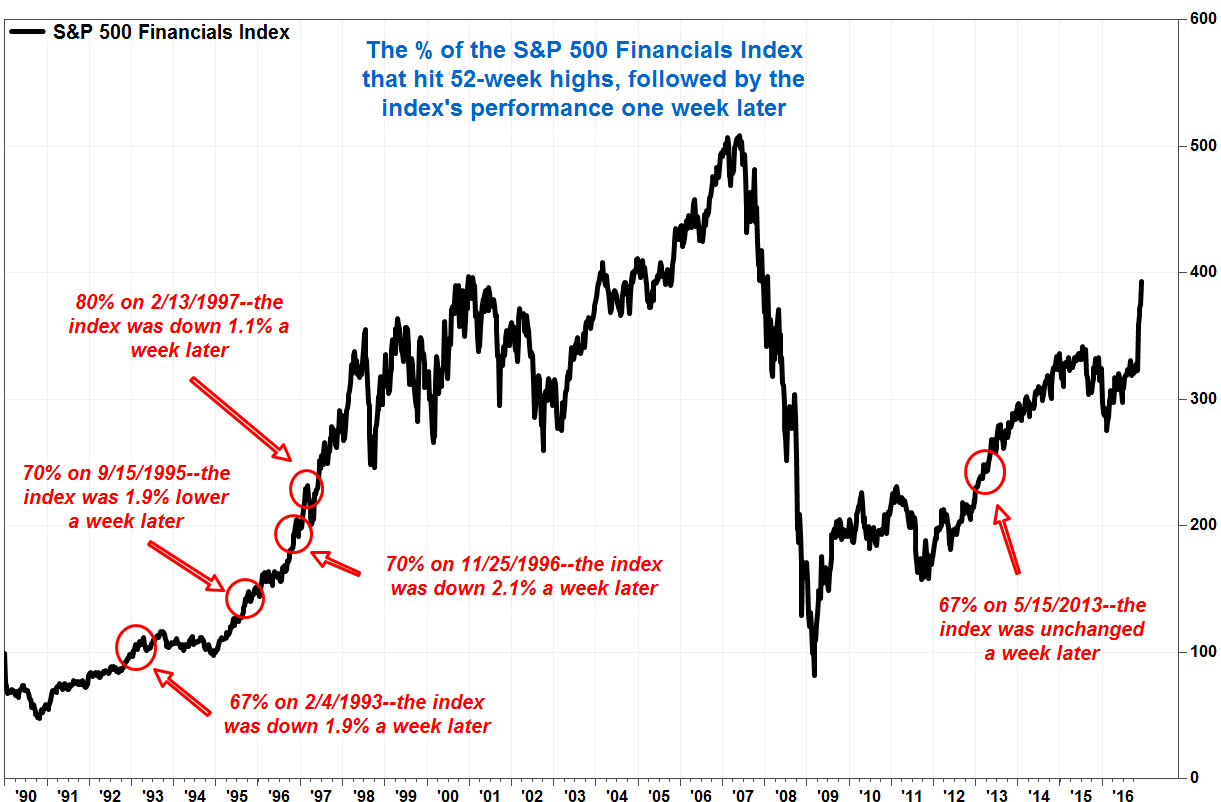 The uptrend would eventually resume, with a vengeance, as the sector would swing from a loss of 0.7% after a month to a gain of 2.7% after three months and to a 9.2% surge after six months, Goepfert said.

• Trading volume, which is viewed by many market experts as a sign of investor participation, has been trending lower for the XLF. And trend followers always feel the more, the merrier. 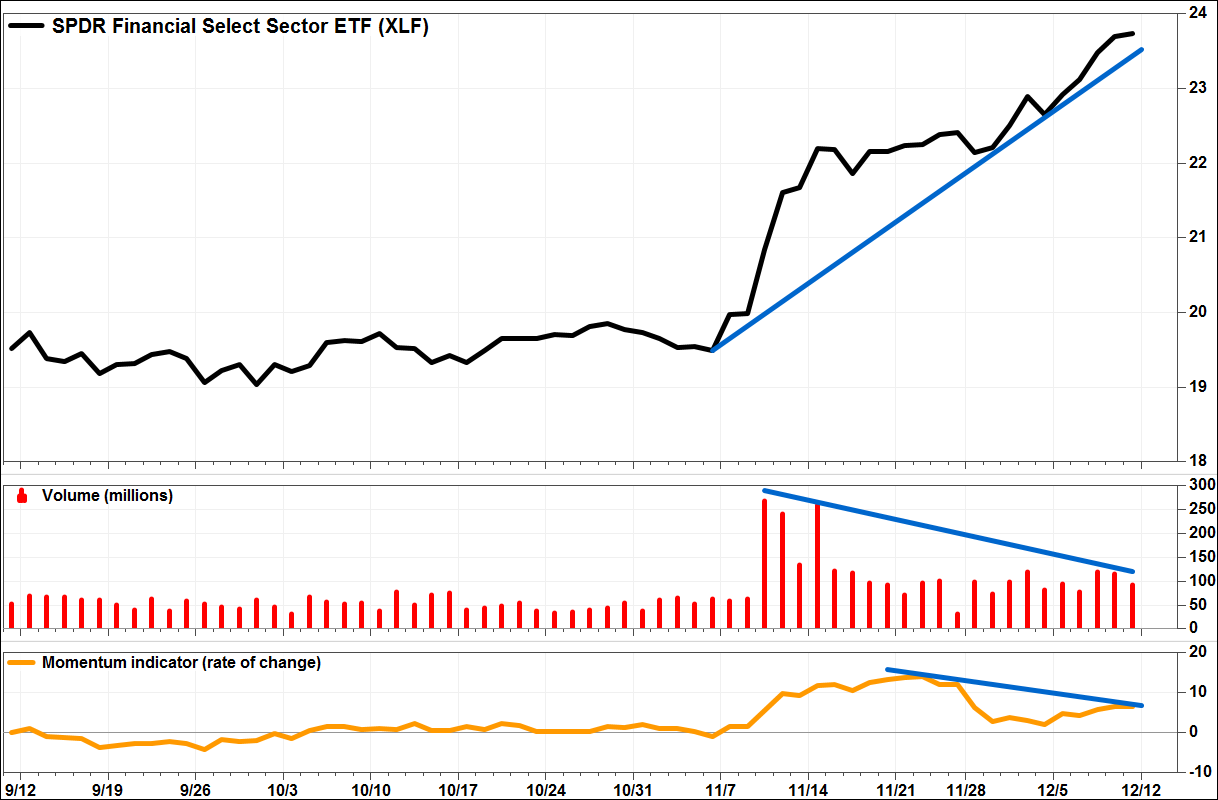 But volume has even reached 150 million shares since that first week, and had dropped to 116.9 million shares on Thursday, even though the XLF closed at the highest level since Feb. 1, 2008. In other words, buying interest has already waned. On Friday, the XLF rose to a near nine-year high, but volume dropped to a below-average 95.6 million shares.

• The momentum indicator, which measures the rate of change of a charted instrument, had peaked at an overbought level of 14.30 on Nov. 22, when the XLF closed at $22.25. Since then, the XLF has climbed over 6%, but the momentum indicator has dropped to a neutral reading of 6.57, according to FactSet.

On Monday, the indicator was set to open lower, at around 6.12. 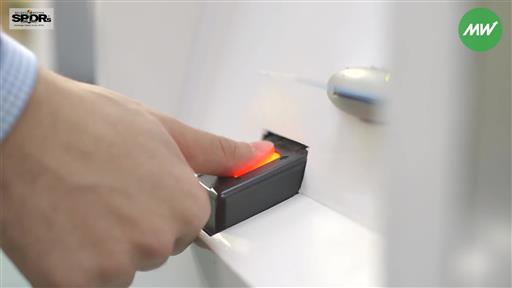 How biometrics could replace your entire wallet

What if you never had to pull out an ID card at the airport, at the doctor's office, or even at the voting poll? Here's how biometric IDs could replace wallets, passwords, keys and tickets.

This pattern of rising prices and falling technicals is referred to as “bearish divergence.” These divergences aren’t necessarily sell signals, given that they can persist for long periods. But because they imply a “failure to confirm” the uptrend, according to the Market Technicians Association, they warn not to be so quick to buy on a dip.

By themselves, the warning signals are potent enough recommend selling, but combined they can send a compelling message.

Get news alerts on Financial Select Sector SPDR ETF — or create your own.