Biden suggests Trump ‘breathes oxygen into the hate under the rocks’ 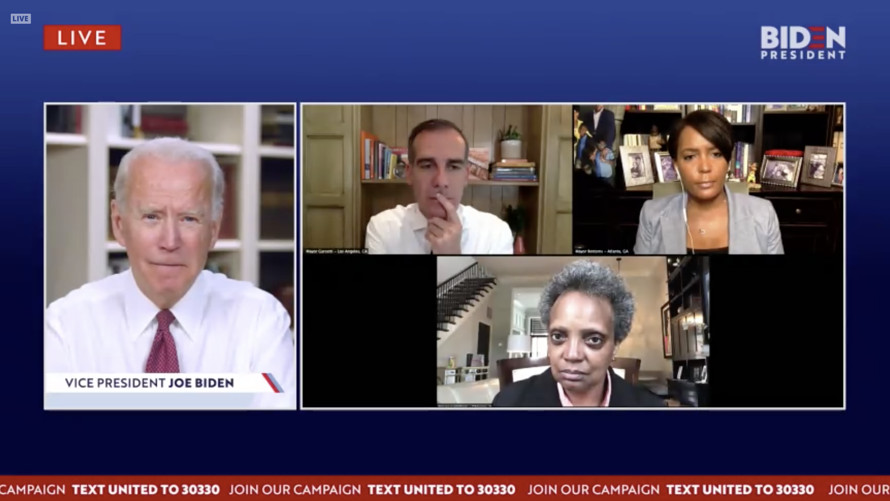 Biden also blasted the violence and looting taking place amid nationwide protests over police killings of black people, as he talked with four prominent mayors about possible reforms and other government responses.

“Hate just hides. It doesn’t go away, and when you have somebody in power who breathes oxygen into the hate under the rocks, it comes out from under the rocks,” Biden said at the church in Wilmington , after first referring to Trump’s 2017 “fine people on both sides” remark about racial violence in Charlottesville, Va. “It matters what the president said.”

The former vice president promised in his first 100 days as president to establish a police oversight board.

“Violence that endangers lives, guts local businesses is no way forward,” said Biden during that event, which followed a weekend of unrest sparked by the death in Minneapolis of George Floyd, a black man who died while in police custody after his neck was knelt on for upwards of eight minutes by an officer who has since been charged with third-degree murder.

Anger can “compel us to move forward” and “reach the other side to hopefully greater progress,” but “acts of needless destruction in cities across the country” are “not justified,” Biden added.

Trump went after Biden in a Twitter post on Monday. The president said : “Sleepy Joe Biden’s people are so Radical Left that they are working to get the Anarchists out of jail, and probably more. Joe doesn’t know anything about it, he is clueless, but they will be the real power, not Joe.”