Biden will win, polls say. But the stock market is sending a different signal 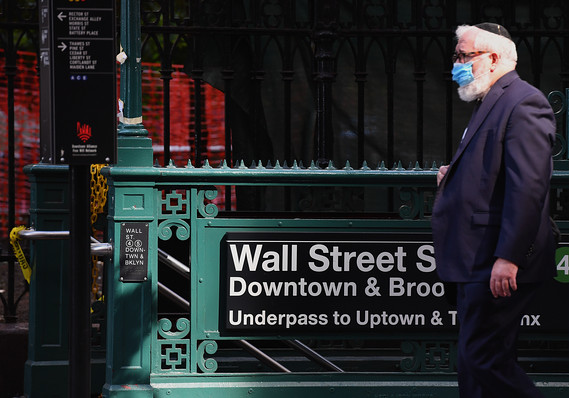 With three weeks to go, President Trump’s re-election bid is in trouble. At least that’s what the polls show.

But it’s not what the stock market is signaling. Based on nearly a century’s worth of election-year data, Trump may yet win.

“A rising stock market tends to be a ratification of the present policies being satisfying to the investing public.”

Here’s the research, and it is compelling: Since 1928, whenever the S&P 500 Index /zigman2/quotes/210599714/realtime SPX +0.36%  of the largest U.S. stocks has risen in the three months prior to a presidential election, the party that controlled the White House won 90% of the time.

“If you think about it intuitively, it makes sense,” says Julian Emanuel, chief equity and derivative strategist for the investment firm BTIG who compiled the data. “Because a rising stock market tends to be a ratification of the present policies being satisfying to the investing public.”

History lines up squarely behind Emanuel. In 1928, for example, President Calvin Coolidge, a Republican, chose to retire, but stocks rose between August and November. It was the last full year of the Roaring ’20s and helped lift the new GOP standard bearer, Herbert Hoover, into the White House.

Four years later, the reverse occurred. The Great Depression, which began in the fall of 1929, dragged down stocks — including between August and November 1932 — and Hoover was crushed by Democrat Franklin D. Roosevelt.

In fact, there have been six presidential years since 1928 when the S&P 500 fell in the three months before election day. All six times, the party in the White House lost.

In meting out its punishment, the markets have proven to be agnostic. In three of those six instances, Republicans lost. In the other three, Democrats did. In addition to 1932, Republicans also controlled the White House in 1960, but Vice President Richard Nixon fell short in his bid to replace President Dwight Eisenhower. In 2008, Republican George W. Bush was in the White House, but GOP nominee John McCain lost to Democrat Barack Obama.

That’s the history. What about now?

Both, Emanuel says, may be “underestimating the probability of President Trump getting re-elected.”

He’s unswayed by Biden’s recent surge. The former vice president’s lead in national polls has risen from about 6.5 percentage points at the beginning of October to about 10.5 points now, according to aggregate data compiled by media sites Real Clear Politics and 538.

Emanuel’s answer to this: The race perhaps isn’t being handicapped correctly.

Critics of President Trump may claim that 2020 has been such an extraordinary year, replete with one awful event after another, that it’s an outlier, and therefore comparing it to past election and market cycles isn’t appropriate.

Turmoil in years past

Yet Emanuel’s data has held up through other difficult, dangerous, times too: the Great Depression, World War II and the Korean War. It even held up in 1968, the year of political assassinations, riots and Vietnam — even a pandemic that killed about 100,000 Americans, the Centers for Disease Control estimated.

Beyond the markets, Emanuel says certain factors could still boost the president and thus “increase the uncertainty around the election outcome.” An election-eve stimulus package could be one, he says; getting Amy Coney Barrett confirmed for the Supreme Court could be another, though I suspect Barrett has already been taken into account.

“We do think that people are a bit too sanguine because the polls have widened wider than they did in 2016,” Emanuel says, adding, “We do not believe that such a certain outcome is warranted, in terms of how it’s been discounted by the markets.”

Election Day is three weeks away. That’s a lifetime in presidential politics, in which races can swing dramatically in the final days. Ronald Reagan crushed President Jimmy Carter in a landslide in 1980, but people forget that the former California governor trailed by as much as 8 points in mid-October.

And if Trump’s stunner four years ago didn’t teach Democrats about the dangers of complacency, then I don’t know what ever could.