Here is Jen O’Malley Dillon’s full quote, in context, which angered Marco Rubio and some other Republicans 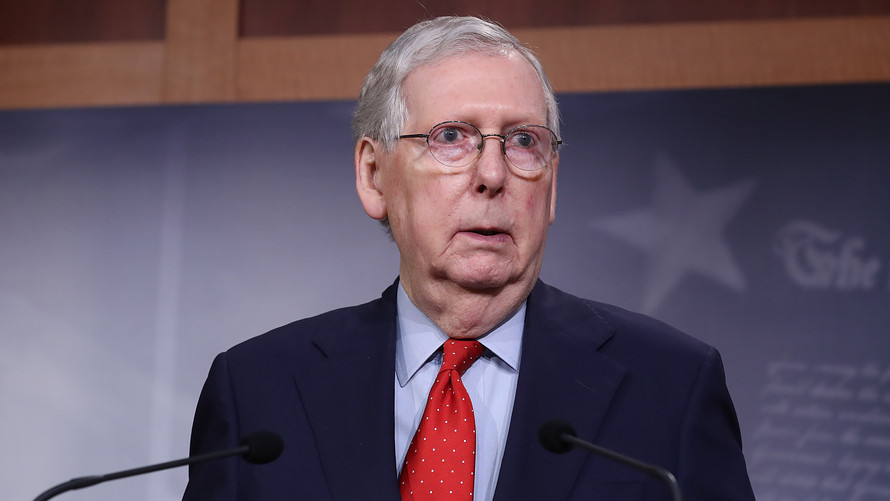 President-elect Joe Biden’s incoming deputy chief of staff got candid in an interview for Glamour magazine — and it’s spurred so backlash among Republicans that she has walked back her comments.

Can’t imagine why some folks got mad:

‘In the primary, people would mock [Biden], like, “You think you can work with Republicans?” I’m not saying they’re not a bunch of f—ers. Mitch McConnell is terrible.’

That’s Jen O’Malley Dillon, Biden’s campaign manager, speaking with “Untamed” author and activist Glennon Doyle in an interview that hit this week. The women were discussing how O’Malley Dillon ran a presidential campaign during such an unprecedented year while also raising children, and the compromises that a person has to make to juggle work and home life. This led to discussing the art of political compromise, and whether Democrats and Republicans will be able to work together following such a bitter and divisive election.

“The atmosphere in the world now is like, ‘Oh, if you compromise, you don’t believe in something,’” O’Malley Dillon said. “No, it’s: I believe in it so much that I’m going to work to find a path we can both go down together.”

And this led to her colorful comments about compromising with Republicans, which raised eyebrows and led the harsher critics to accuse her of lacking class and professionalism. “Do you want actual unity and bipartisanship?” tweeted one reader , adding, “you are the posing deputy chief of staff, yet already degrading the opposition.”

Florida senator Marco Rubio also called out O’Malley Dillon for undermining Biden’s call for unity and healing. “But you want to know what they really think?” he added. “Read how the person he wants as the next WH deputy chief of staff called Republicans in Congress a bunch of f***ers.” His response led him to trend on Twitter well into Thursday morning.

Of course, those who oppose the Republican Party and the Trump administration called O’Malley Dillon a hero. Many also praised her frank talk on embracing her role as a working mother.

Still, Axios reported that some Biden donors wanted O’Malley Dillon to apologize, especially since Biden had promised to “heal” the country after the Electoral College confirmed his victory on Monday. “For those of us who, from Day 1, bought into Biden’s calls for civility and a return to normalcy, this isn’t just beyond the pale — it’s plain stupid,” one person described as a donor reportedly told Axios.

In response, Biden communications director Kate Bedingfield tweeted on Wednesday that O’Malley Dillon “would be the first to tell you her mom doesn’t approve of spicy language,” but that “the point she was making ... unity and healing are possible — and we can get things done.”

And O’Malley Dillon acknowledged to veteran Democratic operatives Stephanie Cutter and Teddy Goff on Thursday that she “used some words that I probably could have chosen better,” Politico reported . She explained during the virtual conversation that she had been trying to make “an incredibly important point” about how Biden believes that “we can get things done, and we can get them done if we come together.”

Indeed, it should be noted that O’Malley Dillon’s full quote expressed optimism about the new administration’s being able to reach across the aisle and work with Republicans. Here it is in its entirety: “The president-elect was able to connect with people over this sense of unity. In the primary, people would mock him, like, ‘You think you can work with Republicans?’ I’m not saying they’re not a bunch of f—ers. Mitch McConnell is terrible. But this sense that you couldn’t wish for that, you couldn’t wish for this bipartisan ideal? He rejected that. From start to finish, he set out with this idea that unity was possible, that together we are stronger, that we, as a country, need healing, and our politics needs that too.”

She admitted that this won’t be easy. “You can’t do politics alone. If the other person is not willing to do the work, then that becomes really hard,” she continued. “But I think, more than not, people want to see impact. They want to see us moving in a path forward. ... And this overhang of this negative, polarized electorate that politics has created is the thing that I think we can break down.”

This article was originally published on Dec. 16, and has been updated with O’Malley Dillon walking back her remarks.