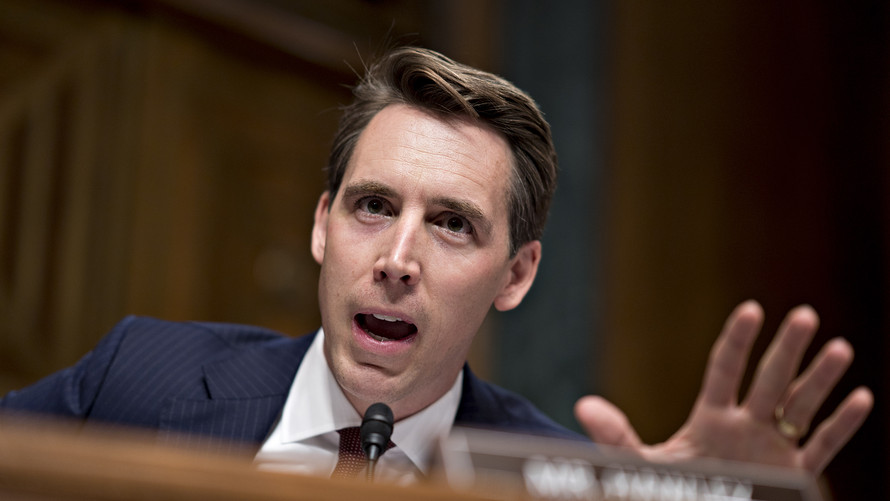 Social media’s most ardent critic is at it again.

Sen. Josh Hawley, R-Mo., this week introduced the Social Media Addiction Reduction Technology (SMART) Act to curb what he calls “addictive and deceptive techniques,” the latest move in his personal crusade against the largest players in social media.

“Big Tech has embraced a business model of addiction,” Hawley said in a statement announcing the bill. “Too much of the ‘innovation’ in this space is designed not to create better products, but to capture more attention by using psychological tricks that make it difficult to look away.”

A key element of the bill would ban the streak feature on Snap Inc.’s /zigman2/quotes/205087158/composite SNAP +3.78%  photo-sharing platform Snapchat. Critics of Snapstreak say it causes users, especially teenagers, to become addicted to the app. The feature displays the number of days a Snapchat user has continuously sent photos to another user. Streaks that go unattended for 24 hours disappear from a user’s app.

Additionally, the SMART Act would ban infinite scroll and autoplay features, which give users access to an endless supply of content. Social-media platforms would be required to include “natural stopping points,” Hawley said in a statement. (On Hawley’s web site, some videos use autoplay.)

Snap did not reply to an email seeking comment.

The Internet Association, whose members include Facebook and Snap, opposes Hawley’s bill.

Representatives of Hawley did not reply to a phone call and email message seeking comment.

Hawley, 39, the youngest member of the Senate, has quickly carved a reputation as a foe of Big Tech. He’s introduced bills on data tracking, children’s online privacy and data monetization; been an animated adversary to tech executives during numerous hearings on the Hill about their influence; and openly called for the dismantling of Facebook and Twitter.

“Maybe social media is best understood as a parasite on productive investment, on meaningful relationships, on a healthy society,” Hawley wrote in a USA Today opinion piece in May, in which he suggested, “Maybe we’d be better off if Facebook disappeared.”

Facebook declined comment on Hawley’s latest bill. But the company, like the Internet Association, is favorable to bipartisan legislation from Sen. Edward Markey, D-Mass., that authorizes the National Institutes of Health to lead a research program on technology and media’s effects on infants, children, and adolescents in core areas of cognitive, physical, and socio-emotional development.

Facebook has been in the eye of the political storm over the influence of Big Tech. On Thursday, the Wall Street Journal reported the Federal Trade Commission is looking into Facebook’s acquisitions as part of its antitrust probe of the social-networking giant. The FTC last month reached a record $5 billion settlement with Facebook following a series of privacy-related missteps.