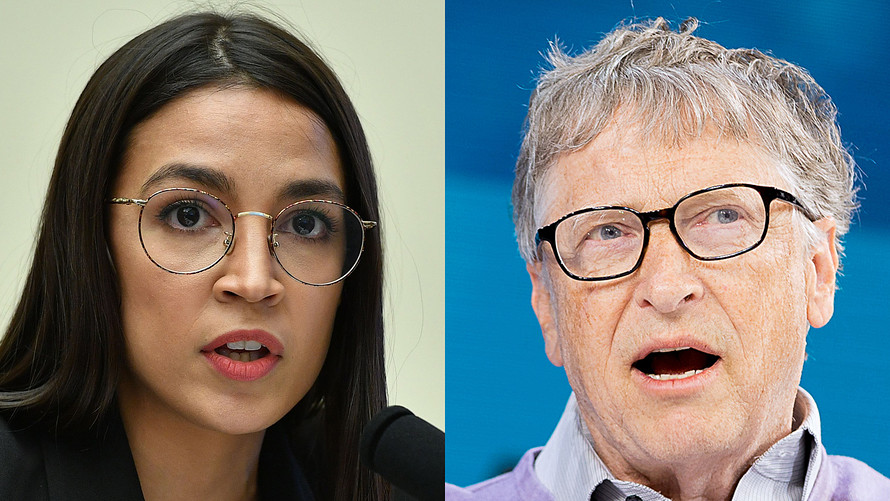 Teddy Schleifer, “finance and influence” editor at technology news website Recode, on Wednesday tweeted out a link to his story about how Bill Gates is working to convince his fellow billionaires to donate more for the battle against the coronavirus pandemic.

Rep. Alexandra Ocasio-Cortez, a New York Democrat, offered a suggestion of her own: “If only there were some public fund billionaires could pay into along with everyone else that helps fund our infrastructure, hospitals, and public systems all at once,” she tweeted. “It could even be a modest % of what they earn every year. We could have an agency collect it and everything.”

Apparently, the joke was lost on some of her followers, which, following up, she addressed:

Last year, Gates called out “more progressive” tax plans targeting the rich, like the one Ocasio-Cortez was proposing, for “missing the point,” during an interview with a Verge podcast.

“In terms of revenue collection, you wouldn’t want to just focus on the ordinary income rate, because people who are wealthy have a rounding error of ordinary income,” Gates said at the time. “They have income that just is the value of their stock, which, if they don’t sell it, it doesn’t show up as income at all, or, if it shows up, it shows over in the capital-gains side. So the ability of hedge-fund people, various people — they aren’t paying that ordinary income rate.”

As for the crux of the recent Recode story, Gates is apparently discussing plans to pool donations from more than 200 billionaires and put that money to work against the coronavirus pandemic. Nothing concrete has been established to this point, however.

The idea, however, may fly in the face of the Giving Pledge website’s message, which says it “does not solicit support for any specific philanthropic foundation, cause, or organization.”