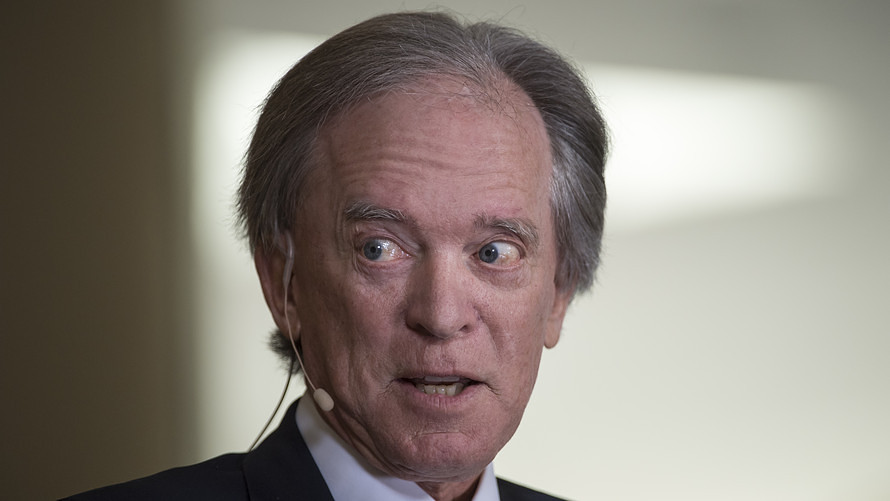 Investors flocked to praise Bill Gross on Monday after he announced his coming retirement, winning praise for a four-decade career that saw him transform fixed-income investing.

A subpar tenure at Janus Henderson /zigman2/quotes/200651900/composite JHG +1.04% that began in late 2014 saw his career conclude on a sour note. But his earlier years at Pacific Investment Management Co. were defined by market-beating returns and a series of savvy bets, perhaps most notably when Gross snapped up mortgage-backed debt sold by Fannie Mae and Freddie Mac in the throes of the 2008 financial crisis.

“The last phase of Gross’ career — marked mostly by recriminations and underperformance — was kind of a downer. But he still goes down as an all-time great bond fund [manager]. Pimco doesn’t become Pimco without Gross. Pioneer and iconoclast, he changed the game,” said Jeffrey Ptak, global director for manager research at Morningstar, on Twitter.

Gross, 74, announced he would retire effective March 1 to focus on running his family foundation and managing his personal assets.

Gross helped co-found Pimco in Newport Beach, Calif. as a spinoff from Pacific Mutual Life Insurance in 1971. From the West Coast, he helped introduce the concept of actively managed bond portfolios and broadened the world of fixed-income to a broader range of assets including mortgage-backed securities and interest-rate derivatives.

“I’m very proud of the innovative assets that we were able to move into like mortgages, financial futures and TIPS and so on, which is really the basis for performance in Pimco. I’ve had a great career. I’m proud of it,” said Gross, in an interview with Bloomberg TV on Monday.

Seen another way, the end of Gross’s career might serve as another marker of the twilight of active investing. At Pimco, he presided over its flagship Total Return fund, which, at its height, ballooned to nearly $300 billion in assets, becoming the biggest actively managed fund in the world.

Now, the five biggest mutual funds are all passively run.

His tenure at Pimco also coincided with momentous changes in the bond market. When Gross first started publishing his famous investing commentaries in 1981, the secular bond bull market was just set to get under way, with Paul Volcker, the former chairman of the Federal Reserve, bringing to heel raging inflationary pressures and ushering in a new era of steady growth and modest price increases.

Gross wagered, and handsomely profited, on this long-term decline in interest rates by loading up on corporate debt. A backdrop of weaker inflation and lower interest rates is often favorable for values of fixed-income assets like government paper.

Yet his spotty returns at Janus Henderson have led some to ask if his success was due in large part to good timing. A few investors say his early success paid itself forward as Pimco’s size and lack of competitors with comparable clout helped the firm accumulate highly rated analysts and portfolio managers thanks to lofty salaries that compared well with hedge funds.

The fact that investors are now questioning his investing acumen reflects his performance at Janus Henderson, which followed an acrimonious and abrupt departure from Pimco in September 2014.

He moved to Janus Henderson, where he ran its Unconstrained Bond Fund /zigman2/quotes/206733480/realtime JUCIX -0.12% . Yet after years of below-benchmark returns, the fund struggled to stanch a wave of outflows and came amid a wrong-sided bet on the spread between yields for Treasurys and German government bonds /zigman2/quotes/211347112/realtime BX:TMBMKDE-10Y -1.15% to narrow.

“The last few years at Pimco were challenging from a performance and a personal perspective resulting in his departure to Janus. Investors failed to follow Gross to his new firm and recent performance struggles have resulted in a retirement decision affecting few shareholders,” said Todd Rosenbluth, director of ETF and mutual fund research at CFRA, in emailed remarks.

Read : So-called bond king Gross has been ‘wrong and wrong badly,’ his boss at Janus says

Get news alerts on Janus Henderson Absolute Return Income Opportunities Fund;I — or create your own.