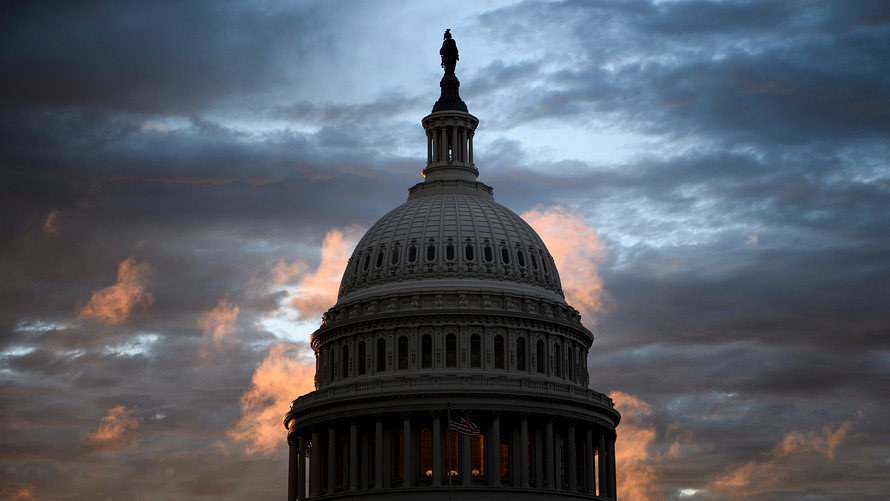 Momentum is building for the Democratic-run House to approve sweeping legislation that could ultimately bar many Chinese companies from listing their shares on U.S. stock exchanges or otherwise raising money from American investors.

Democratic Rep. Brad Sherman of California introduced a House version of the Holding Foreign Companies Accountable Act Wednesday night, after the bill passed the Republican-controlled Senate earlier in the day with unanimous support.

The bill would require that foreign companies let the Public Company Accounting Oversight Board oversee the auditing of their financial records if they want to raise money by selling stocks or bonds to the American public. All U.S. companies and most foreign firms already work with the PCAOB in this way, but Chinese firms do not.

Henrietta Treyz, director of economic policy at Veda Partners, said investors should “expect swift passage” of the bill “likely before the end of the month” in a Thursday note to clients. “From there, it will go to President Trump’s desk, where he will sign it into law, likely within the next few weeks.”

There was a possibility that the House Financial Services Committee would amend the Senate bill, but that didn’t happen and it suggests broad support for the bill, Treyz added.

Sherman cited the example of Luckin Coffee Inc.  , which revealed in April that it had fabricated 2019 sales figures and was being investigated by Chinese securities regulators. The company’s Nasdaq-listed stock has plunged from a high of $50 in mid-January to trade under $3 on Thursday. “Had this legislation already been signed into law, U.S. investors in Luckin Coffee would have avoided billions of dollars in losses,” the congressman said in a news release .

Read more: Luckin Coffee stock sinks 35% after trading resumes and one analyst says investors will be ‘wiped out’

“There are three possible choices for how the House will proceed­­­: Quickly pass the bill as written, delay consideration until later in the summer, or pass an amended version which would then necessitate either Senate approval or a conference committee,” wrote Clayton Allen, senior vice president of trade, policy and geopolitical risk at Height Capital Markets. Allen added that President Donald Trump may prefer some delay for the bill, in order to reserve it as leverage over Beijing in future negotiations.

Democratic House Speaker Nancy Pelosi of California said Thursday afternoon on Bloomberg Television that she has asked House committees to review the legislation. “I take second place to no one in the Congress, House or Senate, in my criticisms of China’s trade policies vis-à-vis the United States over decades,” she said. “But the fact is we have to have a relationship with China.”

The SEC said in 2018 that there are 224 listed companies with $1.8 trillion in combined market capitalization “where the PCAOB faces obstacles in inspecting the principal auditors’ work.”

The U.S.-China Economic and Security Review Commission compiled a list in 2019 of 156 Chinese companies that are listed on U.S. stock exchanges, including Alibaba Group Holding Ltd. (NYS:BABA)   , Baidu Inc. (NAS:BIDU)  and JD.com Inc. (NAS:JD)  , all of which could be at risk of being delisted if this legislation were to pass.

— Victor Reklaitis contributed to this report