‘What are we afraid of?’ asks Ted Leonsis, who also owns the Washington Wizards 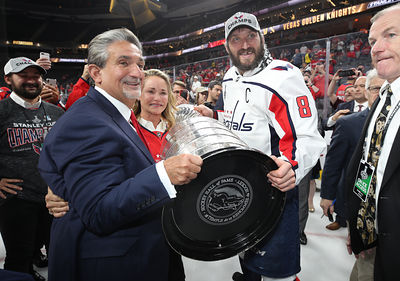 As sports betting ramps up in the U.S., the billionaire owner of the Washington Capitals is suggesting there’s little to fear about the development.

Ted Leonsis, taking part in a Q&A at an event last Thursday on Capitol Hill, indicated that he views sports betting as having similarities with other data-driven industries, as he delivered the following line:

“This industry really is no different than Wall Street.”

He also emphasized that Americans are already making wagers regardless of what teams or government officials have done to date.

When asked by a moderator to imagine fans betting at their seats in a sports arena, he responded: “I don’t have to imagine. It’s happening today.”

“Consumers will do what they want, and we should find ways to make it faster, cheaper, more convenient,” said Leonsis, a former America Online executive who owns the NHL’s Capitals and the NBA’s Washington Wizards.

He said sports betting should be taxed and regulated, while signaling that he doesn’t find it that scary. “What are we afraid of?” he asked. The entrepreneur talked up efforts to “take it out of the shadows.”

He said his businesses have no interest in handling bets. They “want to be the content generator, the environment that is producing and providing the data” that bettors are focused on, said Leonsis, whose net worth is estimated at $1.1 billion by Forbes .

Not all speakers at Thursday’s U.S. Sports Betting Policy Summit were as upbeat on the rise of sports betting in the U.S.

“We talk about this grand vision for what arenas can look like, with in-play betting and betting on site. Those arenas also hold family members of players,” said Clarence Nesbitt, general counsel for the National Basketball Players Association.

“What is fan reaction going to be like,” Nesbitt asked, if somebody “just lost a few hundred bucks, and they’re sitting next to a family member of a player?”

The summit comes six months after a Supreme Court decision that opened the door for states to allow betting on sporting events, invalidating a federal law that prohibited such wagers in most of the U.S. The May ruling has spurred American casino operators, British bookmakers and other companies to brace for more business and make deals. For example, casino operator MGM Resorts International /zigman2/quotes/209932643/composite MGM +2.67% and U.K. gambling company GVC Holdings PLC /zigman2/quotes/207493593/delayed UK:GVC +3.51% announced in July that they’re creating a U.S. sports betting and online gaming joint venture.