Stephen Schwarzman sees signs of excess in the tech sector 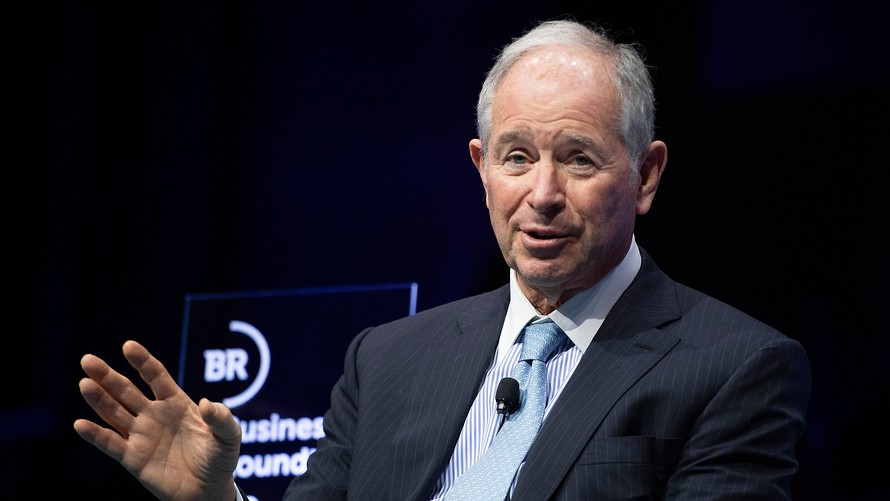 In his new memoir , the private-equity titan advises readers that worrying “is playful, engaging work that requires you never switch it off.” This approach helped him to protect Blackstone Group Inc. (NYS:BX)  investors from the worst of the subprime real estate crisis, he told MarketWatch in an interview Monday afternoon.

The deep-pocketed investor, who has accumulated a net worth of $17.3 billion, according to Forbes, said “there are a lot of things going on” today that should have investors’ antennae finely tuned.

The U.S. hasn’t been immune either, with a closely followed reading of manufacturing activity from the Institute for Supply Management showing that sector in contraction in August (a fresh ISM index reading on Tuesday showed it contracting further).

‘If they can’t accumulate capital, they can’t expand and extend credit to companies.’

The Blackstone boss fears that the Federal Reserve might be headed down a similar monetary path as Japan and Europe, after announcing interest-rate cuts in back-to-back meetings, dialing back rates by a quarter-of-percentage point to a 1.75%-2% range at its most recent gathering ended Sept. 18.

‘If you push down [interest rates] too much, you create the problem you are trying to solve.’

“Interest rates are historically low in the United States and you keep driving them lower where do you get? What’s the objective?” he asked. Schwarzman worried that it is low interest rates specifically that are responsible for weak economic growth. “If you push down [interest rates] too much, you create the problem you are trying to solve.”

His fourth concern is that the global economy has shifted from synchronized growth as late as 2018 to a one in which expansion is receding as if there was no end in sight. “Most of the major countries around the world have slowing economies,” he pointed out.

Finally, he said the recent travails of some tech companies in public markets — including Peleton Interactive Inc . (NAS:PTON)  disappointing launch Friday, WeWork parent The We Co. ’s  decision to scrap its IPO indefinitely, amid the steady slide of stocks of ride-sharing firms Uber Technologies Inc . (NYS:UBER)  and Lyft Inc . (NAS:LYFT)  — are “signs of excess” that are typically associated with the late stages of an economic expansion cycle.

“The prices that these investments have been marked up to in previous rounds” are excessive, he said. “These [stocks] are trading sardines, not eating sardines,” he said. “When its time to eat and you open the can — and that is like the IPO moment — and the customers are saying ‘i don’t want to eat them.”

Despite the excesses he sees in private-technology companies, he doesn’t see signs of a bubble in alternative assets more broadly, like commercial real estate or private-equity targets outside the tech sphere. “Prices are high, but not in excess,” he said.

Schwarzman, meanwhile, remains an optimist about the long-term health of the U.S. economy. His memoir is the tale of middle-class kid from the Philadelphia area who became one of the most powerful men in finance, an adviser to presidents and heads of state. He said there are “great fundamental” conditions for the next wave of entrepreneurs to make their mark.

“You have a ton of money available for investment, more than ever,” he said. “Entrepreneurial activity is in fashion, you see [students] at universities and even at large companies people have a bias toward starting something new.”