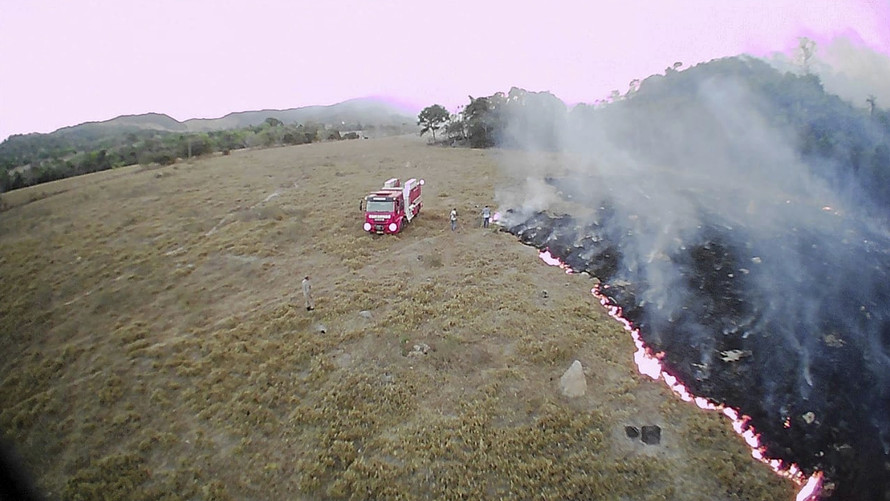 Evidence of the increasing effects of climate change is building, as are the investing opportunities and changes in consumer habits linked to environmental concerns and resource use. Here are select dispatches about the companies responding to customer demands and climate risk, the ESG investors and their advisers, and the enterprising individuals and scientists preparing for tomorrow.

‘Economically driven by agriculture.’ Advocates and researchers say the wildfires devouring the Brazilian rainforest were set by cattle ranchers and loggers who want to clear and utilize the land, emboldened by the country’s pro-business president. About 99% of the fires result from human actions “either on purpose or by accident,” Alberto Setzer, a senior scientist at INPE, Brazil’s space research center, which is using satellite photography to track the fires, told CNN. The burning can range from a small-scale agricultural practice, to new deforestation for a mechanized and modern agribusiness project, Setzer told CNN .

The country’s environmental minister, Ricardo Salles, tweeted on Wednesday that the fires were caused by dry weather, wind, and heat. But CNN meteorologist Haley Brink said the fires are “definitely human-induced,” and can’t be attributed to natural causes like lightning strikes.

“A lot of these fires in the Amazon are economically driven by agriculture,” said Stephen Donofrio, director for marketplace and supply initiatives at Forest Trends, which tracks corporations who have set public goals to address such commodity-driven deforestation.

On Thursday, Brazilian President Jair Bolsonaro said there was a “very strong” indication that some non-governmental groups could be setting blazes in retaliation for losing state funds under his only months-old administration. He did not provide any evidence.

Read: Reported record number of Amazon rainforest fires can be seen from space

Economical method to extract hydrogen gas from oil . A team of Canadian engineers from the University of Calgary have found a large-scale and economical way to extract hydrogen gas from oil reserves, including oil fields and oil sands, the Hydrogen Fuel News reported. The hydrogen that is extracted could then be used to power fuel cell vehicles, including cars, buses, trains . It could even be employed at abandoned oil fields.

The method involves injecting oxygen into the oil fields. This raises temperature and breaks the hydrogen free, which can then be separated from other gases through specialist filters. As hydrogen does not pre-exist in the reservoirs, it is the pumping of the oxygen that creates the reaction to allow hydrogen to form. In their tests, the researchers said that their technique can pull up massive quantities of hydrogen, but leaves the carbon in the ground.

“We urgently need to know more about the health impact of microplastics because they are everywhere — including in our drinking water,” said Dr. Maria Neira, director of the Department of Public Health, Environment and Social Determinants of Health at WHO, according to CNN.

WHO said it did not recommend routine monitoring of microplastics in drinking water and said that concerns over microplastics should not distract water suppliers and regulators from removing microbial pathogens, such as those causing deadly diarrheal diseases.

Read: The rise of artificial intelligence comes with rising needs for power

Opinion: How to make sure your ESG fund does what you think it does