BNP nears settlement with U.S. for up to $9 billion

BNP Paribas SA and U.S. prosecutors have agreed to broad terms of a deal in which the bank would pay $8 billion to $9 billion and accept other punishment based on what investigators say is evidence the bank intentionally hid $30 billion of financial transactions that violated U.S. sanctions, according to people close to the probe.

The two sides in recent days reached a general outline of a deal that also would include a guilty plea to a criminal charge of conspiring to violate the International Emergency Economic Powers Act and a temporary ban — likely lasting a period of months — on the company’s ability to transact in U.S. dollars, according to several people familiar with the discussions. 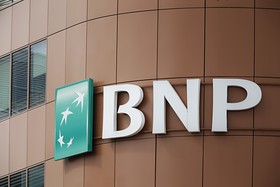 As part of the deal, officials plan to announce the departures of more than 30 bank employees, acceding to demands by the New York Department of Financial Services that individuals also be punished, according to people close to the talks. The majority of those people have already left the bank, they said.

Negotiations between the French bank and U.S. authorities have entered their final stage, according to people close to the discussions. On Friday, the head of the Justice Department’s criminal division, Leslie Caldwell, spoke with bank officials to discuss the precise timing of a guilty plea and announcement, according to one person familiar with the negotiations.

Investigators have gathered information detailing how BNP /zigman2/quotes/206351084/delayed FR:BNP +0.50%   /zigman2/quotes/208203789/composite BNPQY +2.66%  , over a period of more than five years, used regional banks overseas in order to route funds linked to companies and government agencies in Sudan — at a time when the nation was engaged in what the U.S. and others call genocide, these people said.

Overall, U.S. authorities examined more than $100 billion of transactions that raised suspicions before focusing on about $30 billion they eventually concluded were willfully hidden to avoid detection by U.S. sanctions enforcers, according to people close to the investigation.

A majority of those transactions involved Sudan, though BNP also facilitated such transfers for Iran and other sanctioned countries. Most of the Sudanese transactions were related to oil deals, these people said.

Get news alerts on BNP Paribas S.A. ADR — or create your own.