In addition to the actual fall, mental and physical costs linger 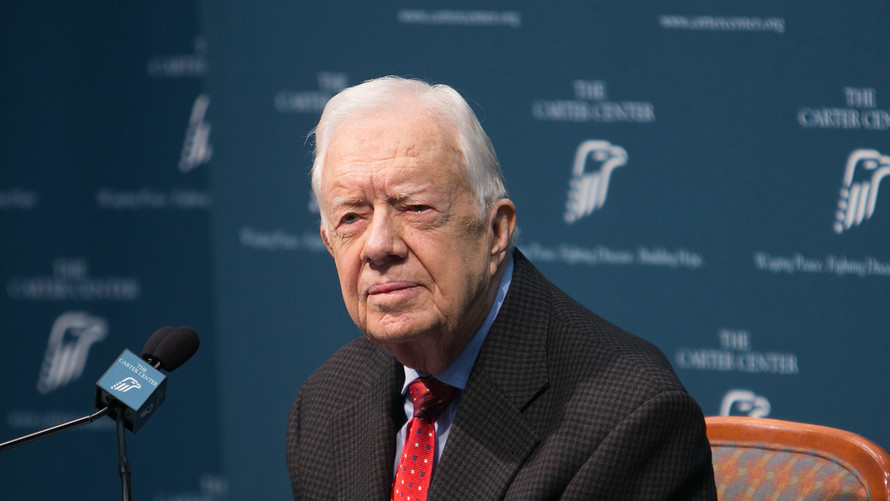 Getty Images
Former President Jimmy Carter, 95, has been hospitalized after falling in his Georgia home.

Jimmy Carter, the 95-year-old former U.S. president, was hospitalized after falling, an injury that can have serious long-term consequences.

Carter fractured his pelvis after falling in his Plains, Ga., home on Monday, though Carter Center spokeswoman Deanne Congileo said it was only a minor fracture. He is currently being treated at the Phoebe Sumter Medical Center, the Associated Press reported .

Older people usually suffer more than a few cuts and bruises when they fall — the financial, mental and physical costs can be detrimental, and sometimes permanent.

When an older person is injured from falling, the difficulties of daily living increase by 166%, heart problems increase 46% and depression 58%, according to a report, “The Shock of Falling Among Older Americans,” distributed by the National Bureau of Economic Research, which looked at the University of Michigan’s Health and Retirement Study and the Consumer Product Safety Commission’s nonfatal injury data. The probability of heart disease, a stroke or psychological problems also increases.

Alan Alda: Why you should trust science even if you're a skeptic

Actor and screenwriter Alan Alda, who founded the Alan Alda Center for Communicating Science, talks to MarketWatch about how effective communication can help the scientific community rebut deniers.

See: Top concerns for the future of aging Americans

Almost three million older Americans end up in emergency rooms after falling every year, according to the Centers for Disease Control and Prevention — 800,000 patients are hospitalized because of it, likely due to a broken hip or head injury (one out of five falls causes a serious injury). Falling injuries are on the top 20 list of most expensive medical conditions — they cost Americans at least $34 billion in direct medical bills in 2013, not including long-term effects such as disability and lost time working and household chores, according to a 2015 CDC report — and those costs rise as people age. For each individual, the price of a fall is about $35,000, according to the National Council on Aging .

About 350,000 Americans break a hip after a fall, and 40% of these falls leave the elderly in nursing homes, according to “Being Mortal,” a book by Atul Gawande, a surgeon, public health researcher and professor at the Department of Health Policy and Management at the Harvard T.H. Chan School of Public Health. And 20% never walk again. “The three primary risk factors for falling are poor balance, taking more than four prescription medications and muscle weakness,” he wrote .

See also: Both older and younger Americans are worried about aging

Not everyone suffers the same consequences, or the same probability of falling — obese individuals were less likely to fall, or injure themselves when they did, as were males and African-Americans. Married people were not as negatively affected by the fall as single Americans were, according to the report.

There are ways to prevent falling among older Americans, including having clinical assessments and physical therapy. Community-based programs, such as those on better balancing, can also have positive effects on people, the National Council on Aging wrote — there are programs available , such as an 8-week group program called “A Matter of Balance” that looks at how to control falling, set activity goals and reduce risks. People can also take measures at home to prevent falling, said Inas Rashad Kelly, author of the paper distributed by NBER and an assistant professor of economics at Queens College in Flushing, New York, such as having contrasting colors on the stairs to avoid missing a step and installing grips in the bathroom to hold.