Consumers are likely to forget, with no ‘significant’ share hit for Boeing, UBS survey shows 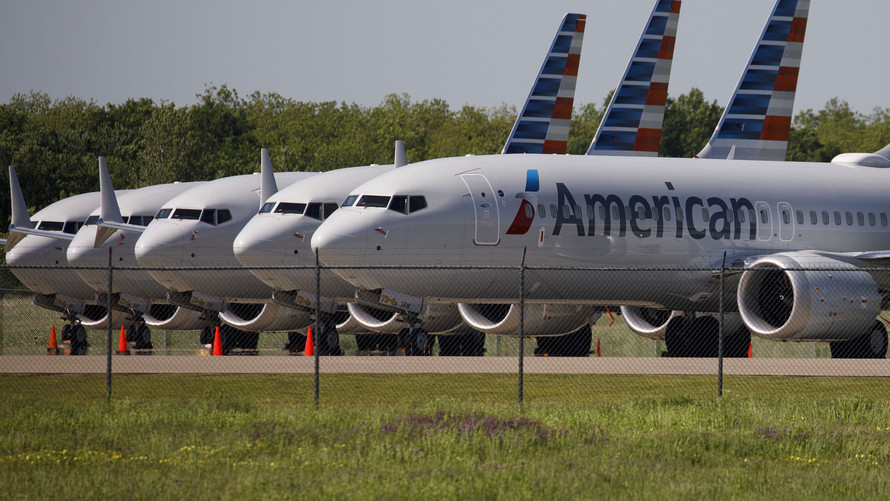 Bloomberg News/Landov
American Airlines’ Boeing 737 Max planes parked outside of a maintenance hangar at the Tulsa airport in Oklahoma in May.

U.S. residents may have their reservations about flying on a Boeing Co. 737 Max, but that won’t cast a long shadow over the company or the stock because only a few people say they will stay away from a Max for good.

That’s from analysts at UBS, who surveyed more than 1,000 people living in the U.S. about their views on the Boeing 737 Max’s debacle. The analysts, led by Myles Walton, kept their buy rating on Boeing stock (NYS:BA)  and a price target of $500, implying a 45% upside over Tuesday’s share price.

The aircraft has been grounded since March after two fatal crashes and preliminary reports that pointed to a common cause for the accidents, related to an anti-stall feature. Boeing has been working on a software fix.

Not surprising, about 70% of survey respondents said they would have some hesitation about booking a flight on a 737 Max. Nearly two thirds of the respondents, however, never or seldom check the kind of plane they plan to fly on, the UBS analysts said.

“The net result is the survey suggests 8% of the flying public would never fly the 737 Max, but when coupled with booking habits also captured in the survey, the percentage drops to about 3%,” they said.

A 737 Max “stigma” is expected to fade among consumers, and the UBS analysts said they don’t anticipate “significant share erosion” for Boeing.

The stock rallied 1.3% in afternoon trade Tuesday, but has lost 8.5% since President Trump used an executive order to ground Boeing’s 737 Max 8 planes.

“We continue to expect an end-of-July ungrounding with a certification of the new software a few weeks prior. Getting the FAA final certification flight will be a key technical and regulatory relief to watch in the near-term,” the analysts said.

Boeing said last month it had completed the “development phase” of its 737 Max software fix and it was working on U.S. Federal Aviation Administration’s requests for more details. Once the requests are addressed, Boeing expects to schedule a certification test flight and submit the final certification documentation, it said.

Boeing in April reported first-quarter earnings that missed Wall Street expectations. The shares have gained nearly 7% this year, compared with gains of 11% and 8% for the S&P 500 (S&P:SPX)  and the Dow Jones Industrial Average. (DOW:DJIA)