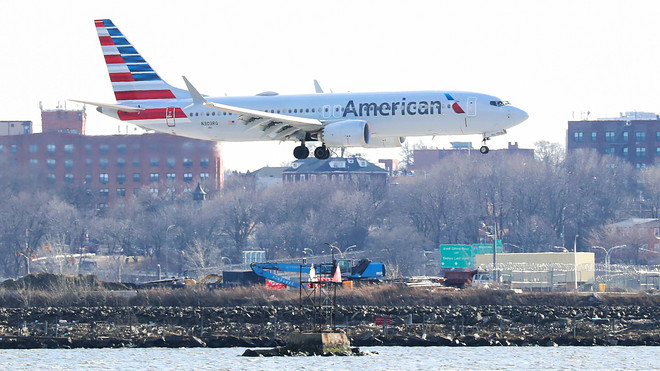 Airlines, Boeing’s (NYS:BA)  main customers, are hungry for fuel-efficient single-aisle aircraft such as the Max, and there’s a long backlog for the jet’s closest competitor, Airbus SE’ (PAR:FR:AIR)   A320neo , analysts at Oxford Economics said in a note Thursday.

“That will shield Boeing from a mass cancellation of orders,” the analysts said.

They also predicted a relatively mild ripple effect for the U.S. aerospace industry, with defense orders offsetting a small contraction, and no effect at all on the U.S.’s GDP.

The Boeing 737 Max fleet has been grounded world-wide following two fatal crashes less than five months apart. Preliminary findings about the crashes in Indonesia and Ethiopia have pointed to a malfunction in a stall prevention feature, and Boeing is working on a software fix.

Analysts have said they expect the grounding to last two to six months, and earlier this week American Airlines Group Inc. (NAS:AAL)  said it would keep its 737 Max planes on the ground through August to be able to better plan for summer travel in the U.S.

Boeing has said it would cut 737 Max production in mid-April.

The U.S. aircraft industry “will bear the brunt of the production disruption, with much smaller impacts across the commercial aircraft supply-chain,” it said.

Read more: Boeing’s reputation at risk following fatal crashes, but the company has overcome crises before

Many of the affected aircraft-parts suppliers have longer lead times than Boeing and cannot scale back production overnight. Other industries, such as metals and machinery, have limited direct exposure to aircraft demand, with many other buyers in the wider industry sector.

The 737 Max production cuts are likely to last at least six months, Oxford Economics said. That would result in the U.S. aircraft gross output contracting by more than 5% this year before “gradually recovering over 2020 and 2021.”

Share of Boeing have gained 12% so far this year and 18% in the past 12 months. That compares with an advance of 14% and 7% and for the Dow Jones Industrial Average. (DOW:DJIA)  Boeing is a Dow component.