Boeing’s reputation at risk following fatal crashes, but the company has overcome crises before

Everyone ‘expects answers immediately, and that’s not how aviation safety works at all,’ says one expert 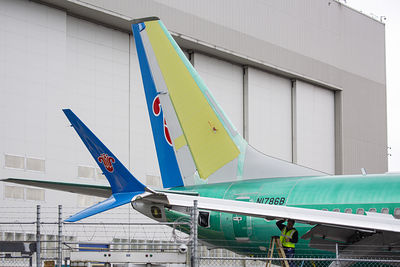 Boeing Co.’s 737 airplanes are the best-selling commercial aircraft of all time and have been a backbone of commercial aviation for many years.

But now, the plane’s latest and fourth major iteration, the 737 Max, has ignited global concerns after the second fatal crash involving one of the models, the 8, in less than five months. U.S. authorities moved to ground the fleet later Wednesday after Boeing recommended it out of “an abundance of caution.”

Boeing’s /zigman2/quotes/208579720/composite BA -0.56%  Max family first launched in January 2016. The planes use about 20% less fuel than predecessors and weigh less. Their most distinctive feature is a split winglet, or wing-tip extension, that is meant to reduce drag and provide extra lift.

Aviation safety experts say that it is too early to jump to conclusions about the Max 8 crash in Ethiopia on Sunday that killed 157 people, even after the plane’s black boxes were quickly recovered. In October, the same model was involved in a Lion Air crash that killed 189 people in Indonesia.

“We live in an age where everyone expects answers immediately, and that’s not how aviation safety works at all,” said aviation consultant George Hamlin.

The Ethiopian crash may have an entirely different cause than that Lion Air one, he said. “In aviation, almost always there are multiple causes” for an accident, a chain of events, which is one of the reasons investigations take time.

A short while later, President Donald Trump told reporters at a border-security event that the U.S. would also ground the jets, and the U.S. Federal Aviation Administration announced its temporary grounding, also based on new satellite data.

Boeing stock ended 0.5% higher on Wednesday, snapping a 7-day losing streak. The company has lost nearly $26 billion in market capitalization over the past three days.

The company’s reputation will suffer, but such issues tend to be fleeting for the general population, the families of the victims excepted, said aviation consultant Robert Mann. Boeing was said to be a few weeks away from introducing software and system changes to the aircraft stemming from findings made in the Lion Air crash.

The 737 has been the best selling commercial jet for years, although competition from Airbus SE’s /zigman2/quotes/208224336/delayed FR:AIR +1.27%  A320 has been heating up. Boeing said in January that it increased 737 production in the middle of last year to address a seven-year order backlog.

Boeing has been losing market share to Airbus, and airlines are very likely considering a postponement of their Boeing deliveries, said Diogenis Papiomytis, a director of commercial aviation at consulting firm Frost & Sullivan.

Moreover, the 737 program, by virtue of being Boeing’s biggest seller, has financed other programs at the company, Papiomytis said.

Boeing took the first 737 orders back in 1965. The planes could fit more people, thanks to the engineering feat of placing the twin engines under the wings rather than by the tail.

That also gave the planes a leg-up on maintenance and logistics, as the engines were easier to reach. The 737s were also one of the first planes that could be flown by two pilots rather than two pilots and a flight engineer.

Related: Here’s how to find out whether your next flight is on a Boeing 737 Max

The aircraft is an ideal single-aisle plane for many destinations, a workhorse not too small to make the cost too high, and not too big that it would be too low.

Plane groundings, meanwhile, have happened in the past, Hamlin said. In 1979, McDonnell Douglas’ DC-10s were grounded following a fatal crash in Chicago.

In the 1950s, two crashes caused the world’s first commercial jetliner, the de Havilland’s Comet, to be grounded and go through numerous structural and design changes — its windows once had square corners, like houses, Hamlin said.

In 2013, Boeing’s 787 Dreamliner fleet was grounded after battery fires, allowing Boeing to redesign the battery pack. Boeing delivered 145 Dreamliners in 2018.