Boeing shares gain as much as 3% in a relief rally 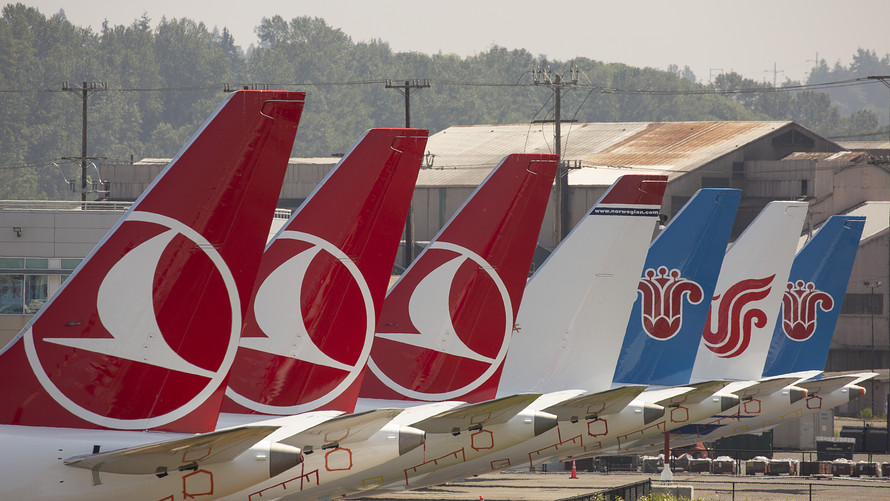 Getty Images
The tails of Boeing 737 Max airplanes are seen as they sit parked at a Boeing facility in Seattle.

Boeing Co. shares on Wednesday traded at their best level in more than a month after lower 737 Max-related charges took some of the sting out of a surprise quarterly loss for the plane maker.

Boeing earlier Wednesday reported a fourth-quarter surprise loss and revenue that fell well short of already dialed-down expectations. It again trimmed the 787 Dreamliner production rate, this time to 10 a month from 12 a month, although it added it expects the production rate to return to 12 a month in 2023.

Analysts polled by FactSet expected earnings of $1.32 a share for the quarter on sales of $21.7 billion.

Boeing disclosed $9 billion in further 737 Max costs, including costs around accounting and customer concessions as well as $4 billion in “abnormal production costs” on the Max booked this year.

“The additional concessions are below our estimate and likely below consensus,” analysts at Goldman Sachs, led by Noah Poponak, said in a note Wednesday.

The 737 Max jets have been grounded worldwide since March after two deadly crashes less than five months apart were linked to a malfunctioning anti-stall system. Boeing said last week it expects the grounded planes to return to service starting in mid-2020.

The company has been under a cloud for the way it handled the plane’s certification and further missteps on the road to its recertification, initially thought to be a matter of weeks.

Boeing on Wednesday did not provide new information on the 737’s return-to-the-skies timeline, and also did not give guidance for the year given the uncertainties with the groundings and the plane’s recertifications.

Investors likely will continue to be worried “that we have yet to really set a new baseline for earnings and cash flow, with the cash from the 2019 Max charges yet to flow through, and then there is another $4 billion of estimated cost still to go,” Stallard said.

All in all, the Max groundings have added more than $18 billion to the plane program’s costs, analysts at Canaccord, led by Ken Herbert, said in a note. At least some of the $4 billion of the “abnormal” production costs will go toward keeping its supply chain in good shape, Herbert said.