X
Tweet
Share this bulletin
Get news bulletins by email
Bulletin Want to get a bet down on the presidential debate? You can now do it legally »
Investor Alert

Spread between 2-year and 10-year yield narrowest since Nov. 9 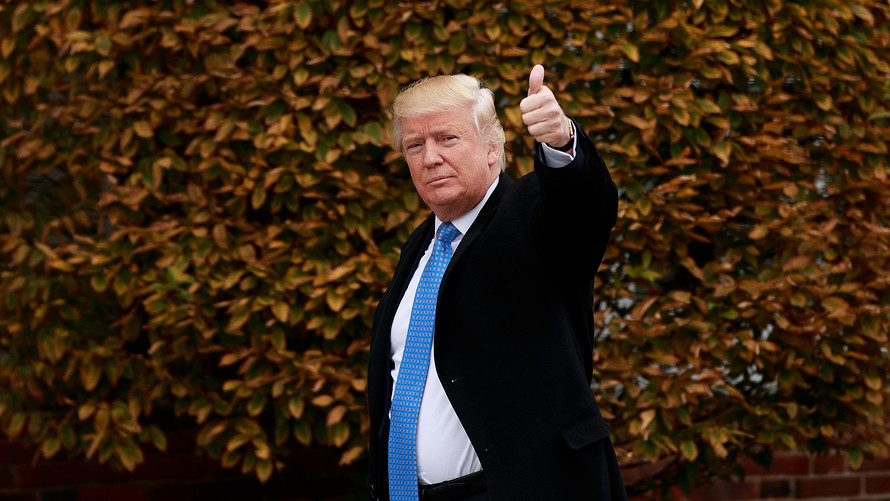 Judging by a 300-point advance in the Dow industrials /zigman2/quotes/210598065/realtime DJIA -0.24% that sent the blue-chip index over 21,000 Wednesday, investors appear to be pricing in massive fiscal stimulus that could send the economy into higher gear.

But not everyone is a believer. There’s a healthy dose of skepticism in the bond market.

The spread between the yield on a 2-year and 10-year Treasury has been quietly narrowing over the past few months, reaching 113 basis points on Tuesday. A basis point is 1/100th of 1% or 0.01%. 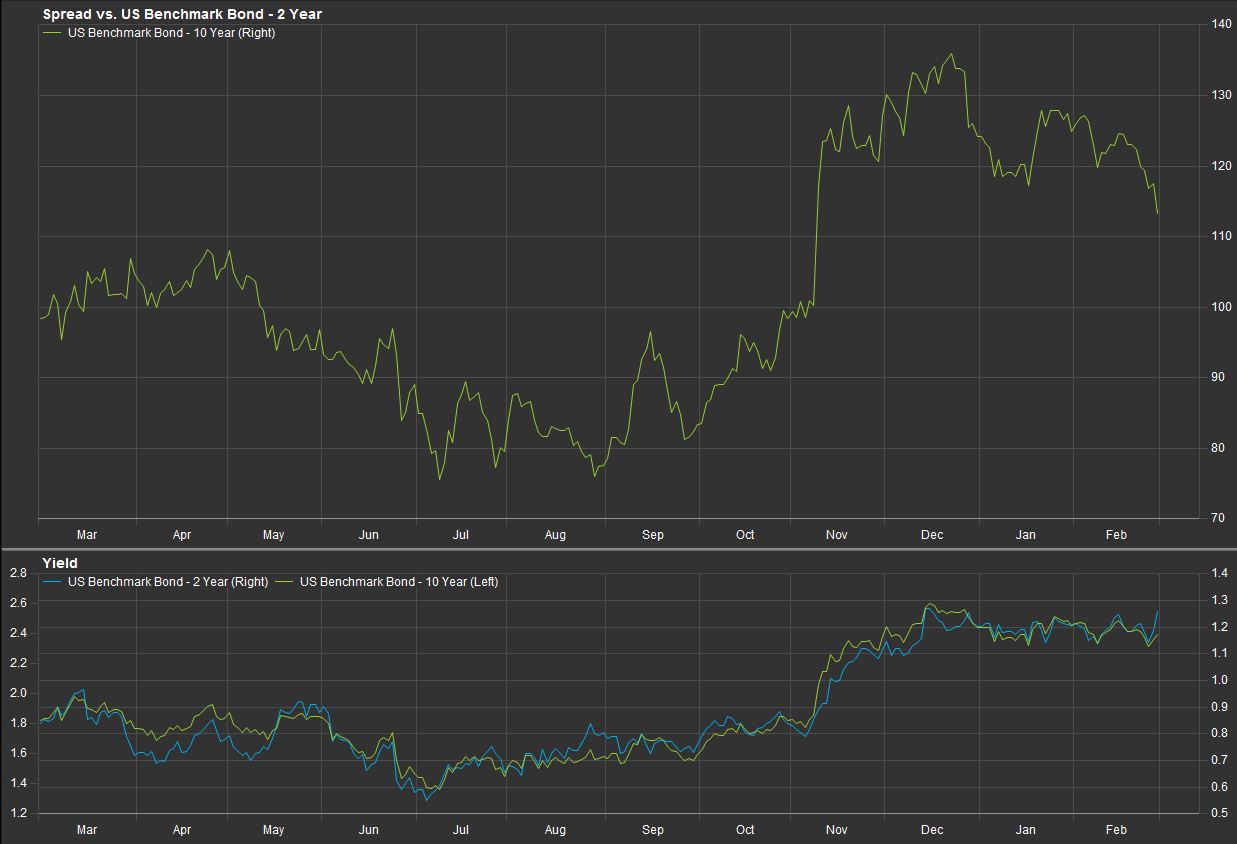 “A flattening yield curve suggests that the market is questioning the reflation trade. The calculus is becoming clear that a trillion-dollar stimulus project may not be coming soon,” said Aaron Kohli, interest-rate strategist at BMO Capital Markets.

Historically, the process of raising interest rates—in fact, entering a tightening cycle likely to produce more than one hike—first flattened and then inverted the yield curve, eventually bringing about a recession.

“We are a long way away from inversion, while the curve is not unusually flat,” said Guy LeBas, chief fixed income strategist at Janney Montgomery Scott. “The flattening of the curve since 2015 reflects a combination of rate hikes and slow inflation growth, and what it is signalling is that the sooner the Fed hikes rates the sooner they will cut again.”

But this cycle may turn out to be different, because of the fiscal side of the equation, according to David Ader, fixed-income strategist at Informa Global Markets.

“I can’t recall a Fed hiking cycle that came with a bear steepening of the yield curve, but can certainly envision such,” Ader said.

While short-term rates are determined by the Federal Reserve’s monetary policy, long-dated bond yields are driven by inflation expectations and are more sensitive to fiscal policy and overall economic growth.

The 5-Year, 5-Year Forward inflation-expectation rate, which measures the expected inflation rate (on average) over the five-year period that begins five years from today is at 2.38, according to Kohli. The rate has been rising since last summer to land it back at levels last seen in 2015; it’s also running slightly above the Fed’s loose inflation target of 2%.

“In the short-term, flattening of the yield curve mode [led by the short end] is the response to the risk that we might get a rate hike in two weeks,” Ader said, implying that the mode may change over the coming months.

“The Trump administration wants to spend $1 trillion on infrastructure over the next decade and cut taxes without cutting entitlements and the only way to pay for this is by borrowing. So, if the Fed keeps raising interest rates at the same time as the Treasury is issuing bonds to pay for fiscal spending, then we might see no flattening, but rather steepening in the yield curve,” Ader said.

Read: Should the U.S. roll out a 50-year Treasury bond?

“The Fed may also decide to start shrinking the balance sheet by not reinvesting maturing bonds, which would also send long-term yields higher,” Ader said.

Read: How a still-strengthening dollar could push the Fed to a new game plan