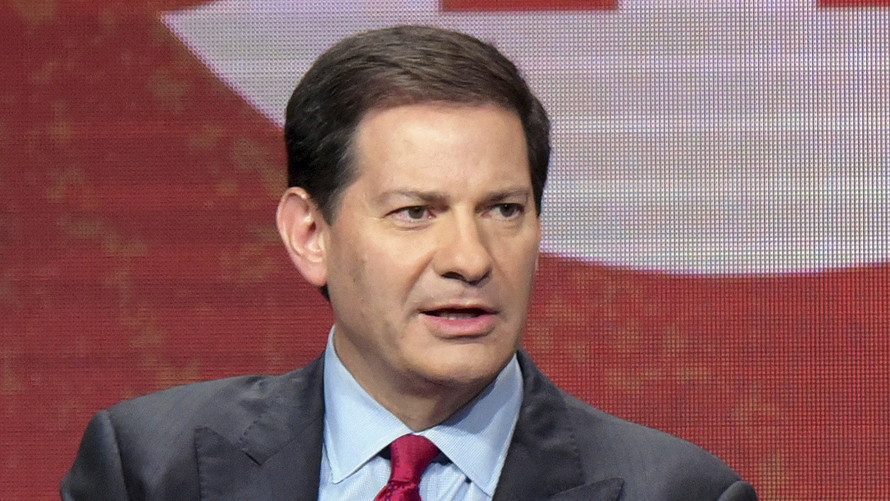 NEW YORK — A reported book deal for Mark Halperin, the “Game Change” co-author and political commentator who has faced multiple allegations of sexual harassment, is being greeted with widespread outrage. Former Fox News host Gretchen Carlson called the deal “a slap in the face to all women.”

Politico announced Sunday that Halperin’s “How To Beat Trump” was expected in November. The book draws upon observations by dozens of Democratic strategists, including Donna Brazile, James Carville and David Axelrod. It’s the first major project for Halperin since reports of harassment emerged in 2017, with former colleagues alleging crude sexual advances. Penguin Random House canceled a planned book by Halperin and John Heilemann about the 2016 presidential election and Halperin also was dropped as a commentator by Showtime and NBC News.

“Game Change,” about the 2008 election, was a best-seller co-written by Halperin and Heileman later adapted into an acclaimed HBO movie. They also teamed up on a best-seller about the 2012 race, “Double Down.”

Carlson, who would allege she was harassed by Fox chairman Roger Ailes, was among many expressing surprise and anger about Sunday’s announcement. CNN political commentator Karen Finney called Halperin “a predator” and condemned publisher Regan Arts. Political strategist Rebecca Katz tweeted that “you can beat Trump without supporting the career rehabilitation of Mark Halperin.”

Eleanor McManus, who said she was a 21-year-old job seeker when then-ABC News political reporter Halperin tried to kiss her during a meeting in his office. She’s the co-founder of PR firm Trident DMG.

“He leveraged his position as a prominent journalist to prey on women,” she said in an email. “He has yet to take responsibility for his actions by apologizing to his victims or demonstrating genuine contrition. Giving him a book once again puts him in a position of authority and that is a slap in the face to all the women that he has victimized.”

“He emailed me three questions about the 2020 race for a book he was writing and I replied in a few sentences, without giving enough thought to how my participation would be used or interpreted,” wrote Axelrod, a former advisor to Barack Obama. “By answering Halperin’s questions, I did not in any way mean to excuse his past, egregious behavior and, in retrospect, I regret responding at all.”

Regan Arts founder Judith Regan has a long history of taking on provocative and inflammatory books. While running her own imprint at HarperCollins in the 1990s and 2000s, she released such best-sellers as Jenna Jameson’s “How to Make Love Like a Porn Star” and “Juiced: Wild Times, Rampant ‘Roids, Smash Hits & How Baseball Got Big,” by former baseball star and acknowledged steroids user Jose Canseco. In the fall of 2006, to instant notoriety, Regan announced plans to publish “If I Did It,” the purported fictionalized confession by O.J. Simpson to the murders of his ex-wife Nicole Brown Simpson and her friend Ron Goldman. The book was condemned and cancelled, and Regan was fired by corporate overseer News Corp. /zigman2/quotes/201755982/composite NWSA 0.00%   near the end of 2006 over alleged anti-Semitic comments. She sued for wrongful termination and the case was settled out of court in 2008, with News Corp. issuing a statement that “it accepted Ms. Regan’s position that she did not say anything that was anti-Semitic in nature.”

Regan founded Regan Arts in 2013 and had a relatively quiet run until this weekend. On Sunday, she did not immediately respond to email and telephone messages seeking comment.

Get news alerts on News Corp Cl A — or create your own.